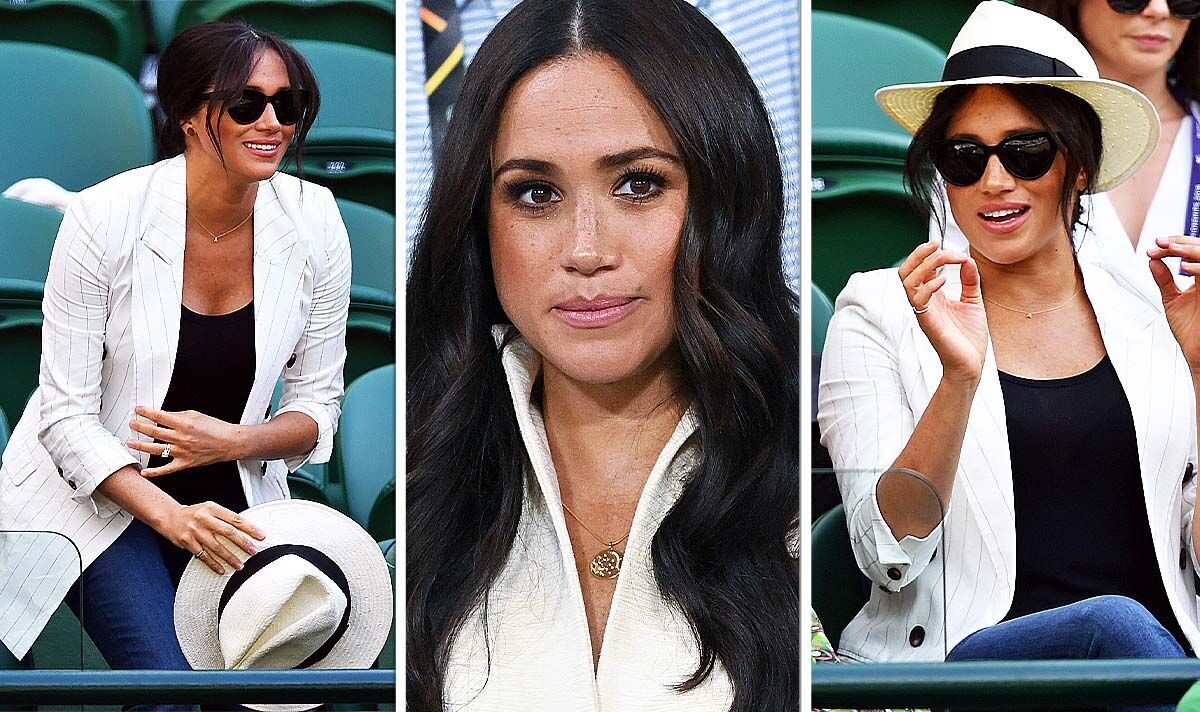 Great Britain’s Wimbledon hopes continue this afternoon as Cameron Norrie appears on Court 1 in his debut Grand Slam last 16. The 26-year-old will take on American Tommy Paul in men’s singles as he bids for a place in his first-ever quarterfinals of an important. Earlier on Sunday, Norrie’s compatriot Heather Watson saw her impressive Wimbledon run come to an end when she was defeated by Germany’s Jule Niemeier in women’s singles. Their clash on Center Court was watched by thousands of tennis fans, including familiar faces in a crowded Royal Box.

The exclusive seating area at the SW19 venue is reserved for “Friends and Guests of Wimbledon”, including British and foreign royals, celebrities and other figures.

The current championships have already hosted tennis royals fans as Princess Michael of Kent and HRH The Duchess of Gloucester both attended earlier this week.

The Wimbledon royal box has hosted all of The Firm’s core members over the years, including the Queen, Prince Charles, Camilla, Duchess of Cornwall, Prince William and Kate, Duchess of Cambridge.

Meghan Markle also attended Wimbledon in July 2019 before she and Prince Harry resigned from their royal roles.

The Duchess of Sussex was seen in the stands cheering her friend Serena Williams, who crashed dramatically on the second lap as she tried to defend her Wimbledon crown.

JUST IN: ‘It’s over for them’ Meghan and Harry warned ‘the firm wins’ if new Oprah chat goes through

However, Meghan’s visit became mired in controversy over what Wimbledon called an “uncomfortable” moment that was “crazy”.

Media consultant Sally Jones, who sat in the same row as Harry’s wife, claimed she was stopped from taking pictures of her even though she tried to take a picture of the tennis.

She said a royal protection officer asked her, “Wouldn’t you like to take pictures of the Duchess. She is here in a personal capacity.”

The tennis fan said she was stunned when she tried to capture Williams’ match and didn’t even notice Meghan.

She told the Daily Telegraph: “I think this Royal Protection Officer was quite embarrassed.

The Duchess was pictured smiling as she stepped out in a fedora, pinstripe blazer and jeans for day four of the championships.

Ms Jones went on to open up about what she claimed was overzealous royal security in an op-ed for the Telegraph.

She wrote: “This enigmatically random control freak is in direct conflict with royal practice.

“Most of the Queen’s extended family who appear in public, whether in public or private, are generally not surprised or offended to be examined or photographed by a mostly sympathetic audience, delighted at a chance encounter with yet less royal lights.

“As a journalist, I’ve covered dozens of ‘royal rosters’ over the years, from the wedding of Prince Charles and Lady Diana and Prince Edward’s first appearance as a Cambridge student on an archaeological dig in the Roman city of Wroxeter to his own wedding at Windsor castle.

“I have often witnessed the sheer joy created in ordinary citizens by the proximity of royalty.”

The Wimbledon broadcast will be broadcast live on the BBC this afternoon.