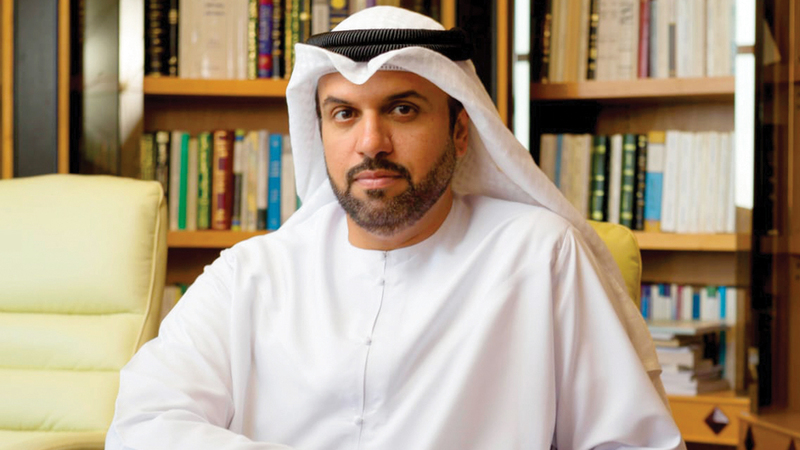 The legal advisor, Dr. Youssef Al-Sharif, confirmed that the uncle is obliged to spend on his deceased brother’s children, as a guardian, especially when the former is able to do so, and his brother is poor and his children cannot support themselves after the death. death of their family, and the mother can file a case against the uncle to oblige him to pay maintenance.

This came in the episodes aired by “Emirates Today”, through its platforms on social networking sites, to shed light on the new articles in the recently published Personal Status Law.

One questioner said she is a 45-year-old Syrian widow who does not live in the country and has three daughters, ages 15, 13 and 11. to help him, by working in the field of making clothes for some neighbors.” †

She added: “Her husband had a heart attack and he died three years ago, and she has no pension, and she struggled after him to raise and raise her daughters dependent on meeting the necessities of a simple income from her work in detail, in addition to the help she gets from some good people, but she built up debt and her condition became very difficult.”

She stated that “her husband’s brothers are well and live in Turkey, America and UAE, but there was no communication between her husband and his brothers”, noting that “good people advised her to communicate with them , because she has the right to legally bear the expenses of their nieces, and indeed she contacted her daughters uncle, the resident of the state, but he refused to help her, and asked her to escort the girls from school. and employ them, to cover their expenses or to marry them off.”

She asks: Are her daughters’ uncles obligated to support them? Can she file a case against her children’s uncle who is in the Emirates when she does not live there? Noting that it was a visit, after she struggled to get hold of the value of the visa and travel ticket.

For his part, Dr. Youssef Al-Sharif that the questioner has the right to sue the uncles of her children and ask them to spend money on her daughters, on the grounds that the uncles are their legal guardians after the death of the father, especially as these uncles are capable of it, according to the questioner.

He pointed out that the questioner is in charge of Sharia law and the law and that she can file a lawsuit in the Emirates against all uncles, even those who live abroad, as long as one of them lives in the country, and in accordance with Clause No. (6) of Article (6) of the Law on Personal Status of the UAE, which states: “State courts have jurisdiction to hear cases related to personal status filed against a foreigner who is not domiciled, residence or workplace in the country, if there are several suspects, and one of them has a residence, residence or workplace in the country.”