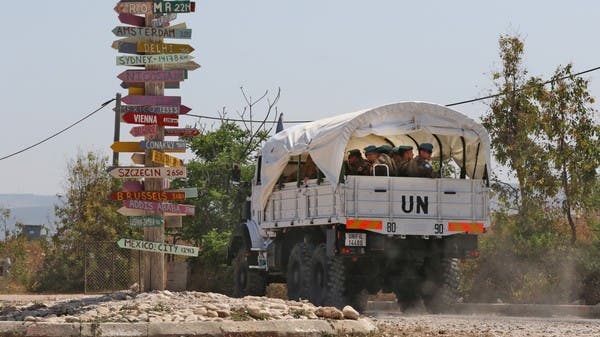 The UN mission in Lebanon on Sunday called on the country’s military to guarantee the safety of its peacekeepers after personnel had been “threatened” by gunmen the day before.

The United Nations Interim Force in Lebanon (UNIFIL) has long been deployed to the south of the country — a stronghold of the powerful Shia movement Hezbollah — to maintain a barrier with Israel as the two countries are technically at war. stay.

A routine UNIFIL patrol was confronted on Saturday with “a group of men in civilian clothes” near the Arab al-Louaize district of southern Lebanon, forces spokesman Andrea Tenenti said in a statement.

The men “threatened the soldiers and tried to take their weapons,” he said.

“Attacks, threats and acts of intimidation against UNIFIL peacekeepers…are a matter of serious concern, and we call on the Lebanese Armed Forces to ensure the safety, security and freedom of movement” of the UN force, he said in a statement. .

Lebanese authorities have not commented on Saturday’s incident.

UNIFIL was reinforced after a devastating month-long war in 2006 between Israel and Hezbollah.

Hezbollah was the only faction allowed to keep its weapons after the end of the civil war in Lebanon in 1975-1990, and tensions between its supporters and UN peacekeepers are far from rare, although they are usually quickly contained.

UNIFIL is largely made up of contingents from European countries and has approximately 10,000 peacekeepers in Lebanon.