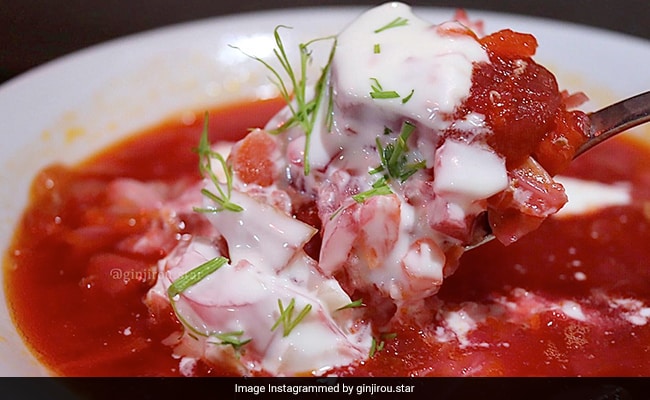 The commission noted that the war had “threatened the viability of soup culture in Ukraine”.

The UN cultural agency on Friday inscribed the culture of cooking borscht soup in Ukraine on its list of endangered cultural heritage, in a move Kiev urged but vehemently opposed by Moscow.

Ukraine considers borshch – a thick, nutritious soup usually made with beetroot – a national dish, although it is also widely consumed in Russia, other ex-Soviet countries and Poland.

The culture of Ukrainian borshch cuisine “was today inscribed by a UNESCO commission on the UNESCO list of the intangible cultural heritage in urgent need of protection”.

The decision was approved after an accelerated process prompted by Russia’s invasion of Ukraine and the “negative impact on this tradition” caused by the war, UNESCO said.

Adding the soup culture to the UNESCO list aims to mobilize attention to ensure that it is preserved despite the risks to its existence.

The commission noted that the war had “threatened the viability of soup culture in Ukraine”.

“The displacement of people (poses a threat) … because people are not only unable to cook or grow local vegetables for borscht, but also to come together … which undermines the social and cultural well-being of communities .”

Russian Foreign Ministry spokeswoman Maria Zakharova had dismissed the move as an attempt to make it “one people… one nationality… This is xenophobia,” she said.

But UNESCO noted that Ukrainian borshch was just a version of a dish popular elsewhere and essential to everyday life in the country.

“Ukrainian borshch – the national version of borscht consumed in several countries of the region – is an integral part of Ukrainian family and community life”.