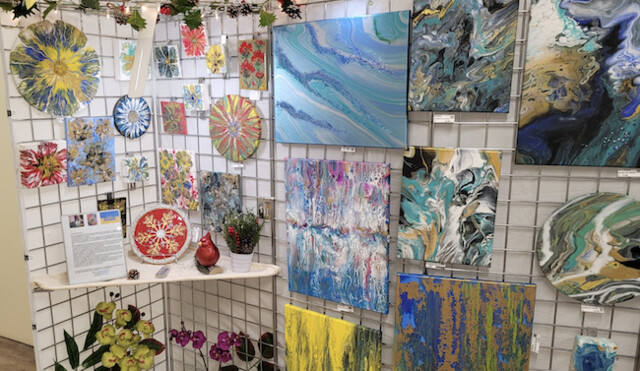 But memories of the war remain for the woman who escaped Russian bombs to find safe haven in Vernon.

While the Russian army mercilessly bombarded Bucha, Ukraine, Makarchuk had no choice but to flee the advancing enemy.

She and her husband lived in Bucha for 18 years, but their lives turned upside down when the war ravaged them.

Her hometown of Severodonetsk was also heavily bombed by what she described as “the invasion of Russian terrorists.”

“Due to the Russian troops invading and occupying my city of Bucha and the atrocities they commit there, we were forced to hide in our root seller for more than two weeks, sleeping on an unheated earthen floor while our street was hit with rockets, tanks circled us and attack helicopters flew overhead,” she said.

In mid-March, Makarchuk managed to flee Ukraine and eventually ended up with relatives in Vernon via Slovakia, Poland, Germany and the United States.

Not only did Makarchuk find a safe haven from war, but she also found a place to pursue her art, which can be seen at the Vernon Community Arts Center in Polson Park.

“It was here, painting the work you see today, I was able to take my mind off the horrors I saw, the sounds I heard and the nightmares I went to sleep in every night, wondering if I was the tomorrow,” said Makarchuk.

“It is no exaggeration to say that I am given this opportunity to make art in what I know is a safe country, in a city with such wonderful kind people, who I know my sanity is on the mend.”

Makarchuk’s work is currently on display at the Vernon Community Arts Center as part of the Artsolutely sale and fundraiser that runs until 1 p.m. Dec. 24.