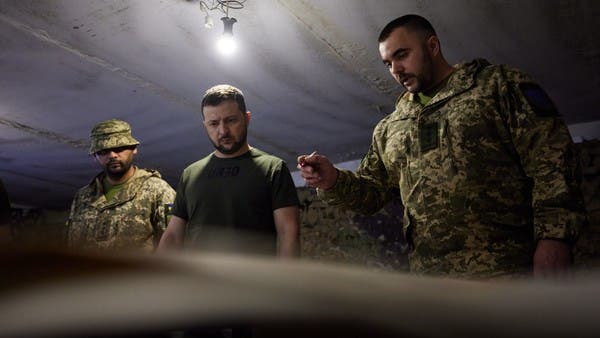 “I want to thank you for your great work, for your service, for protecting all of us, our state,” Zelenskyy was quoted as saying, adding that he held a minute of silence for fallen troops.

Oleksandr Starukh, governor of the Zaporizhzhya region, told Zelenskyy that about 60 percent of the region’s territory is under Russian occupation, with more than 2,700 infrastructure objects damaged or destroyed.

Zelensky’s office later said the president also visited a medical facility in the region and spoke to people who were forced to leave their homes, including from Mariupol, which is now in Russian hands after being besieged for weeks.

He promised action to ensure that all displaced persons would be accommodated properly.

“We will really help you tackle this problem,” the president’s office quoted him as saying.