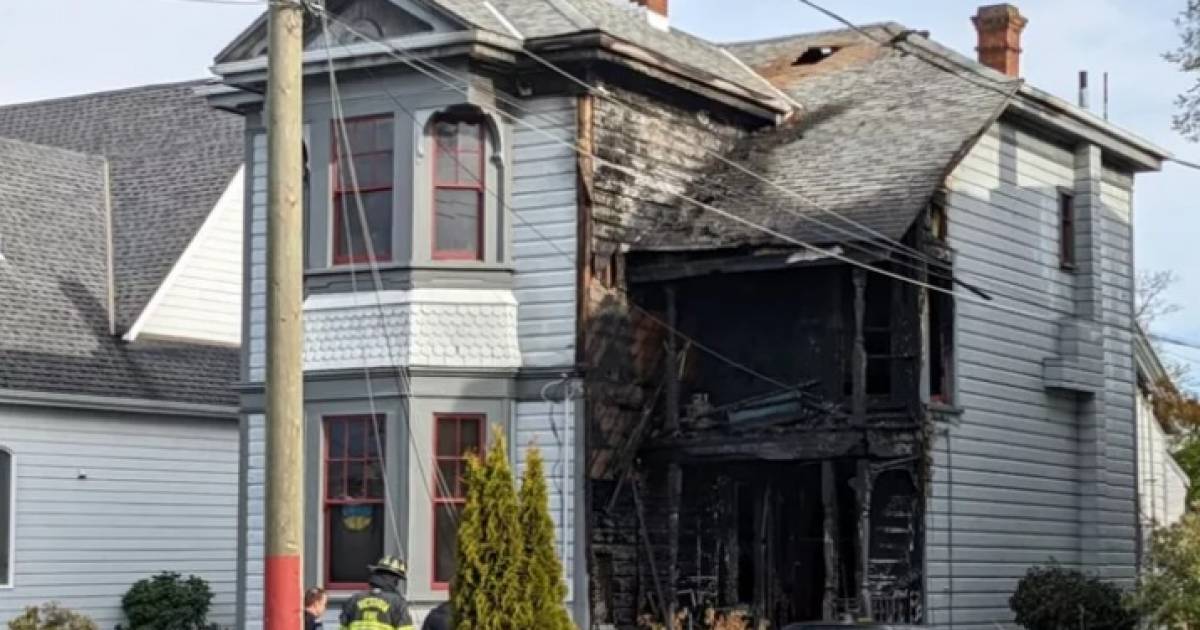 A GoFundMe page has been set up for a Ukrainian family of five in Victoria whose house was set on fire on Wednesday (April 20).

Andriy Fabrikov, a board member of the Ukrainian Cultural Center in Victoria, created the page to “buy basic necessities (food, clothing, etc.) and support their cat, who is now recovering at a veterinary clinic”.

Victoria firefighters were able to save the family of Ukrainian priest Father Yuriy Vyshnevskyy in the Fernwood neighborhood. The family lives next to the Ukrainian Catholic Church of St. Nicholas.

According to the Victoria Police Department, patrol officers and firefighters arrived at the scene at the 1100 block of Caledonia Avenue shortly after 1 a.m. They found the house completely engulfed in flames.

“Four residents of the house were evacuated, while an additional resident had to rescue a ladder by firefighters from a second-floor window sill,” the Victoria Police Department said in a press release.

Vyshnevskyy told CBC Radios All Points West show that his oldest daughter landed on shattered glass and was taken to hospital with a non-life-threatening injury. The GoFundMe page said she was “severely injured” after jumping from the second floor.

The priest believes the fire started when someone poured gasoline through the letterbox and set it on fire.

It is being investigated as arson. According to CBC News, police are also investigating whether this was a hate crime, although at this point there is “no indication of a motive other than the fact that it was an arson”.