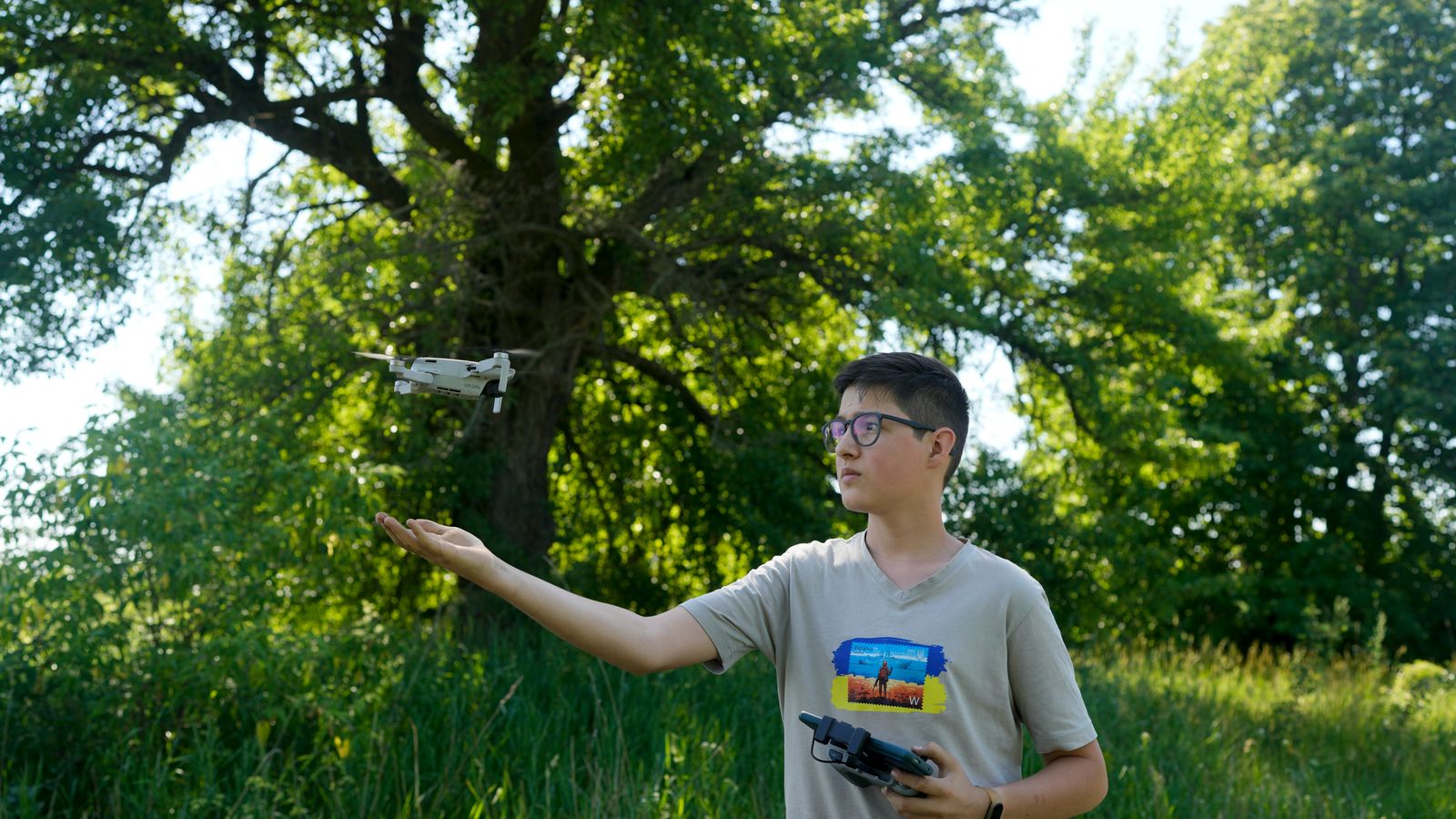 A Ukrainian teenager and his father spied on a Russian convoy on the outskirts of Kiev using a small drone and relayed information to the Ukrainian military.

They took bird’s-eye pictures of the Russian tanks and trucks as they approached their village and determined the coordinates of the convoy before sending the intelligence to the military.

Within a few minutes, UkraineThe army hit the column with heavy shelling.

Andriy Pokrasa, 15, and his father Stanislav, 41, have been praised for their voluntary aerial reconnaissance work during the early days of the invasion when Russian forces from the north made a failed attempt to take the capital Kiev.

The pair followed the convoy for a full week after the invasion on February 24.

“These were some of the scariest moments of my life,” the teen said.

“We provided the photos and the location to the armed forces. They reduced the coordinates more accurately and passed them on via walkie-talkie to adjust the artillery.”

His father added that his son is a much better drone pilot.

“I can fly the drone, but my son is doing much better,” he said.

“We immediately decided that he would do it.”

While unsure of how many Russian targets were destroyed with the help of their intelligence agency, they saw the devastation on the convoy when they later flew the drone over the area.

“More than 20 Russian military vehicles, including fuel trucks and tanks, have been destroyed,” Pokrasa said.

However, as fighting intensified on the outskirts of Kiev, the Ukrainian army urged the Pokrasa family to leave their village, which was eventually occupied by Russia.

Since all adult males up to the age of 60 were ordered to remain in Ukraine, Mr Pokrasa was unable to join his wife and son as they fled to Poland.

They came back a few weeks ago when Andriy finished his school year.

“I was glad we destroyed someone,” the teenager said.

“I was happy that I contributed, that I was able to do something. Not just sitting and waiting.”