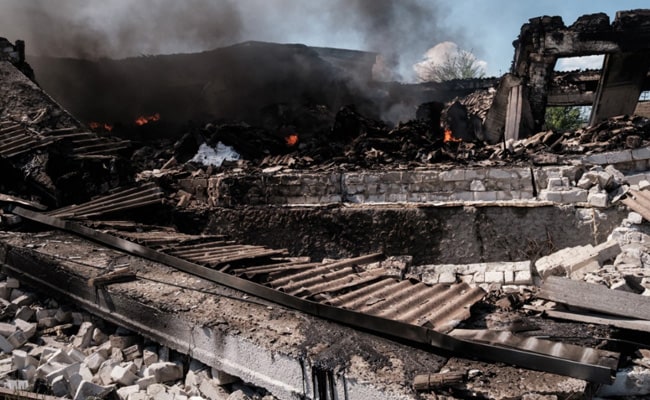 On Monday, the Ukrainian army said Moscow forces had pushed its forces back from the city center.

Ukrainian authorities said on Tuesday that a third bridge to Severodonetsk had been destroyed, but the eastern city had not been cut off, despite Russian forces knocking down after weeks of bloody fighting.

The head of the city administration, Oleksandr Stryuk, said “mass shelling has destroyed a third bridge” across the Siverskyi Donets River, which connects the city to Ukrainian-controlled Lysychansk.

“But the city is not isolated,” Stryuk told Ukrainian television.

“There are communication channels, even if they are quite complicated.”

He said Ukrainian troops “continue to defend the city” and that fighting is ongoing 24 hours a day, adding that the ground situation “changes hourly”.

On Monday, the Ukrainian army said Moscow forces had pushed its forces back from the city center and Russian-backed separatists claimed the city was “blocked”.

“Russian forces are not giving up their attempt to storm the city, but the (Kiev) army is holding out,” Stryuk said.

He estimates there are “about 540 to 560” civilians hiding in the shelters of the Azot chemical plant in the city.

He said it was “difficult” to support them, but that there are “some reserves” in the factory.

“Russian forces are trying to encircle units of our troops,” Gaiday said a day after admitting that Moscow’s military had “more than 70 percent” of the city under control.

He said Moscow’s troops had been reinforced in the city by “two tactical battalion groups”.