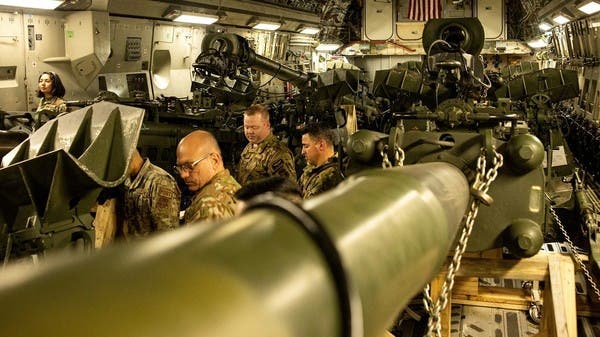 “Our country’s coastal defenses will not only be strengthened by harpoon missiles – they will also be used by trained Ukrainian teams,” Reznikov wrote on his Facebook page.

He said Harpoon’s shore-to-ship missiles would be used alongside Ukrainian Neptune missiles to defend the country’s coast, including Odessa’s southern port.

After launching the invasion of Ukraine on February 24, Russia imposed a naval blockade of Ukrainian ports, hampering vital grain exports.

It has also used its Black Sea fleet to launch missile strikes on Ukraine, which has been receiving Western military aid ever since.

Reznikov said the harpoon missile deliveries were the result of cooperation between different countries, and said the deliveries from Denmark were made “with the participation of our British friends”.

US Defense Secretary Lloyd Austin said on Monday that Denmark would supply a harpoon launcher and missiles to Ukraine.

Last month, a senior US defense official said the US military had begun training a small number of Ukrainian troops in howitzer artillery use, adding that the training was being conducted outside Ukraine.

Ukraine has said it wants to secure supplies of US-made long-range M270 multiple rocket launchers (MLRS) and use them in repelling Russian forces in the east of the country.

The Harpoon is an all-weather, over-the-horizon, anti-ship missile that uses active radar homing and flies just above the water to evade defenses. It can be launched from ships, submarines, aircraft or coastal batteries.

Russia says its troops are conducting a special operation to demilitarize Ukraine and rid it of radical anti-Russian nationalists. Ukraine and its allies call that a false pretext to invade Ukraine on February 24.

Moscow-backed Orthodox Church says it will cut ties with Russia