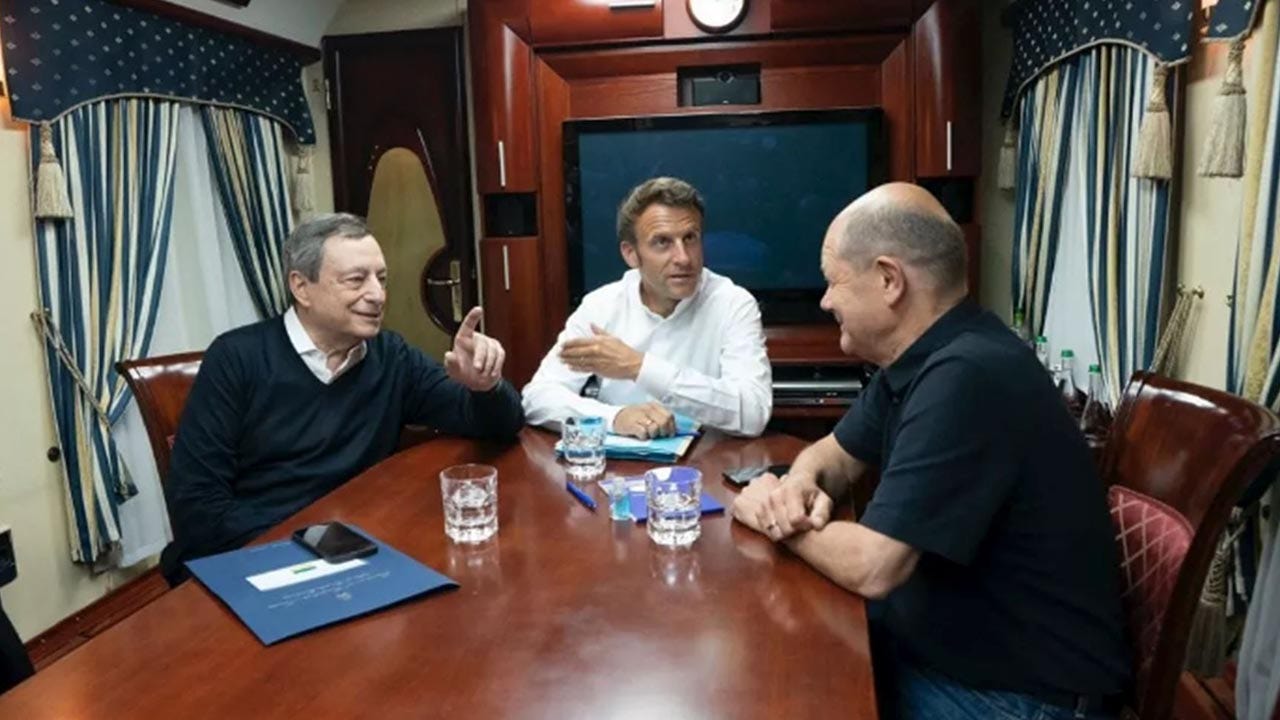 The leaders of France, Italy and Germany arrived in Kiev from Poland on Thursday morning, where they were expected to meet Ukrainian President Volodymyr Zelenskyy to show their support.

“It is a message of European unity to the Ukrainian people, support now and in the future, because the coming weeks will be very difficult,” Macron told reporters when they arrived.

“This illegal Russian aggression must stop!” Iohannis was tweeting when he arrived.

The visit will be the men’s first since Russia invaded Ukraine in late February and comes amid fierce fighting in the disputed Donbas region as the war stretches into its fourth month, the AFP news agency reported.

It also marks the most high-profile visit since the invasion.

Air raid sirens went off as the men prepared for the meeting in their hotel – not infrequently in Kiev.

As he left his hotel in Kiev, Macron held his breath and said in English: “I want to show my admiration for the Ukrainian people.”

The German news agency dpa quoted Scholz as saying that the leaders want to show solidarity, but also their commitment to maintain their financial and humanitarian aid to Ukraine and their arms supply.

Scholz added that this support would continue “for as long as necessary for Ukraine’s struggle for independence”.

Other world leaders, such as British Prime Minister Boris Johnson, Speaker of the House Nancy Pelosi and Senate Leader Mitch McConnell, have met with Zelenskyy in Kiev.

The trip was unannounced, but Macron had already visited the region.

Macron said in Romania this week that Ukraine and Russia should eventually talk to each other.

“At some point, when we have helped Ukraine as much as possible to resist, when I hope Ukraine will have won and the fighting will have stopped, we will have to negotiate,” he told reporters, according to the Wall Street Journal. He was in the country to visit French troops.