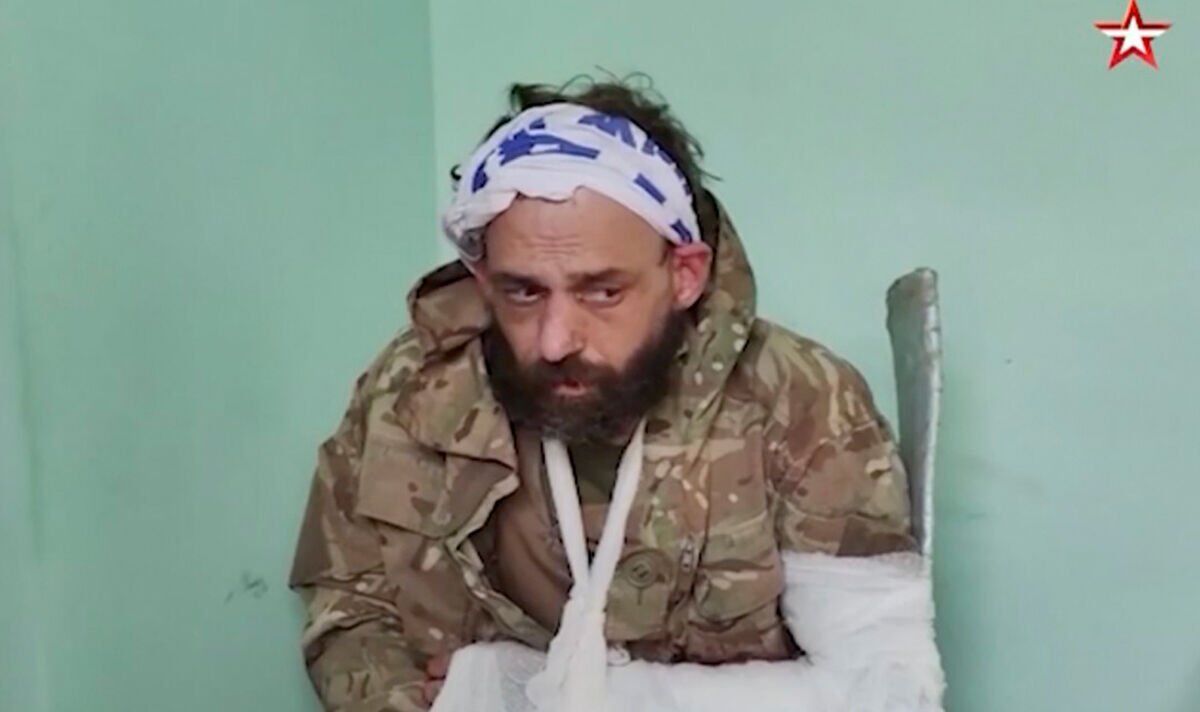 Andrew Hill, reportedly from Plymouth, was captured while being interrogated by unidentified Russians, in a video released by the Ministry of Defence. It comes in response to reports that former British soldiers had traveled to Ukraine to fight alongside the defending army.

The man, who appeared to be wounded in camouflage clothing, called his name Andrew Hill and spoke with a British accent.

In the images he can be seen with a kind of bandage on his head and blood on his right arm.

While questioned, Mr Hill said: “I have no rank […] All I know is that the Foreign Legion said I could help.”

The Russian Defense Ministry claimed that he had surrendered to Russian forces in the Mykolaiv region of southwestern Ukraine.

The UK Foreign Office did not immediately respond to a request for comment when approached by Reuters.

Hill said during the interrogation that he was from Plymouth, had four children and a partner.

He said he had traveled of his own accord to help Ukraine. He was carrying a weapon when he was captured, he said, and Russian troops had confiscated his passport.

When the man asked if he was safe, one of the Russians replied, “Yes, you are absolutely safe.”

The Russians said he would receive medical care for his injuries, including a bullet wound of some sort.