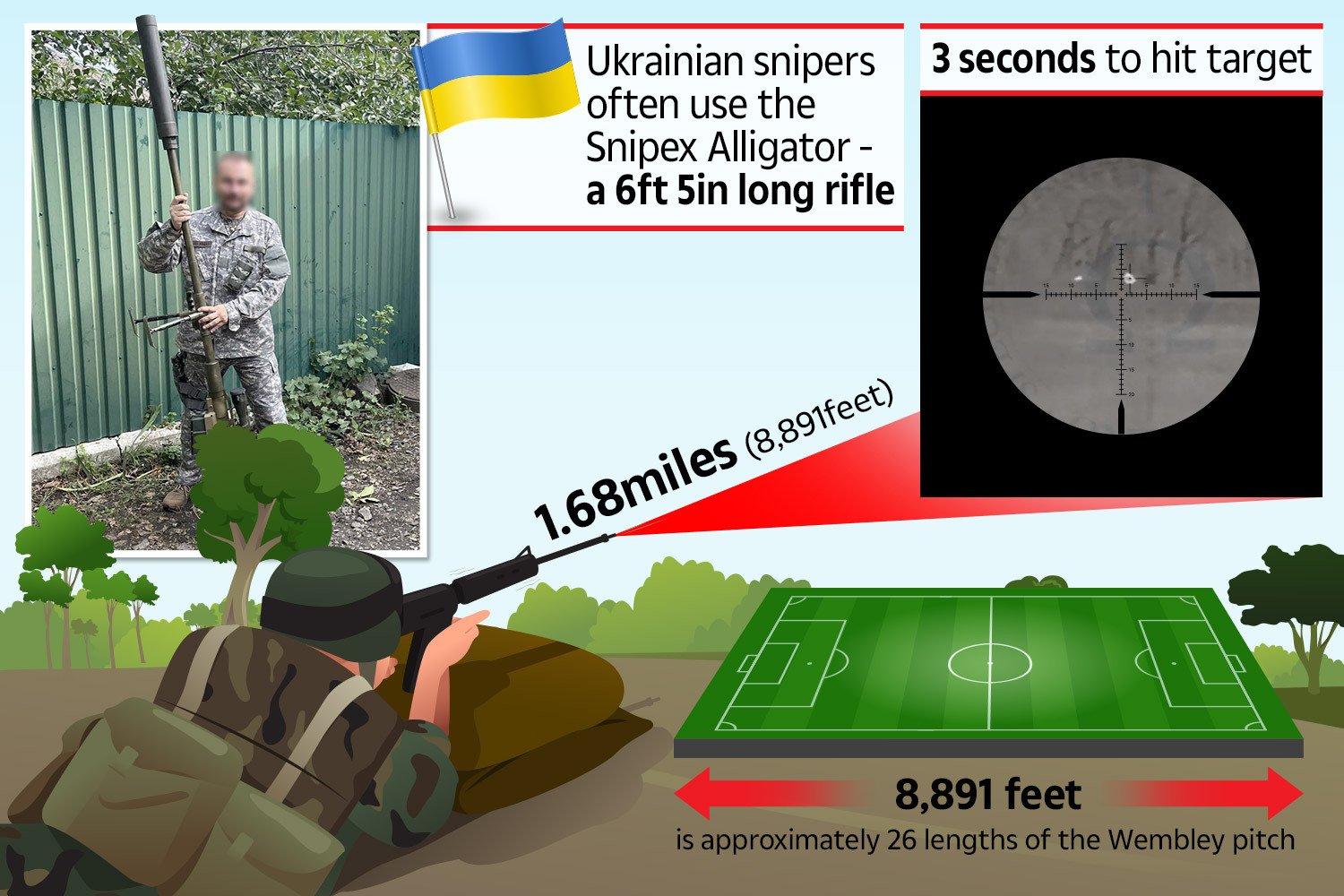 A SNIPER wiped out a Russian soldier 2.7 miles away in the second-longest combat kill on record, Ukraine claimed.

Extraordinary footage showed the moment when the Ukrainian sniper allegedly took the shot from an impressive distance of 2,800 meters – the length of 26 Wembley football pitches.

A shocking video shows the Russian soldier falling to the ground after the skilled Ukrainian sniper took the shot from a distance.

The Office of Strategic Communications of the Armed Forces of Ukraine said the sniper was very close to the world record for the longest combat kill.

They said: “The occupier was eliminated by an accurate shot by our special forces from a distance of 2,710 meters (8,891 ft) – a distance now ranked second in the world, confirmed by the Armed Forces command.”

Ukrainian snipers use some of the most powerful rifles ever made: the 6ft 5in Snipex Alligator and the 5ft 9in Sniper T-Rex. 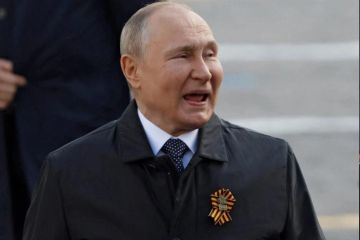 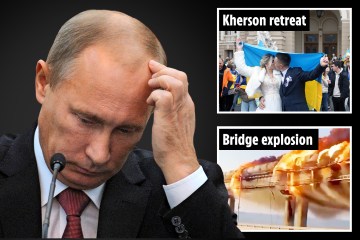 Both have a muzzle velocity of 3,200 feet per second – meaning it would only take three seconds to hit the target.

The weapons can fire a 14.5mm bullet over a range of more than six kilometers.

The Ukrainian sniper’s skill to take down an insurgent 2.7 miles away requires great eyesight, precision of ammunition and firearms, and intense training.

“Very fast and accurate work from one of them last night.”

The current world record for long-range sniper kill is 3,540 yards, set by a Canadian special operations sniper in Iraq in 2017.

The longest confirmed world kill record was previously held by British sniper Craig Harrison, who in 2009 shot down a Taliban soldier with a 338 Lapua Magnum rifle from 8,000 feet – equivalent to 1.5 miles.

Previously, Canadian Corporal Rob Furlong had set the world record at 7,972 feet in 2002 when he shot down an Afghan insurgent with an RPK machine gun during Operation Anaconda in 2002.

Weeks earlier, the record was held by Canadian Corporal Arron Perry, who shot dead an insurgent from 2,200 meters during the same operation.

According to Ukraine, the Ukrainian sniper’s combat kill has now taken second place in the record books, dropping Harrison to third in the rankings.

Terrifying Ukrainian snipers have been on the bloody front lines of the war with Vladimir Putin for months.

A mother who became the face of the Ukrainian resistance fights in deadly “kill or be killed” battles with the Russians.

11,300 feet – A member of Canada’s Joint Task Force 2 killed the insurgent with a McMillan TAC-50 sniper rifle during an operation in Iraq in 2017

7,972 feet — Canadian Corporal Rob Furlong shot down an Afghan insurgent with an RPK machine gun during Operation Anaconda in 2002

An iconic photo of Mariana Zhaglo, 52, wielding her sniper rifle was seen around the world in January — and she’s been on the frontline ever since.

She promised to give Vlad a “long and gradual” death if she ever gets the chance.

And a sniper hailed as Ukraine’s very own “Lady Death” becomes a national hero as she defiantly fights Russian soldiers undercover.

Known only as Charcoal, the sniper’s identity is shrouded in mystery as she vows to fight Putin’s butchers “to the end”.

Charcoal has been compared to Ukrainian-born sniper Lyudmila Pavlichenko for her heroic efforts.

Pavlichenko earned herself the nickname Lady Death when she solved 309 Nazi murders in World War II and it is said that she has never lost a sniper duel during her years of service – she always gets her man.

Wail had previously traveled to Iraq alone to fight ISIS in 2015.