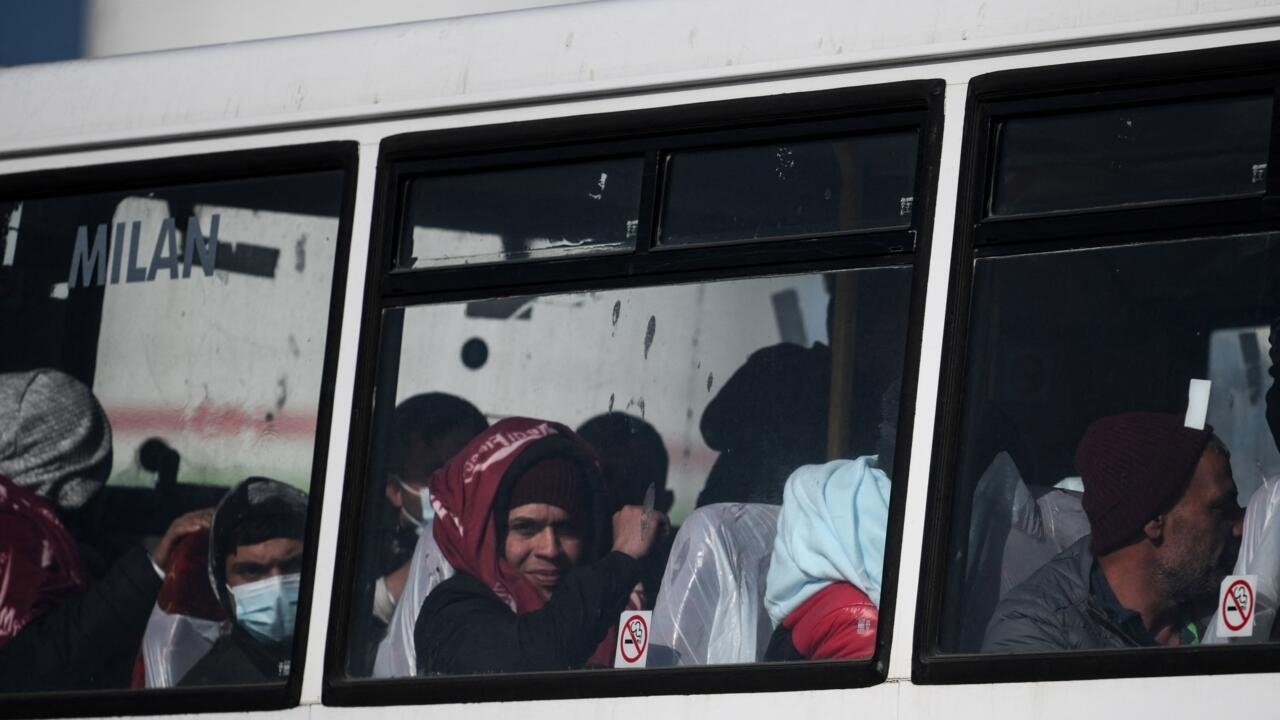 The British government was set to send its first plane carrying asylum seekers to Rwanda on Tuesday, despite the latest legal bids and protests against the controversial policy.

A chartered plane was set to leave one of London’s airports overnight and land in Kigali on Tuesday, campaigners said, after British judges rejected an appeal against the deportations.

Plaintiffs had argued that a decision on the policy should have waited until a full hearing on the policy’s legality next month.

31 migrants were supposed to be sent, but one of the claimants, the NGO Care4Calais, tweeted that 23 of them had their tickets now cancelled.

Among those who will be deported are Albanians, Iraqis, Iranians and a Syrian, Care4Calais said.

Other plaintiffs included the Public and Commercial Services Union, whose members will have to carry out the removals, and the immigration support group Detention Action.

PCS chief Mark Serwotka said on Sunday it would be “a terrible situation” if Tuesday’s moves were found illegal during the full hearing.

Home Secretary Priti Patel would have to wait for the July hearing if she had “any respect not only for the desperate people who are coming to this country, but also for the workers she employs,” Serwotka told Sky News. . Protesters gathered outside the Royal Courts of Justice and the Home Office on Monday.

Church of England leaders, including the highest cleric, the Archbishop of Canterbury, Justin Welby, reiterated criticisms of the policy as “a policy that should put us to shame as a nation”.

“Our Christian heritage should inspire us to treat asylum seekers with compassion, fairness and justice, as we have done for centuries,” Welby and 24 other bishops wrote in Tuesday’s Times newspaper.

“Evil trafficking” must be combated by providing safe routes to the UK to “reduce dangerous travel”, The Times quoted the bishops as saying ahead of the letter’s publication.

Patel and Prime Minister Boris Johnson insist the policy is needed to halt a tidal wave of all-too-often deadly migrants crossing the Channel from France.

“It is very important that the criminal gangs that are endangering human lives in the Channel understand that their business model will be broken,” Johnson told LBC radio on Monday.

“They are selling people falsely and luring them into something that is extremely risky and criminal.”

Under the agreement with Kigali, anyone landing illegally in the UK can get a one-way ticket for processing and resettlement in Rwanda.

The government says that genuine asylum seekers should be content with staying in France.

And unlike the UN refugee agency UNHCR, it insists that Rwanda is a safe destination with the capacity to host potentially tens of thousands of British claimants in the future.

Doris Uwicyeza, chief technical adviser to the Rwandan Justice Ministry, has opposed criticism of the human rights record of the government of President Paul Kagame, which will host a Commonwealth summit this month attended by Prince Charles and Johnson.

The 1994 genocide in Rwanda made it particularly attentive to “protect everyone from hate speech and discrimination,” including gays, she told LBC radio.

International NGO Human Rights Watch has issued a public letter warning that “serious human rights violations continue to this day in Rwanda, including repression of freedom of expression, arbitrary detention, ill-treatment and torture”.