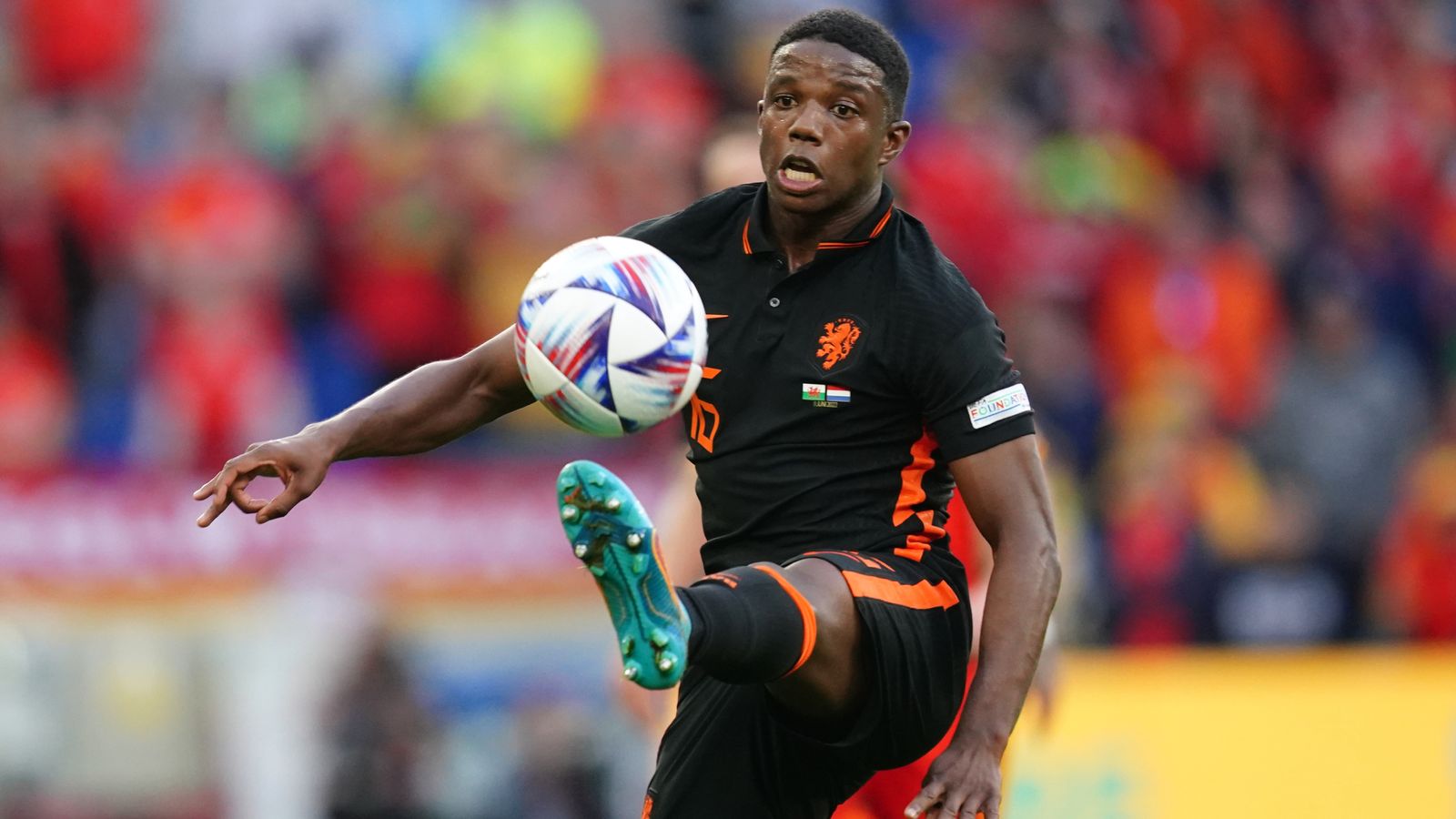 Manchester United are “waiting” for Feyenoord left-back Tyrell Malacia to approve a transfer to Old Trafford after the Dutch club confirmed an agreement had been reached on a fee.

United have accelerated their interest in Malacia in a bid to beat Lyon for a deal worth £13million.

Feyenoord director Frank Arnesen confirmed United’s belated attempt to star Lyon at the signing of the Dutch international, telling 1908NL: “The agreement with Man United is here. We are now waiting for Tyrell.

“If Malacia says yes, then a transfer to Manchester United is imminent.”

Malacia fits the profile of the player the Dutchman wants at Old Trafford and he shares an office – HCM Sports Management – with Frenkie de Jong; the club’s main target this summer. The same agency also represents Donny van de Beek and Victor Lindelof.

Talks are well underway over an initial £56m deal for the Barcelona midfielder, which would allow United to turn to other players on a shortlist for their rebuild.

United have returned to pre-season preparation this week, with Ten Hag taking charge of his first session with the club’s players.

“This is an interesting left-back is where Man United are well stacked. There isn’t necessarily a very desperate need for them.

“One person I speak to says he’s the best left back in the Eredivisie. Malacia is fast, quick and likes to move forward. You see a lot of flashy recovery tackles that look great, but I’m also concerned as a defender must go back.

“He puts in so much effort, he wants to get involved in the future game and that’s what fans of Man United want to see. I understand why there is interest from United as such a dynamic player can change the way you attack.”

Discussions on the finer details of a deal for De Jong continue and there is still work to be done, but there seems to be more confidence in a deal.

Personal terms are not expected to be a problem for the midfielder, who played 46 times for Barcelona last season and has four years left on his current contract at Nou Camp.

De Jong played at Ajax under new United boss Erik ten Hag and was part of the squad that completed the Eredivisie and KNVB Cup double during the 2018/19 season, as well as reaching the semi-finals of the Champions League.

His potential arrival at Old Trafford is timely as Juan Mata, Nemanja Matic and Paul Pogba have already left this summer, leaving the club running out of options in the middle of the park.

If Man Utd are to play the ‘dominant, dictating’ football that Erik ten Hag wants, their midfield will need an upgrade. Frenkie de Jong could be a solution, writes Peter Smith of Sky Sports.

The stylish midfielder does his best work from the deep end, stepping past challenges or getting a pass through the lines to help his team onto the pitch.

He rarely gives the ball away. He had a 91 percent pass rate in La Liga last season and, in addition to that stat, he also eclipsed McTominay and Fred in stats measuring dribbling success, touch quality and how often they were dispossessed.

De Jong may not be the only answer to United’s problems, but he would bring an upgrade to their central midfield and open a way to play Ten Hag’s desires.