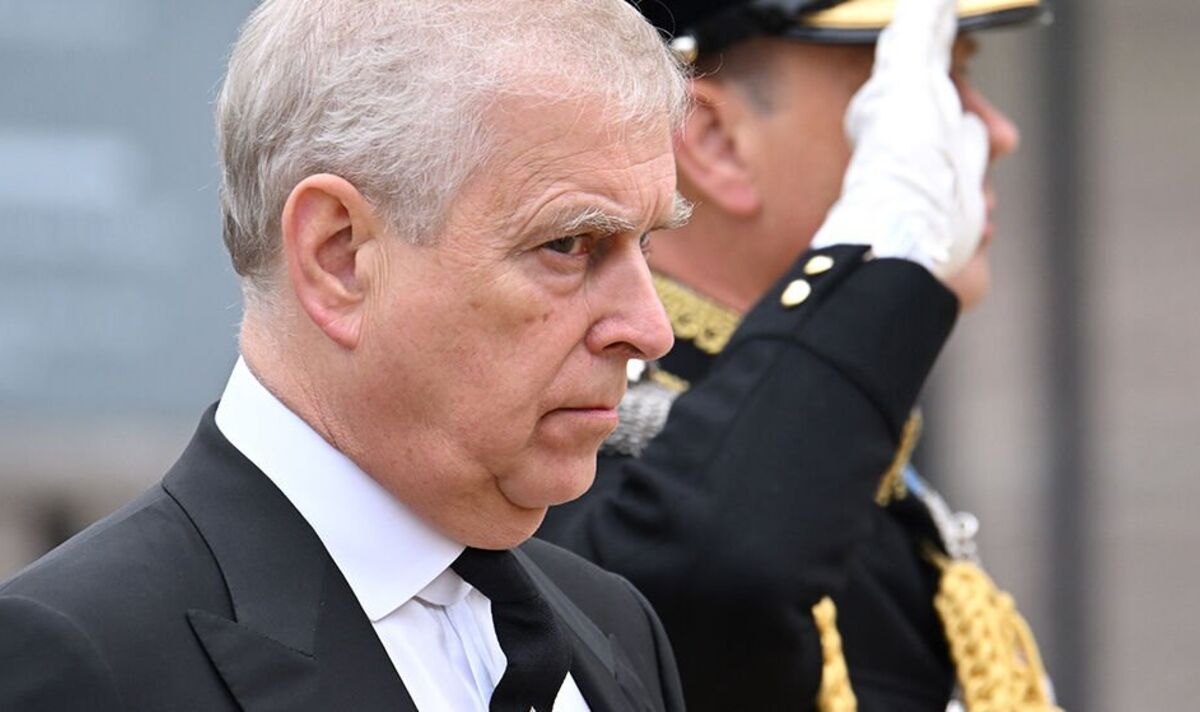 Two men have been charged with assault in connection with an incident in which a con man was allegedly thrown to the ground during Queen Elizabeth II’s coffin parade in Edinburgh. Police opened an investigation after members of the public intervened in connection with an incident in which Prince Andrew was “verbally abused” on September 12 as he walked behind his mother’s coffin on the Royal Mile.

The protester, a 22-year-old man, was subsequently charged with violating the peace and will appear in court at a later date.

Widely circulated footage showed a man being dragged to the ground shortly after the Queen’s coffin left the Palace of Holyroodhouse, to which it had been transported after her death at Balmoral Castle on September 8.

A Police Scotland spokesperson said: “Two men, both 34, have been arrested and charged with assault after an incident on the Royal Mile on 12 September.

“A report will be sent for tax assessment.”

At the time of the incident, all four of the Queen’s children, including King Charles III and Princess Anne, were walking behind their mother’s coffin as it was taken to St Giles’ Cathedral after leaving the palace.

Andrew, 62, stepped down from royal duties in 2019 amid controversy surrounding his friendship with the late American financier and sex offender Jeffrey Epstein, who committed suicide that year while awaiting trial on sex trafficking charges.

He added: “This is a period of national mourning and indeed sadness for the vast majority of the UK and I think that’s what you see happening every day.”

The day after the incident involving the Duke of York, a spokesman for the National Police Chiefs’ Council said: “We know that some people want to protest a range of issues at this time of national mourning, and officers must weigh these rights against those of which wish to mourn and reflect.

“We have provided guidance to the armed forces on how to do this, to ensure national consistency of approach.”