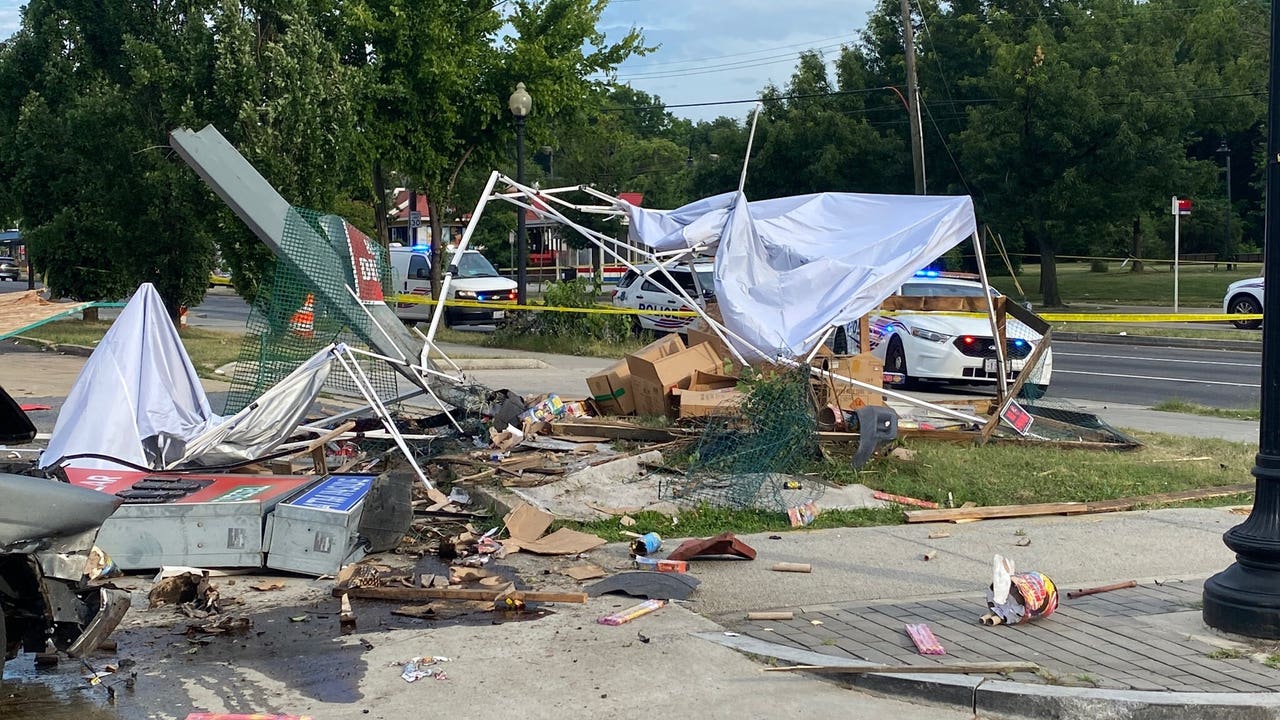 WASHINGTON † Police say two men were killed after a motorist crashed into a fireworks stand in the northeast on Saturday.

Metropolitan Police Department officials said the incident happened around 5:30 p.m. Saturday when a truck traveling northbound on Minnesota Avenue ran a red light and hit a bicyclist on the crosswalk.

The truck continued to drive after the collision and collided with a fireworks stand at a gas station on the corner of Nannie Helen Burroughs and Minnesota Avenues.

Two men were killed in the accident, according to police. One of the victims was the cyclist and the other was a man working at the fireworks stand.

The driver of the truck and a passenger were taken to hospital, but police did not provide an update on their condition.

Police said the driver of the car was in a medical emergency at the time of the accident. They said they were still investigating the emergency.

Police do not know if anyone was still at the fireworks display at the time of the accident. They add that they do not believe fireworks went off during the crash.

Police are providing updates after a truck crashed into a fireworks stand in northeast DC, killing two people.

FOX 5 spoke to a local resident who said he was stunned at what happened.

“My sister told me she was down here with her husband and a guy had a serious accident and she said she put his head on the ground,” Mercellus Thomas described to FOX 5. “This terrible, as many things happen in this city and like people need to get safer and cherish their time like life is short.”

Police said they are still investigating the incident and are asking anyone who may have witnessed the crash to contact MPD by phone at 202-727-9099 or by text at 50411.