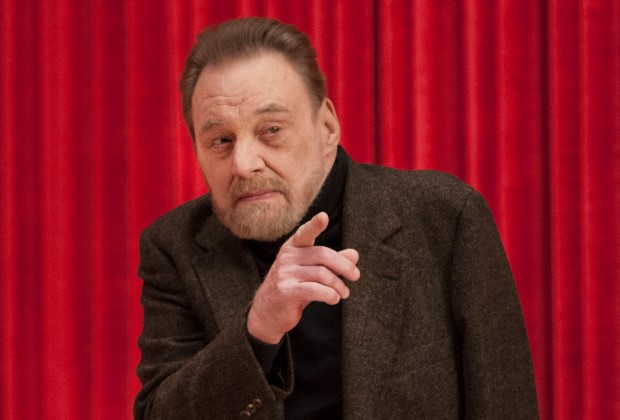 Al Strobel, the actor who played Phillip Gerard (aka “The One-Armed Man”) Twin Peakshas passed away. He turned 83.

Strobel died Friday, December 2, as confirmed by Peaks producer and longtime David Lynch collaborator Sabrina Sutherland. “Through the darkness of the future past and great sorrow, we bid farewell to Al Strobel,” she said in a statement on behalf of his family. “He is an irreplaceable human being and will always be an important part of us Twin Peaks family.”

A cause of death has not been disclosed.

Series co-creator Mark Frost put on a tribute to Strobel Twitter writing, “Oh no… Dear Al… if those of you lucky enough to have met him over the years, what a warm and wonderful gentleman he was. RIP, friend.”

Dana Ashbrook, who played bad boy Bobby Briggs, added: “Sad, sad news…love Al. He was the sweetest of men. A wonderful storyteller… and to watch him roll a cigarette with one hand – pure magic.

Strobel lost his left arm in a car accident when he was only 17 years old. He appeared in all eras of Twin Peaks, including the original run of the series, the movie Twin Peaks: Fire walk with me in 1992, and the Showtime revival in 2017. In the show, his character cut off his own arm to prevent an evil entity from possessing him.

Peaks premiered on ABC in 1990 and ran for two seasons and produced 30 episodes. The revival run added an additional 18 episodes. Strobel appeared in a total of 19 episodes.

The actor’s other credits include a TV movie Child of darkness, child of light in 1991. On the film side, he appeared in Shadow Play, Sitting Target, Megaville and Ricochet River.