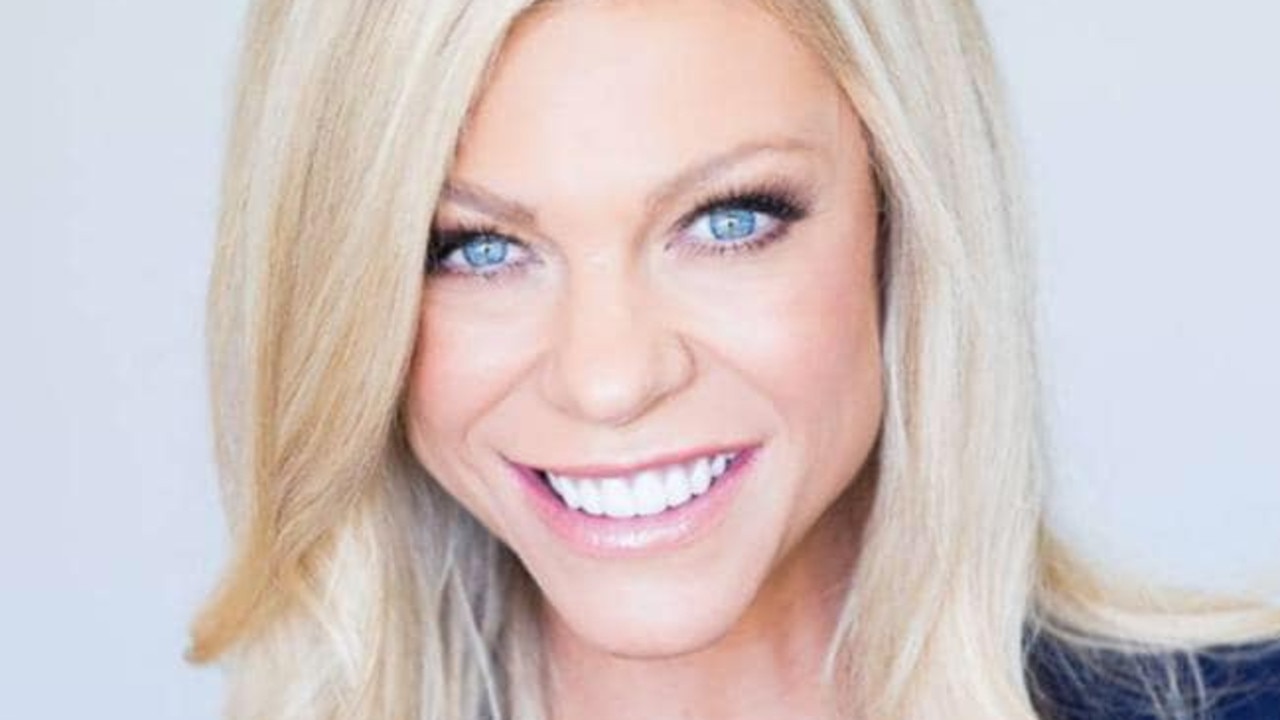 Best known for her regular appearances on morning television, Erin, 42, left behind a large family, including her husband and three daughters, but touched the lives of countless others.

On Thursday, those who knew her gathered at the Northern Suburbs Memorial Gardens and the Dee Why RSL on Sydney’s Northern Beaches, where Erin lived with her family.

A live stream of the service was broadcast to the RSL to cater to those unable to attend the funeral in person.

Several of Erin’s immediate family members spoke of the bubbly, loud, enthusiastic, loving person she was—one who devoted her life to making others happy and who never entered a room without brightening it.

Her daughters stole the show.

The ceremony for Erin started with her middle daughter performing a touching rendition of: landslide by Fleetwood Mac. At the end of the service, she struggled through tears for a rendition of Hallelujah by Leonard Cohen.

An intricately decorated box of flowers stood next to a large portrait of Erin’s smiling face.

Erin’s oldest daughter told mourners that she was still coping with her mother’s death.

“Every day that goes by, I still don’t believe she’s gone,” said the 15-year-old.

“That a family of three girls will grow up without our mother. This is the thought I can’t get over.

“Mom was loved by everyone. She was selfless and gave her all to get my sisters and me to 40 activities a week.

“She brought so much light into the world that we didn’t realize her heart was in so much pain.”

The teen spoke of the loss of not having her mother walk her down the aisle or meet her future children.

“Mom, I hope heaven treats you better than we ever could,” she said. “She is no longer ours, but we are hers forever.”

Erin’s youngest daughter later spoke of her mother’s beautiful eyes and the things she loved most with her mother.

“My mother was the best person ever. I will always love you, dear mother,” she said.

“I can’t say much because she was so wonderful and wonderful. You were the key to the whole galaxy and the world and the whole country to me.

“My three favorite things that I liked to do with mom were taking a morning walk, having lots of hugs and kisses and cooking because once we were cooking and I spilled flour all over the table and I didn’t get in trouble.

“Me and my mom are such a great team. Her beautiful eyes glistening in the sun were always so cool.

“I will never forget my mother. I love her so much that I even cry at my school.”

Erin’s mother spoke to mourners about her daughter’s bubbly personality and the way she loved her daughters with “every fiber of her being and every beat of her heart.”

But she said she reached out to everyone, whether she knew them or not, and had a way of connecting with complete strangers.

“From down-and-out people to Prince Harry, who was wonderfully entertained by our Erin at 17.”

Erin’s mother said a young Prince Harry was visiting Sydney from the UK when he encountered the teenager in Circular Quay. Erin immediately began performing magic tricks for the young royal.

“Harry was fascinated,” Erin’s mother said, before adding, “much to the dismay of his keepers.”

“When Erin walked into a room, it was like there were 20 light bulbs left on,” she said.

“To our dear sweet daughter Erin… thank you for your unconditional love for us and for all you have done for us.

‘You did your best. Can’t ask for more than that. Until we meet again… on this side or the other side of the valley, we love you with all our heart and soul.”

He ran through the long list of skills and talents Erin had, in sports and elsewhere, that kept the family busy for decades.

Her father said she was a bundle of energy that never stopped.

“I’ll miss her running in and out of the house,” he said.

“She ran in the door, you listened, she talked. She would take a pickled onion from the fridge every day and say, “Goodbye, Dad.”

“They always said she could talk underwater with a mouth full of marbles.

“Erin was loud. Look at all the photos and try to find one that had her mouth on.”

It was a familiar theme — Erin’s niece described her as a “pocket rocket with no off switch”.

Erin’s husband Alan told those in attendance that his daughters will carry on their mother’s legacy.

He said he “will never forget our first meeting” — one that he says happened when Erin purposely bumped into him in a crowd and played it off as an accident.

“To me and the girls you weren’t just a TV host, you were the best TV host,” he said. “I will never forget your selfless devotion to our three angels. Since you left us, there are some things I want you to know.

“I want you to know that we had the mattresses put together and we all slept together.

“I wanted you to know how I see your legacy live on forever through our three angels.

“I hope you are in heaven forever and eat your red frogs.”

The ceremony followed a less formal mourning as friends and family gathered on Freshwater Beach in late May after Erin’s death.

Dozens of people gathered on the sand as the sun rose, encouraging attendees to bring “red frogs and a cup of cheap BP coffee” — both things she loved.

The Chaplain of the Freshwater Surf Club was also on hand to provide support and comfort to “everyone who needs it”.

Known for her advertorials on TVSN, Erin also appeared regularly on both Today Extra and Studio 10.

Studio 10 presenters Sarah Harris and Angela Bishop announced the death of their fellow presenter in a heartbreaking tribute played in part at her funeral.

She was described as a “beautiful person inside and out” by Harris, who told viewers that the program had “lost a bit of luster” in the wake of her death.

“During the weekend, Studio 10 lost a bit of luster when our friend and advertorial host Erin Jayne passed away suddenly,” Harris said.

“For two decades, Erin Jayne has been a friendly and familiar face on Australian television, in large part brightening our mornings with her bubbly personality and megawatt smile.

“Erin was just a beautiful person inside and out and if it hadn’t been for TV, Erin Jayne might have had a sports career.

“She represented Australia in synchronized swimming and even saving lives in surfing.

“There is no doubt that Erin Jayne was a high achiever and certainly a gold medal mom to her three young girls. We will miss your sunshine around the studio Erin Jayne, and we all send lots of love and strength to her family.”

‘Lots of love to her husband and children’

Erin studied journalism and previously worked as an editor at Horwitz magazines. During the 2000 Olympics, she was the press officer for the Sydney Organizing Committee for the Olympic Games at the Aquatic Centre.

As an athlete, she represented Australia in lifesaving surfer rescue and synchronized swimming.

“For those of you who have been following our show for many years, you would recognize longtime advertorial presenter Erin Jayne Plummer,” Campbell said.

“Unfortunately, we heard the news yesterday that Erin Jayne passed away, and she was just a beautiful person and friend to many of our colleagues here at Today Extra† We just want to send our thoughts to her family and friends and show them some love and support at this very, very sad time.”

A visibly emotional Jeffreys added: “Much love to her husband and children, and may she now rest in peace.”

“This group was created to share our beautiful memories of an angel lost too soon. Our hearts have all been touched by Erin Jayne’s relentless passion and energy, so feel free to post photos, share stories or just connect,” the page’s organizer wrote.