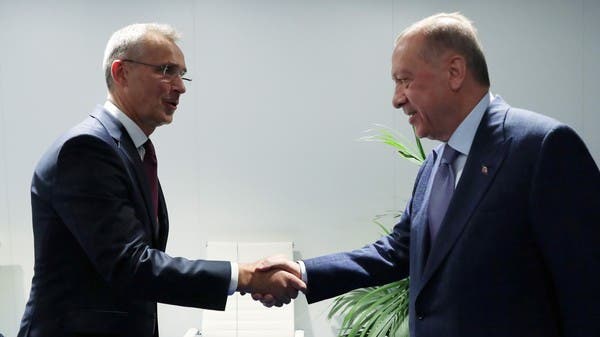 Finnish President Sauli Niinisto said on Tuesday that Turkey has agreed to support Finland and Sweden’s NATO memberships, and Ankara said it “got what it wanted” from talks with the two Scandinavian countries.

“As a result of that meeting, our foreign ministers signed a trilateral memorandum confirming that Turkey will support Finland’s and Sweden’s invitation to join NATO at this week’s Madrid summit,” Niinisto said in a statement. .

“The concrete steps of our accession to NATO will be approved by NATO allies in the next two days, but that decision is now imminent,” he added.

The memorandum underlines the commitment of the three countries to “extend their full support against threats to each other’s security”.

Sweden and Finland sought to increase their security through NATO membership, ending decades of military non-alignment in a historic move driven by the Russian invasion of Ukraine.

Turkey stated in May that it opposed the two countries’ accession to NATO, accusing them of supporting Kurdish militants, namely the Kurdistan Workers’ Party (PKK), which considers Ankara a terrorist organization, and of failing to extradite dozens of suspected “terrorists”. in particular, the followers of Fethullah Gülen, who is accused by Ankara of orchestrating a coup attempt in 2016.

Turkey’s Communications Directorate said on Tuesday that Finland and Sweden have agreed on full cooperation with Turkey in the fight against the PKK and its affiliates, state news agency Anadolu reported. “Turkey got what it wanted.”

Turkey says talks on Finland, Swedish NATO bids are underway, but summit is not a deadline