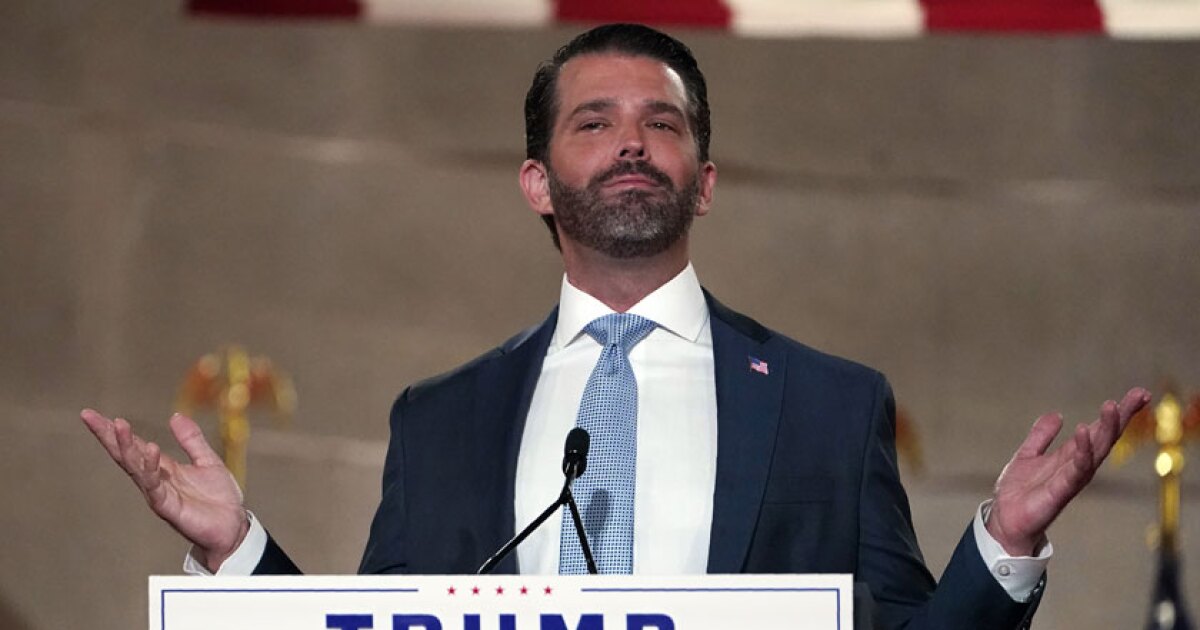 Members of then-President Trump’s supporters, including his son Donald Trump Jr., pleaded with him to end the violence on Jan. 6, 2021, indicating they knew the former president played a key role in instigating the insurgency, according to evidence presented Tuesday by the select House panel investigating the Capitol uprising.

Fox News host and conservative commentator Laura Ingraham texted Trump Chief of Staff Mark Meadows on Jan. 6 that “the president needs to tell the people in the Capitol to go home.”

“This hurts us all,” Ingraham said in a series of text messages that day criticizing Trump’s actions. “He is destroying his legacy and playing on every stereotype…we lose all credibility against the BLM/Antifa crowd if things go wrong.”

Donald Trump Jr. also texted Meadows, telling him that his father was “to” [condemn] this st. ASAP. The Capitol Police tweet is not enough.”

Many Republican representatives, including House Minority leader Kevin McCarthy of California, made public statements condemning the violence and asking Trump to end it.

“He didn’t do that until later, much later,” said Jan. 6 commission vice-chair, Rep. Liz Cheney (R-Wyo.) at Tuesday’s hearing. “At 4:17 p.m., Trump finally told the rioters to go home, and that he loved them.”

The House panel played a clip of Trump addressing the rioters.

“We love you, you’re very special,” he said. “I know how you feel, but go home and go home in peace.”