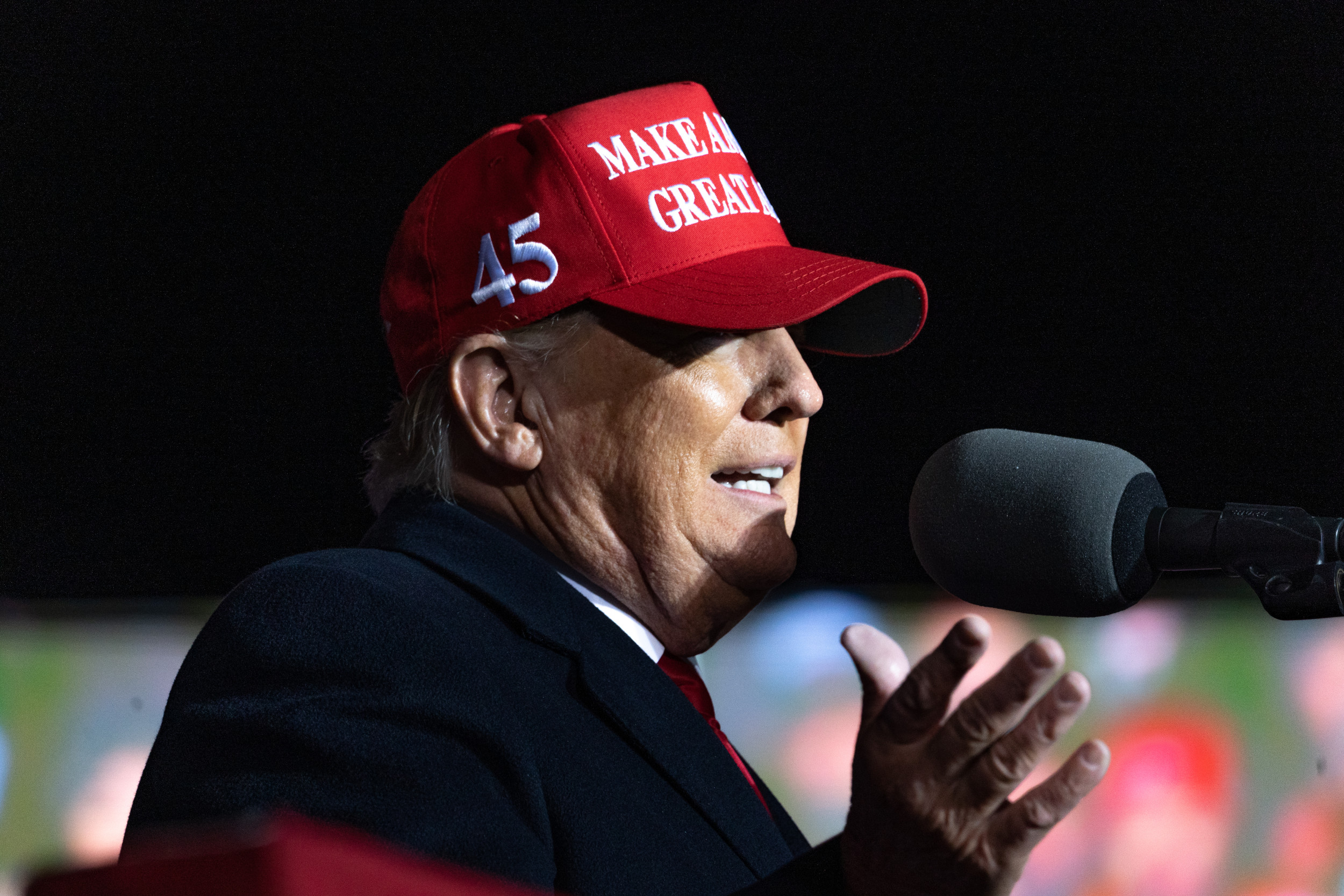 As Trump is set to hold a rally in Washington Township, Michigan, Democratic state officials have voiced criticism of the former president and his claims about the 2020 election. Though President Joe Biden narrowly carried the state, Trump and his allies have pushed unproven claims of election fraud. During a series of rallies across the country ahead of the midterms, Trump has continued to air his grievances about the election.

Nessel announced on Twitter Friday that she, along with Ingham County Clerk Barb Byrum and state Senator Jeff Irwin, will hold a Facebook Live, where they plan to fact-check the former president.

†#StopTheSqueal: Why wallow in the muck of disinformation?” she asked on Twitter. “AG Nessel, Clerk Byrum & Sen. Irwin fact-check the MI Trump rally in real time tomorrow starting at 5:30 ET.”

they also offered viewers a BINGO boardwhich contained squares that included phrases commonly used by Trump such as “Stop the Steal,” “Rigged” and “RINO” (referring to “Republicans in Name Only”).

Ahead of the rally, Michigan’s Secretary of State Jocelyn Benson, who is also a Democrat, also warned against the potential spread of baseless election fraud claims.

“The threats against our democracy are truly a five-alarm fire and in that fire, Michigan is ground zero,” she said Wednesday during a press call.

Biden won Michigan, a key battleground state, by just under three points in 2020—making it one of Biden’s narrowest wins. However, Trump and his allies have claimed the election in the state was stolen by widespread voter fraud, though no substantial evidence has been presented to back up the claim.

Benson previously pointed to more than 250 audits that confirmed the accuracy and integrity of the election, calling on lawmakers “to tell their constituents the truth, that our election was the most secure in history, and the results accurately reflect the will of Michigan’s voters. “

Still, the former president went on to claim voter fraud in the state was “beyond what anyone can believe” in an October 2021 statement.

Saturday’s rally will be held in Macomb County, a GOP stronghold that backed Trump by more than eight points. Other speakers that will be present include Congresswoman Lisa McClain, congressional candidate John Gibbs, secretary of state candidate Kristina Karamo and attorney general candidate Matt DePerno.

Local officials have raised concerns about the rallies logistics, since the rally could draw more attendees than the building’s capacity.

“I don’t want to allow it,” Rob Schmelzer, the township’s assistant fire chief and fire marshal, told the Detroit Free Press† “I have nothing against the past president. This has to do with the venue.”

news week reached out to Trump’s office and Nessel’s campaign for comment Saturday afternoon, but did not hear back by publication. This story will be updated with any response.