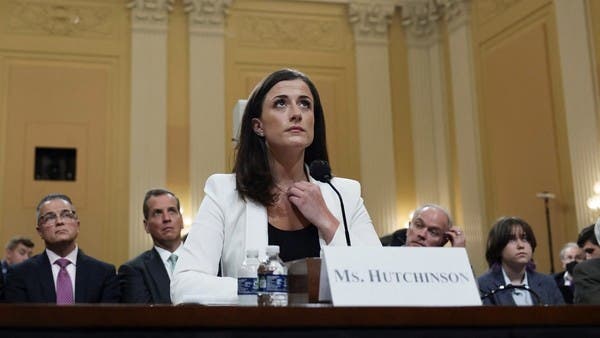 On the sixth day of Congressional hearings on the January 6, 2021 attack on the United States Capitol, Cassidy Hutchinson, a top aide to then-President Donald Trump’s chief of staff, Mark Meadows, was seen.

Hutchinson’s testimony focused on what Meadows and Trump knew about the attack in the days before and on January 6, informed by her close association with both men. Here are some takeaways from the hearing.

Visitors to the Trump rally were armed

Many Republicans — including Trump and Republican Representative Louie Gohmert — have said the rioters were not armed, but Hutchinson’s testimony contradicted this claim. She testified that both Meadows and Trump knew that many in the crowd were armed with AR-15s, pistols, brass knuckles and batons and were equipped with body armor.

Trump was furious that many rally-goers had to go through metal detectors, a standard security procedure for people near the president, because it gave the appearance of fewer people attending the rally.

“They’re not here to hurt me,” Hutchinson recalled Trump said. “Let them in, let my people in. They can march to the Capitol when the rally is over.”

Hutchinson testified that White House attorney Pat Cipollone told her on Jan. 3, 2021, that it would be “legally a terrible idea” if Trump went to the Capitol on Jan. 6.

“He said to me, ‘We need to make sure this doesn’t happen,’ Hutchinson testified. ”We have serious legal concerns if we go to the Capitol that day.'”

Trump was so furious that the Secret Service wouldn’t allow him to enter the Capitol on Jan. 6 that he tried to grab the wheel of the back seat of the presidential limousine in an attempt to force them to change direction, Hutchinson said.

According to video testimony shown Tuesday by the committee of Kayleigh McEnany, then Trump White House press secretary, Trump was so outraged by then-Attorney General Bill Barr’s interview with the Associated Press, in which he said there was no was evidence of electoral fraud that Trump threw. his lunch on the wall, breaking a china bowl and dripping ketchup down the wall.

“There were several times during my tenure with the chief of staff when I was aware that he was throwing plates or turning the tablecloth over to make the entire contents of the table fall to the floor and probably break everywhere,” Hutchinson told the newspaper. Commission. †