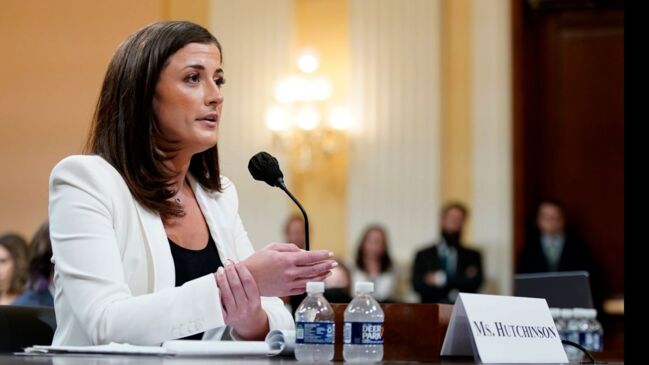 Cassidy Hutchinson, a former White House aide, testified before the Jan. 6 committee on Tuesday. She described how Trump demanded to be driven to the Capitol on January 6, and asked for the security measures to be lifted, even though he knew some of his supporters were armed. Photo: Al Drago/Bloomberg News