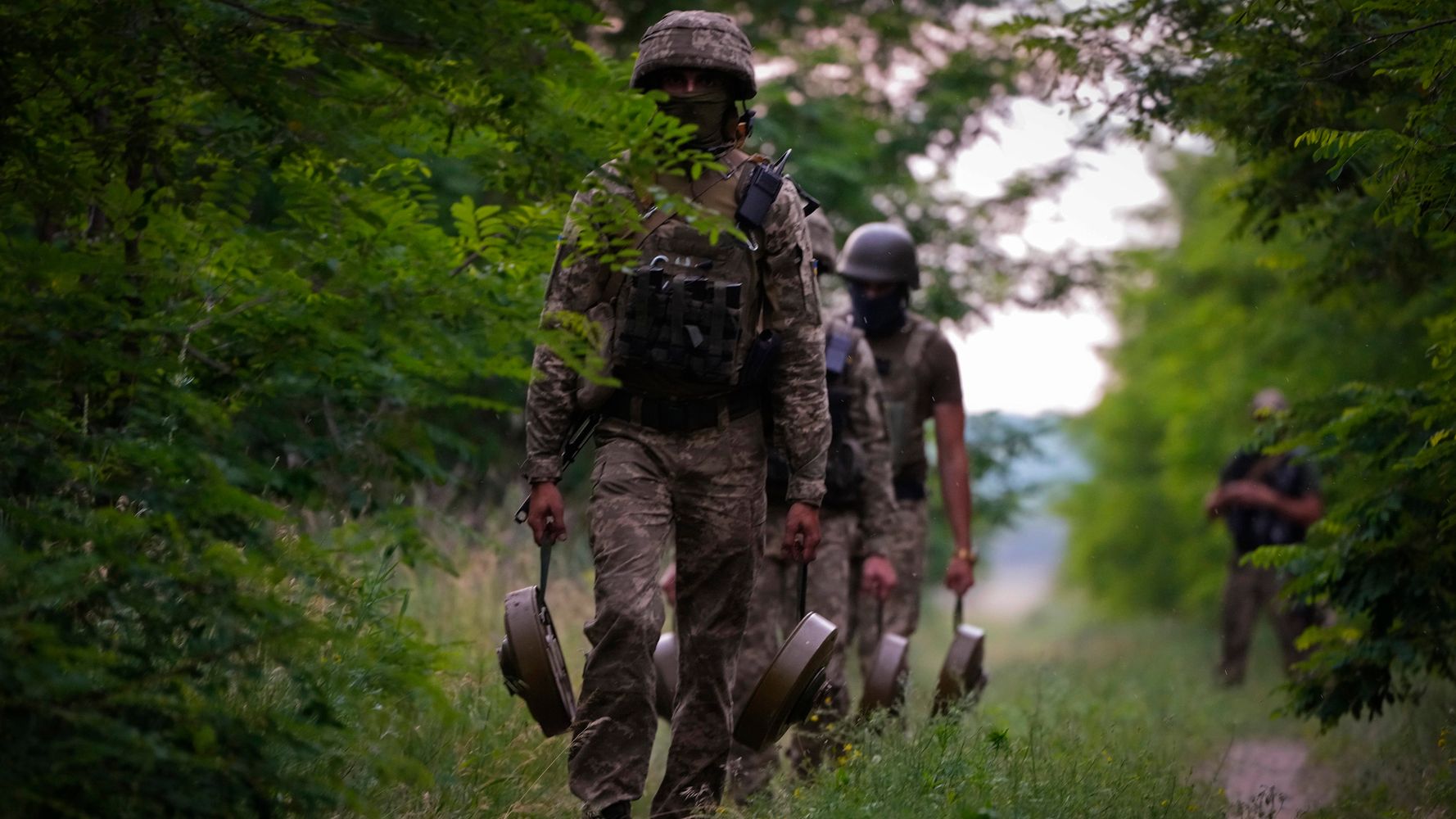 KYIV, Ukraine (AP) — Four months of brutal fighting in Ukraine appears to strain the morale of troops on both sides, leading to desertions and rebellion against officers’ orders, British defense officials said Sunday. NATO chief warned that the war could drag on for “years”.

“Combat units from both sides are engaged in intense fighting in the Donbas and are likely to experience mixed morale,” the British Ministry of Defense said in its daily assessment of the war.

It said “there are still cases of entire Russian units refusing orders and armed clashes between officers and their troops.”

Separately, Ukraine’s senior intelligence directorate released what it said was intercepted phone calls from Russian soldiers complaining about frontline conditions, poor equipment and general lack of personnel, according to a report from the Institute for the Study of War.

In an interview published Sunday in the German weekly Bild am Sonntag, NATO Secretary General Jens Stoltenberg said “no one knows” how long the war could last. “We have to be prepared for it to last for years,” he said.

He also urged allies “not to weaken support for Ukraine, even if the costs are high, not only in terms of military aid, but also because of the rise in the prices of energy and food goods.”

In recent days, Gazprom, the Russian gas company, has reduced deliveries to two major European customers: Germany and Italy. In the case of Italy, energy officials are expected to talk about the situation this week. The head of Italian energy giant ENI said on Saturday that Italy should get through the coming winter with additional gas bought from other sources, but warned Italians that “restrictions” on gas use may be necessary.

Germany will limit the use of gas for electricity production over concerns about possible shortages due to a reduction in supplies from Russia, the country’s economy minister said on Sunday. Germany has been trying to fill its gas storage facilities to capacity for the cold winter months.

However, Stoltenberg stressed that “the cost of food and fuel is nothing compared to the costs that Ukrainians pay daily on the front lines.”

Stoltenberg added: “In addition, if Russian President Vladimir Putin were to achieve his goals in Ukraine, such as when he annexed Crimea in 2014, “we would have to pay an even higher price.”

The British Ministry of Defense said both Russia and Ukraine continued to conduct heavy artillery bombardments on axes to the north, east and south of the Sieverodonetsk pocket, but with little change to the front line.

Luhansk Governor Serhiy Haidai said via Telegram on Sunday: “It is a very difficult situation in Sievierodonetsk, where the enemy in the middle of the city is conducting aerial reconnaissance with drones 24 hours a day, adjusting fire and adapting quickly to our changes. †

Russia’s defense ministry claimed on Sunday that Russian and separatist forces have taken control of Metolkine, a settlement just east of Sievierodonetsk.

Ukrainian President Volodymyr Zelenskyy made a trip south from Kiev on Saturday to visit troops and hospital staff in the Black Sea regions of Mykolaiv and Odessa. At each stop, he handed out awards to dozens of people, shook hands and thanked them again and again for their service.

Sometime after Zelenskyy left Mykolaiv, “the enemy inflicted fire damage on units of the armed forces with cannon and rocket artillery in the areas of the Pravdyne, Posad-Pokrovskoe and Blahodatne settlements,” the Ukrainian army briefing said on Sunday.

In other attacks in the south, Ukraine’s southern military operational command said on Sunday that two people were killed in shelling against the Galitsyn community in the Mykolaiv region and shelling continues in Bashtansky district.

The Russian defense ministry said sea missiles destroyed a factory in the city of Mykolaiv that stored Western-supplied howitzers and armored vehicles.

British Prime Minister Boris Johnson has expressed concern “that a little bit of Ukraine fatigue is starting to build around the world” and has urged support for Ukraine’s efforts to roll back the Russian invasion.

“It would be a disaster if Putin won. He would like nothing more than to say, ‘Let’s freeze this conflict, let’s have a ceasefire,” Johnson said Saturday, a day after a surprise visit to Kiev, where he met Zelenskyy and offered ongoing assistance and military training. .

Heavy weapons supplied by the West reach the front lines. But Ukrainian leaders have been insisting for weeks that they need more weapons and that they need them sooner.

On Sunday, despite his lamented arms build-up, Pope Francis added his own warning to those who could lose focus on Ukraine, which he believes deserves to defend itself.