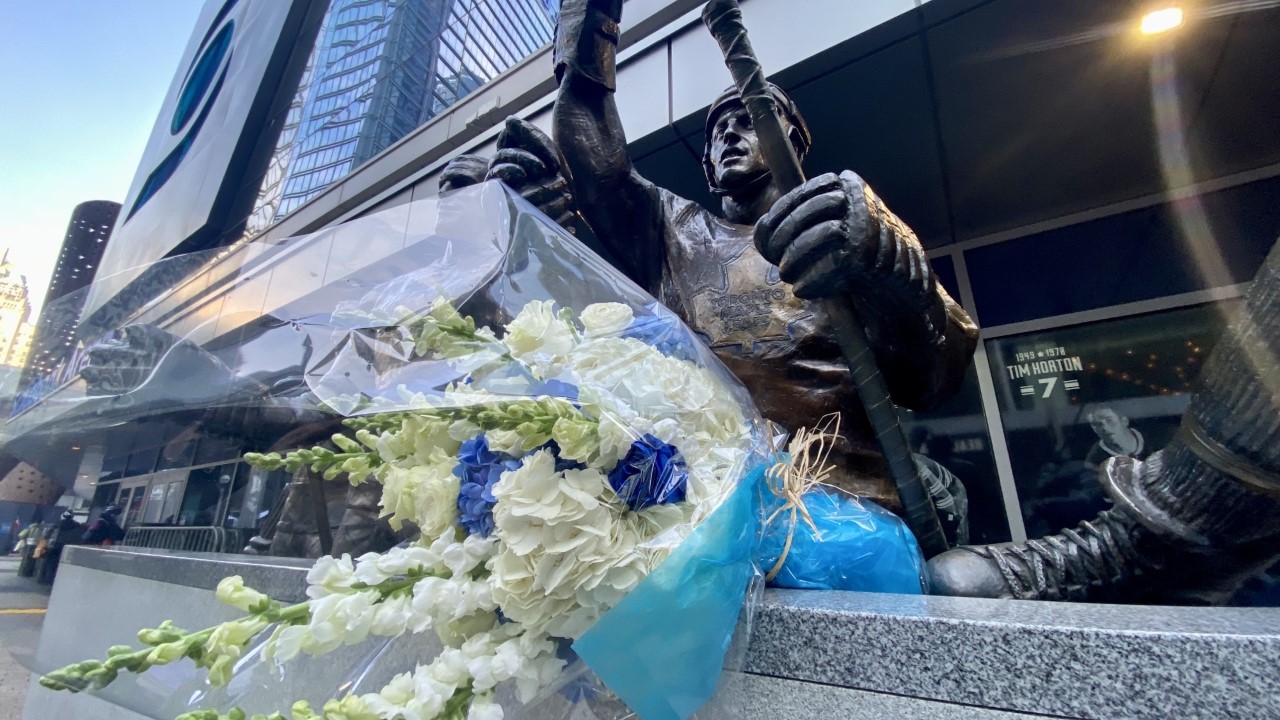 Many tributes are paid to the life and legacy of Toronto Maple Leafs legend Börje Salming, who passed away on Thursday at the age of 71.

NHL Commissioner Gary Bettman issued a lengthy statement after news of Salming’s death became public, saying the longtime defenseman “paved the path many of the greatest players in NHL history followed while shattering all the stereotypes about European players shattered.”

“A superior all-round defender and the first Swedish star ever to play in the league, Börje Salming was as strong as he was gifted both physically and mentally,” Bettman’s statement read.

A bouquet of flowers was placed under a statue of Salming outside Toronto’s Scotiabank Arena as the Maple Leafs shared a tribute on a large screen in Maple Leafs Square.

The Maple Leafs shared several social media posts, including a tribute on Instagram, leading other organizations — including the AHL’s Toronto Marlies, Calgary Flames and Winnipeg Jets — to voice their thoughts on Salming’s passing.

The Ottawa senators responded to the Leafs’ original tweet, calling the 71-year-old “a true trailblazer.” The Los Angeles Kings tweeted that the heart of the organization lay with the Salming family and members of the Maple Leafs.

“His legacy of strength and determination will remain with us forever,” the Kings wrote.

Maple Leafs alumni also shared a tweet saying that Salming “will forever be a part of our Maple Leafs family.”

The @LeafsAlumni are deeply saddened to learn of Börje Salming’s death.

Börje joined the Maple Leafs 50 years ago and will forever be a part of our Maple Leafs family.

Our thoughts are with his family and friends at this time.#LeafsForever pic.twitter.com/ODIXP2KTzp

Toronto Mayor John Tory tweeted that his thoughts were with the Salming family and all of the city’s hockey fans.

“From Sweden to Toronto, ‘The King’ will be remembered for the incredible impact he had on our city,” Tory tweeted.

Former NHL goaltender and fellow Swedes Eddie Lack said Salming was “one of the hardest players ever.”

“What a sad day, but I’m glad you got to experience all the love you deserve from the fans over the past few weeks,” Lack tweeted.

Sportsnet’s Michael Grange shared a touching anecdote, noting that Salming was “the coolest, strongest, most invincible-looking human being I’d ever come across.”

As a child I literally ran into Borje Salming once when I came out of a convenience store. I’ll never forget it because a) you don’t come face to face with one of your favorite athletes every day, & b) he was the coolest, fittest, most invincible looking human being I’ve ever come across 1/

Maple Leafs President Brendan Shanahan issued a statement on behalf of the organization, calling Salming a pioneer of the game and an icon of unbreakable spirit and undisputed toughness.

This month, Salming made the trip to Toronto’s Scotiabank Arena for the Maple Leafs Hall of Fame induction weekend game, where he was part of an emotional tribute alongside Darryl Sittler, a lifelong friend and former teammate.