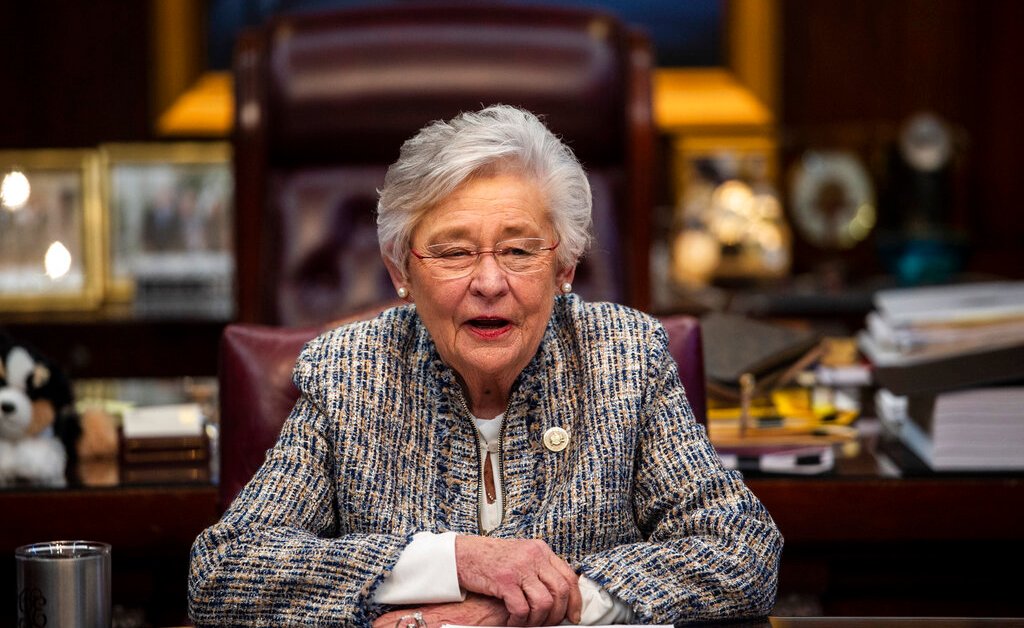 MONTGOMERY, Ala. – A federal judge Friday blocked part of an Alabama law that made it a felony to prescribe gender-affirming puberty blockers and hormones to transgender minors.

U.S. District Judge Liles Burke has issued a preliminary injunction to prevent the state from enforcing the drug ban, which took effect on May 8, while a lawsuit is pending. The ruling was a victory for families and advocacy groups who were challenging the first of its kind law as an illegal infringement of family and medical decisions. Alabama Governor Kay Ivey called the ruling a “temporary legal roadblock.” Alabama’s Attorney General has said it will appeal.

“This ruling means that parents of transgender children in Alabama will continue to be able to make the health care decisions that are best for their families. It’s an extraordinary relief. Parents should not be punished for wanting to do what’s best for their children,” said Jennifer Levi, director of the transgender rights project for GLBTQ Legal Advocates & Defenders.

The Compassion and Protection for Vulnerable Children Act made it a crime, punishable by up to 10 years in prison, to prescribe or administer gender-affirming medication to transgender minors to confirm their new gender identity. The judge upheld another part of the law banning gender-confirming surgeries for transgender minors, which doctors testified are not done on minors in Alabama. He has also introduced a provision requiring counselors and other school officials to tell parents if a minor reveals they believe they are transgender.

“We will continue to fight to protect the children of Alabama from these radical, unproven, life-altering drugs, despite this temporary legal roadblock,” Ivey said in a statement released Saturday morning. “It is especially important now that they are in such a vulnerable stage of life. We will continue to fulfill our duty to ensure that children are free to grow up to be the adults God intended them to be, even with today’s societal pressures and modern culture.”

A spokesman said Alabama Attorney General Steve Marshall is disappointed with the court’s decision “and is already filing an appeal in defense of the law.”

Four families with transgender children, ages 12 to 17, filed a lawsuit against Alabama law as discriminatory, an unconstitutional violation of equal protection and freedom of expression, and an infringement of the family’s medical decisions. The US Department of Justice joined the lawsuit to overturn the law.

Burke — nominated to court in 2017 by former President Donald Trump — ruled Alabama had failed to provide credible evidence to show that transitional medications are “experimental.”

He added that “the indisputable record evidence is that at least twenty-two major medical associations in the United States endorse drug transition as well-established, evidence-based treatments for gender dysphoria in minors.” He recorded testimonials from a mother who said she feared her child would kill herself if she lost access to the drugs.

“The imposition of the law reaffirms and reaffirms the ‘sustainable American tradition’ that parents — not the states or federal courts — play the primary role in raising and caring for their children,” Burke wrote in the op-ed.

Jeff Walker of Auburn, Alabama, told The Associated Presss on Saturday that the ruling “lifted a great burden off our shoulders.” The Walker family is not among the plaintiffs in the case, but said they were struggling to figure out how to continue to care for their 15-year-old daughter, Harleigh, and whether to move to another state.

Harleigh Walker said the decision was a “huge stress relief”.

The legislation was part of a wave of bills in Republican-controlled states related to transgender minors, but was the first to impose criminal penalties on the doctors dispensing the drugs. In Arkansas, a judge blocked a similar law before it went into effect.

dr. Morissa Ladinsky, a pediatrician who founded a medical team in Birmingham that treats children with gender dysphoria, said the decision was a “huge relief for transgender children and their families.”

“The court’s decision recognizes that this is established care approved by 22 major medical associations. This decision will ensure that transgender children in Alabama and beyond can continue to receive this evidence-based known life-saving care,” she said.

More than 20 medical and mental health organizations urged Burke to block the bill.

The state attorney general’s office argued that the use of the drugs is an uncertain science and thus the state plays a role in regulation to protect children. During a court hearing for Burke, state attorneys argued that European countries are being more conservative with the drugs. Alabama lawmakers, who passed the bill this spring, said drug decisions will have to wait until adulthood.