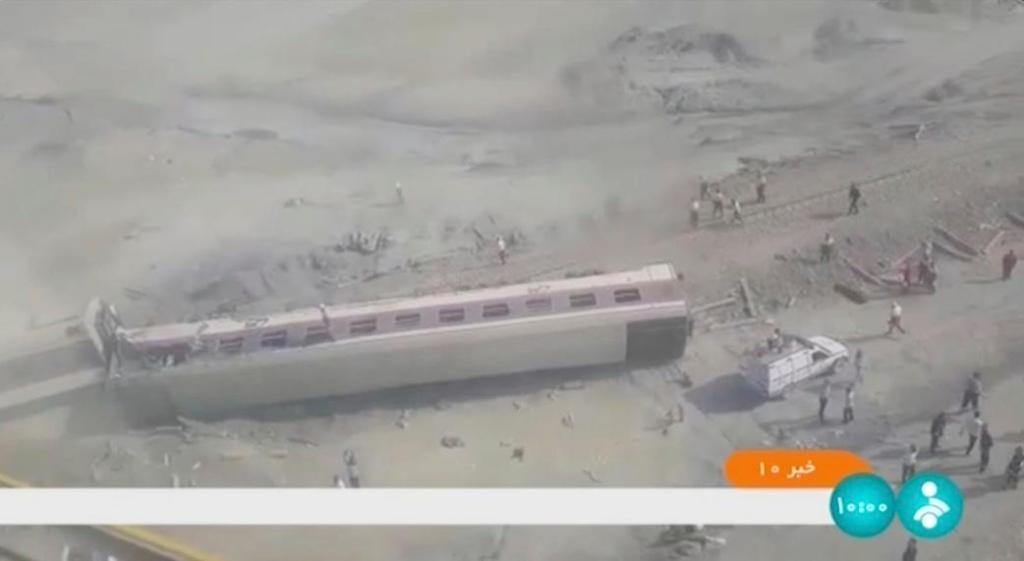 TEHRAN, Iran (AP) – A passenger train traveling through eastern Iran struck an excavator before dawn Wednesday and derailed nearly half of its cars, killing at least 21 people and injuring another 47, officials said.

The train derailment near the desert city of Tabas was the latest disaster to hit the Islamic Republic in recent weeks as Tehran struggles under US sanctions and a return to its nuclear deal with world powers remains in doubt.

The train of the state-run Islamic Republic Railway was carrying some 350 people en route from Tabas, some 550 kilometers (340 miles) southeast of Tehran, to the city of Yazd. The route had started as an overnight train from the holy city of Mashhad in Iran.

Based on post-crash footage, it appeared that the train’s locomotive passed the backhoe and that the later cars somehow hit the backhoe and caused the derailment, although authorities did not immediately explain how the disaster occurred in the rural undergrowth at a railway bridge.

“Passengers bounced in the car like balls in the air,” an unnamed injured passenger told Iranian state television.

Rescue teams with ambulances and helicopters arrived in the remote area where communication is poor. More than a dozen people suffered critical injuries, some of whom were taken to local hospitals, officials said.

Aerial footage of the desert site of the disaster showed train cars by their side as some rescuers ran to the scene as they tried to tend to the injured.

State television later broadcast images of a hospital where the injured were being treated. One of the injured told the broadcaster that they felt the train suddenly brake before the derailment and then slowed down.

The incident happened about 50 kilometers (30 miles) outside Tabas.

The crash is under investigation, according to the report. Early reports said the train had collided with an excavator near the track, although it was not immediately clear why an excavator would have been close to the track in the dark. An official suggests it could be part of a repair project.

Iranian President Ebrahim Raisi expressed his condolences for the crash and announced that an investigation would be launched into its causes.

Iran’s worst train disaster occurred in 2004, when a runaway train loaded with gasoline, fertilizer, sulfur and cotton crashed near the historic city of Neyshabur, killing around 320 people, injuring 460 others and damaging five villages. . In 2016, a train collision in northern Iran killed at least 43 people and injured about 100.

Iran has some 14,000 kilometers (8,700 miles) of rail lines through a country about two and a half times the size of Texas. The rail system transports both people and goods across the country, especially in rural areas.

Iran also has some 17,000 deaths annually on its highways, one of the world’s worst road safety records. The high toll is attributed to widespread disregard for traffic rules, unsafe vehicles and insufficient emergency services.

Iran, already under US sanctions over its failed nuclear deal, is mourning the deaths of at least 41 people killed in a building collapse in the southwestern part of the country.