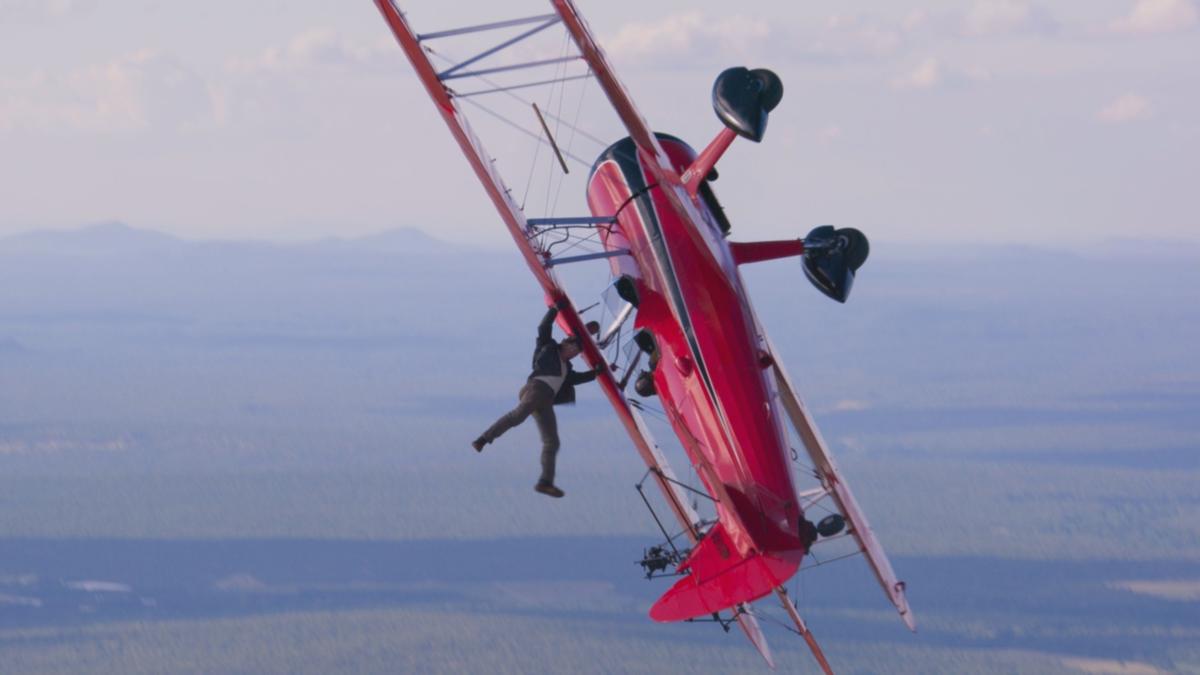 Tom Cruise is known for doing his own deadly stunts, but a rare photo of his latest maneuver has surfaced – and even the most extreme daredevils would tremble in their boots.

To celebrate the actor’s 60th birthday, Mission: Impossible director Christopher McQuarrie shared a never-before-seen photo of Cruise dangling precariously from the wing of an airplane with what looks like nothing tying him to the plane.

McQuarrie hasn’t shared any other details, but it’s likely the photo was taken during filming for the upcoming Mission: Impossible movie, Dead Reckoning – Part One, the seventh installment in the spy thriller franchise.

The film is slated to release on July 14, 2023. Originally, the film was originally slated to hit theaters in late September last year, but like many films in recent years, it has struggled with issues – taking years to make due to a pandemic -related delays.

The first trailer for Mission: Impossible 7 came out in May and it looks like it might be worth the wait.

Cruise will reprise his role as Agent Ethan Hunt, though not much else has been revealed about the plot.

There’s a montage of chases, explosions, lots of running, fast train sequences, motorcycles, dives, fencing on a bridge, a mysterious key, and of course more running – because it’s not a Cruise movie if it’s not at full speed.

Production on the eighth film is currently underway.

Cruise, meanwhile, spent his birthday at Silverstone for the British F1 Grand Prix.

He was seen soaking up the atmosphere and was pictured chatting with celebrity chef Gordon Ramsay, who was in attendance with his daughter Holly, the family of Lewis Hamilton and former Formula 1 driver Sir Jackie Stewart.