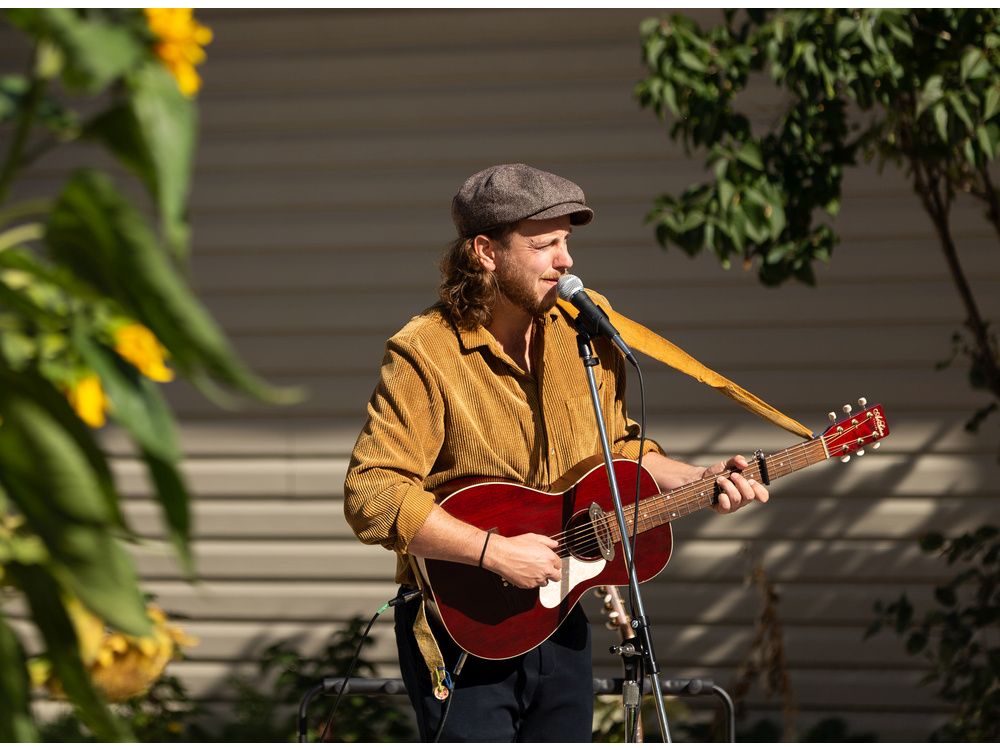 Joe Nolan: Signed with a hot new agent and Swedish record label, as well as that fresh Maple Blues Award in 2020, the slowness looked great for Nolan as the pandemic kicked the feet of the planet out from under. But Nolan was one of those who took the time to work hard, resulting in his 11-track 2021 album Scrapper. “It’s almost like I don’t have a choice,” Nolan says. “I don’t think I’ll ever stop or retire. This is my life, it’s hard to explain, but it’s something I just have to do.” Come see him in the brand new and exciting Felice Café where great musical things are going to happen, from now on.

Visions for the Future: The Edmonton Climate Art Project: Local activist group Edmonton Youth for Climate presents a special show of drawings, paintings, poems and songs that convey a wide range of people’s feelings about climate change and the future of our green city. Members of the Edmonton City Council will attend the opening, and the Jams Quartet will also perform after an opening address at 1 p.m.

Cabaret (1972): Bob Fosse’s masterpiece adaptation of the Broadway musical set in Berlin, 1931. As Nazism rises in Germany, the flamboyant American Sally Bowles (Liza Minnelli) sings in a decadent nightclub and falls in love with a British language teacher (Michael York) – with whom she shares a gay German baron. The film is preceded by a live drag performance by HOMO-CIDAL.