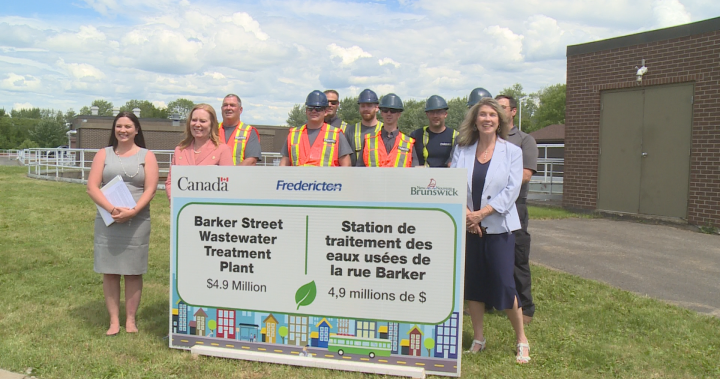 All three levels of government have invested in upgrades to the City of Fredericton’s wastewater treatment plant.

On Tuesday, federal Liberal Member of Parliament Jenica Atwin, provincial Secretary of Transportation and Infrastructure Jill Green and Fredericton Mayor Kate Rogers announced that $36 million would be spent on the facility.

“The upgrades are critical to the future of our environment, they are critical to the growth of our city, our city continues to grow, drawing on our water and sewage infrastructure. It’s also important for the overall health of Frederictonians,” Rogers said.

The funding will be used to complete the fourth phase, which will include upgrades to specialized tanks, pumps, piping and other systems related to wastewater treatment.

The work is also expected to reduce the potential for outages and water loss at the facility, minimizing the potential impact on nearby water bodies.

Rogers didn’t know how often the systems failed in Fredericton.

“Water-related infrastructure plays a critical role in residents’ health and the environment,” said Jenica Atwin in a press release.

“Upgrading and modernizing the water, wastewater and stormwater infrastructure in Fredericton will help the community better meet demand for services while increasing its capacity to address a changing climate.”

“We pride ourselves on our approach to asset management that allows us to spend the right money at the right time on these renewal and replacement efforts,” Rogers said in a press release.

Rogers also said he was pleased that the city’s tax governance approach, in addition to funding, has given the city the flexibility to also allocate federal funds under the Canada Community-Building Fund to a new performing arts center.

She said the council never spoke of prioritizing one project over another in an interview Tuesday.

The project is funded through the Integrated Bilateral Agreement.