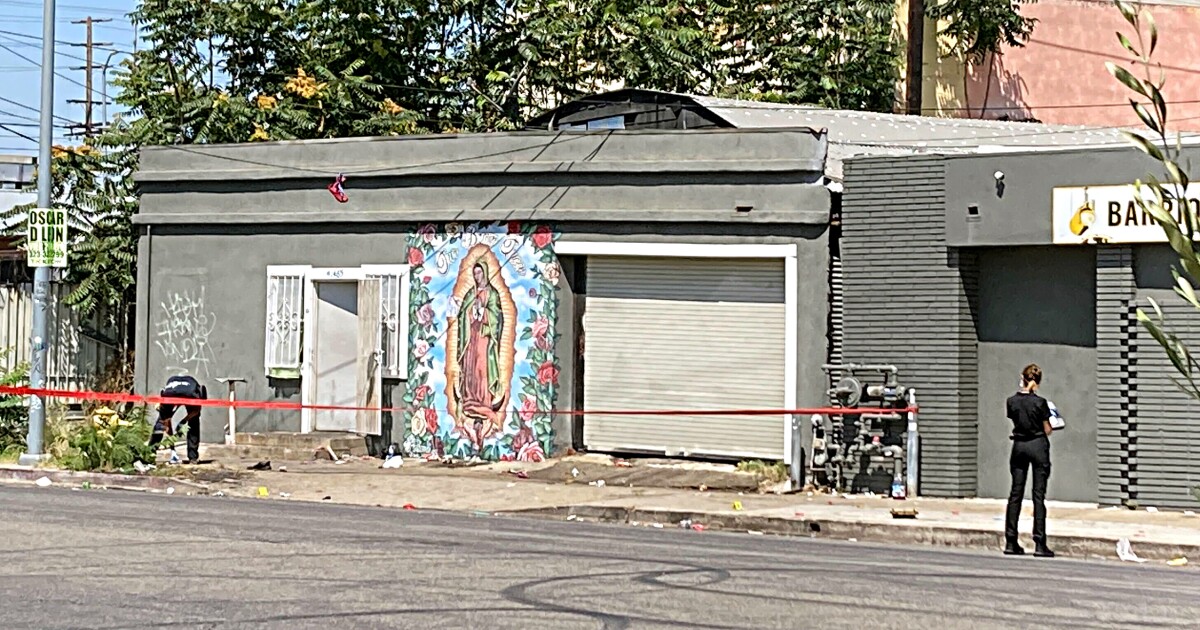 A shooting early Sunday at a party in Boyle Heights killed three people and injured four others, the Los Angeles Police Department said.

Paramedics responded to a reported shooting at 12:27 p.m. on the 3300 block of East 14th Street, said Nicholas Prange, a spokesman for the Los Angeles Fire Department.

LAPD-det. Frank Carrillo said three people were killed and four others were taken to a hospital. “Some are stable, some not so stable,” he said.

Neighbors said they heard the gunshot.

“The shots woke us up,” said Patty Calzada, who lives two doors down from the warehouse. She said she watched the commotion through her security camera.

Many of the young people who fled the building after the shots were fired looked underage, she said. “They yelled and yelled,” Calzada said.

Another resident said his wife woke him up after hearing two sets of shots: a 10-shot salvo and a round of five shots a minute later. The man, who only gave his first name, Gilbert, said his wife told him that the young people running down the street didn’t look older than 16 or 17 years old.

Neighbors said there had been previous parties at the warehouse that had caught the attention of police. In addition, a week ago, a young girl was hit by a car outside the building, neighbors said.