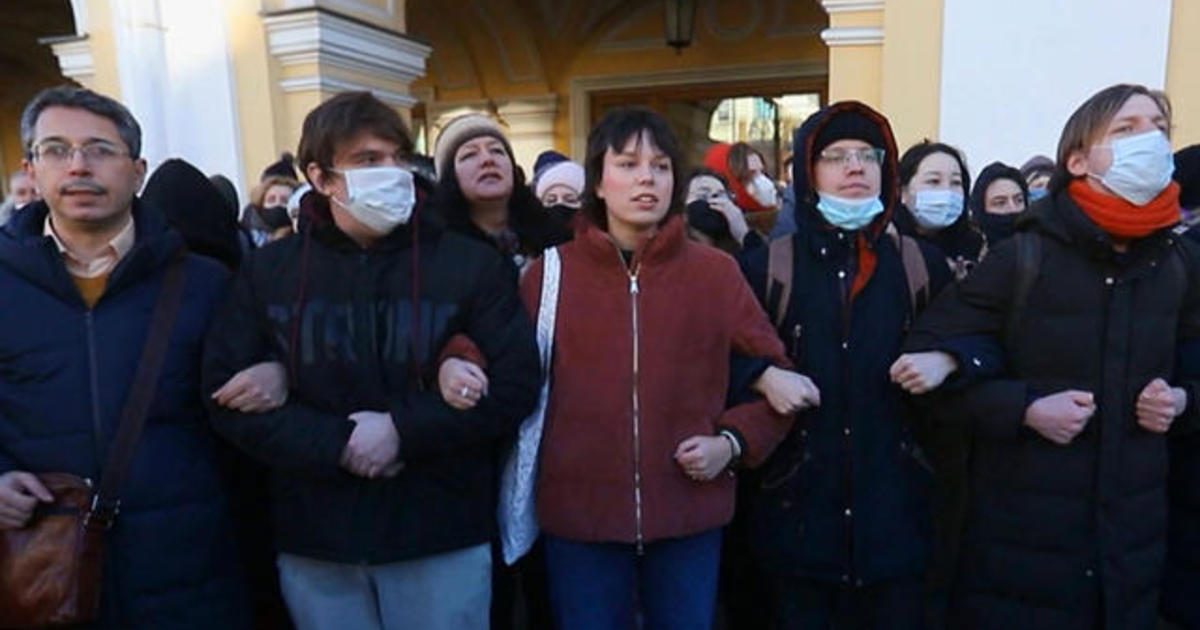 Thousands of Russians flee their homelands as the Kremlin cracks down on anyone protesting… war in Ukraine and news outlets reporting about it. The Russian government has passed new laws threatening prison terms for spreading “misinformation” about the military.

A mother and her two children managed to escape to San Francisco for fear of persecution.

“I’m actually really mad that I had to go. But… what it did for me was one of Putin’s other speeches when he mentioned nuclear weapons, I was like ‘now I’m scared’,” the mother, Yulia, told CBS News.

Yulia, her sister Olga and her brother Yakov are all American citizens. Their parents fled the Soviet Union in the 1980s as political refugees. However, after graduating, Yulia returned to the country.

“Russia was very exciting,” said Yulia. “It was new and it just seemed very free. So then, 20 years later, I’m a refugee again.”

“I try to fight against feeling like a failure,” she added. “I mean, my parents did so much to get us out, and here I am again.”

Yulia and her children have dual citizenship, which made it easier for them to leave Russia. But she said she was forced to leave her 93-year-old grandmother.

Yakov visited Moscow from his Massachusetts home and took over to get their grandmother out, but he said he soon realized what he was up against.

“We have spoken to almost every embassy in Europe,” Yakov said.

Anaida Zadykyan, an immigration attorney in Los Angeles, told CBS News that Russians are at a dead end when it comes to flights.

“Of all the sanctions that Western countries have taken against Russia, there are actually no flights. It is really difficult to get out now,” she said.

More Russians are heading to Mexico, where it’s easier to get tourist visas, before heading to the US border to apply for asylum.

More than 7,000 Russians have entered the US through the southern border this year — nearly double the number last year.

Zadykyan said of those who feel that way: “Most of the people I see are opposition supporters, smart individuals, well-educated. Some people are members of the LGBT community. It’s like a younger crowd in their twenties.”

“It will be very bad for Russia, not only in an economic sense, but also in a cultural sense,” Yakov said.

Yakov later told CBS News via Zoom that an embassy was able to expedite an emergency visa appointment in Armenia because of his grandmother’s medical problems. After a month and a half, the family finally welcomed their matriarch to the US

Lilia Luciano is an award-winning journalist and CBS News correspondent based in Los Angeles.