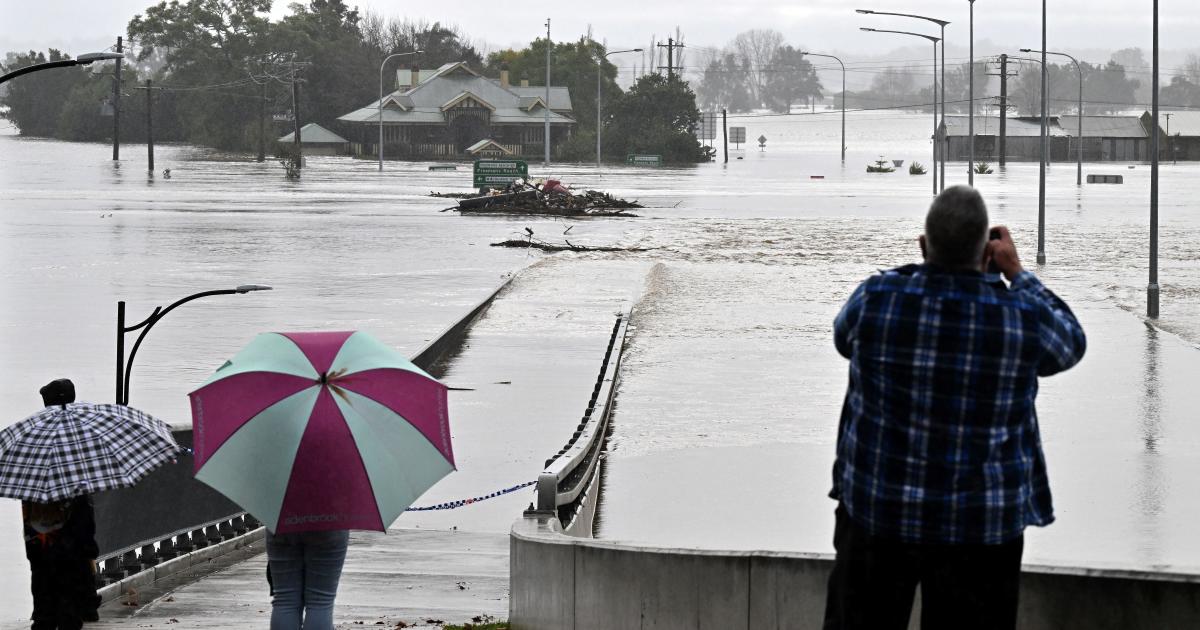 Sydney – More than 30,000 residents of Sydney and the surrounding area were told to evacuate or prepare to leave their homes on Monday as Australia’s largest city faces its fourth and possibly worst flooding in less than a year and a half. Days of torrential rain caused dams to overflow and waterways to burst their banks, creating another flood emergency in parts of the city of 5 million people.

“The latest information we have is that there’s a very good chance the flooding will be worse than the other three floods that those areas have had in the last 18 months,” Emergency Relief Secretary Murray Watt said.

The current flooding could affect areas spared from the previous floods in March last year, March this year and April, Watt added.

“You would probably expect this number to increase over the course of the week,” Perrottet said.

One year of rain in one day

“The system that generated this weather is showing signs that it will decrease tomorrow, but expect more rain during today,” Golding said.

Off the coast of New South Wales, including Sydney, rain was forecast all week, she said. The Bureau of Meteorology said it could fall as much as 4.7 inches in Sydney on Monday.

The risk of flooding was greatest along the Hawkesbury River, in Sydney’s northwest, and the Nepean River in Sydney’s west.

The agency reported major flooding in the Nepean communities of Menangle and Wallacia on Sydney’s southwestern outskirts on Monday afternoon.

Major flooding also occurred on the Hawkesbury in North Richmond on the northwestern outskirts of Sydney. The Hawkesbury communities of Windsor and Lower Portland would be flooded Monday afternoon and Wisemans Ferry Tuesday, a statement from the agency said.

A cargo ship carrying 21 crew members was lost off the coast of New South Wales on Monday morning after leaving port in Wollongong. It was anchored off the shore and tugboats were preparing to tow it into safer, open waters.

The ship has engineers on board who can repair the engine, port official John Finch told reporters. “Unfortunately, we are in some horrendous conditions right now,” he said, describing the 26-foot swell and the winds at 54 mph.

An earlier plan to airlift the crew of the freighter Portland Bay to safety was canceled due to bad weather.

Repeated flooding took a toll on members of a riverside community southwest of Sydney, said Camden Mayor Theresa Fedeli, where homes and businesses were inundated by the River Nepean on Sunday evening.

“I just keep saying… ‘We have to be strong, we’ll get through this.’ But you know deep down that it hits a lot of people very hard,” she added.

Perrottet said the government and communities had to adapt to major floods that are increasingly common in Australia’s most populous state.

“To see what we’re seeing across Sydney, there’s no question that these events are becoming more common. And governments need to adapt and make sure we respond to the changing environment we find ourselves in,” said Perrottet.