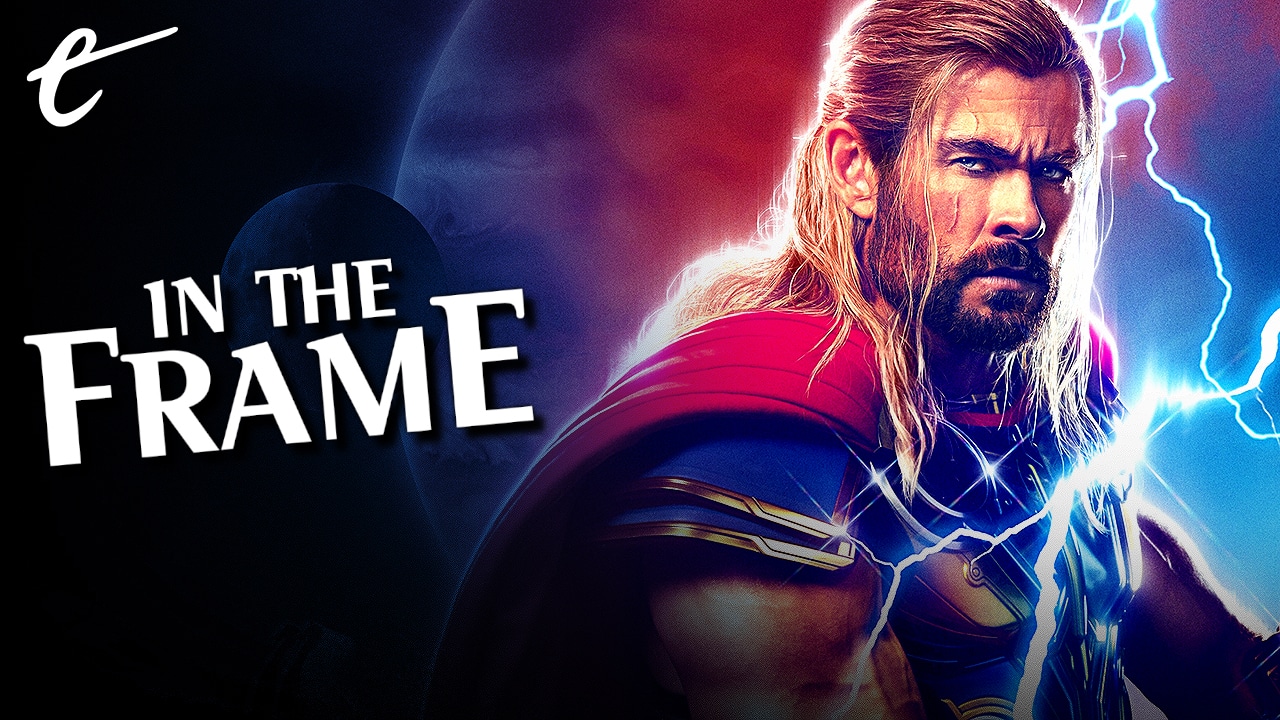 There’s a recurring joke in it Thor: Ragnarok, in which the eponymous superhero (Chris Hemsworth) repeatedly claims he is the “strongest Avenger.” The film consistently drains Thor’s high opinion of himself, eventually revealing that Bruce Banner (Mark Ruffalo) is the strongest member of the team, at least in the mind of Tony Stark (Robert Downey Jr.). Still, there is a solid argument for Thor as the best avenger. In any case, unlike many of his colleagues, he is a superhero.

One of the big recurring trends in the modern superhero boom that started with Bryan Singer’s X-Men and that of Sam Raimi Spider Man is the militarization of these spandex-clad heroes. The trend was especially pronounced after Christopher Nolan’s Batman Begins determined that much of Bruce Wayne’s (Christian Bale) arsenal was derived from technology built for the military, turning the Caped Crusader into something of a one-man paramilitary force.

There are a number of obvious reasons for this trend. Most evident was the rise of superheroes in the midst of the War on Terror. Critics have pointed out that so many of the generic “hole in the sky” set pieces from modern superhero blockbusters exist as weird and wonderful mirrors of 9/11. Even in terms of basic cinematic language, so much of the urban devastation in these films is shot in such a way that it conjures up and recalls images of those terrorist attacks.

This is especially true of the Marvel Cinematic Universe, which was shaped by Jon Favreau’s success Iron Man† Reflecting the comic book origins, Tony Stark is a weapons designer scarred in an overseas war. In the comics, it was the Vietnam War – at least originally. The film transposes the events to the war in Afghanistan. Stark owns a weapons company and builds a weapon of mass destruction that turns him into a superhero.

Stark is entangled in the American military-industrial complex, as are many of his contemporaries. Some of these roots can be found in the original comics. Steve Rogers (Chris Evans) was always a skinny kid who wanted to join the military so much that he volunteered to take part in a super-soldier experiment. Bruce Banner (Edward Norton) had slightly changed his lineage so that he no longer became a superhero through an obvious atomic bomb stand-in, but through testing super soldier serum.

However, other superheroes within the shared universe are explicitly revised to bring them closer to the armed forces. While his comic book counterpart was a social worker, Sam Wilson (Anthony Mackie) is introduced as a veteran of foreign wars. Hank Pym (Michael Douglas) is reinvented as a former military asset, taking assignments even during the Cold War. Even teenage vigilante Spider-Man (Tom Holland) gets a suit designed by Stark with an “instant kill mode” and later inherits a fleet of drones.

Clint Barton (Jeremy Renner) is a former soldier, although his comic book counterpart was a carnie. Natasha Romanoff (Scarlett Johansson) retains her comedic spy origins. While Carol Danvers (Brie Larson) has always served in the Air Force, Captain Marvel leans so hard into that aspect of her character that it plays like a recruiting movie. Even Stephen Strange (Benedict Cumberbatch) is recruited into an order that guards the limits of reality, with Kamar-Taj looking like a military academy.

Christopher Nolan was concerned about the militarization of the superhero genre. “This is too much power for one person,” said Lucius Fox (Morgan Freeman) at the height of The Dark Knight† The Dark Knight Rises agrees with Bane (Tom Hardy) using Wayne’s resources to take control of Gotham, illustrating the folly of concentrating such power. Unlike, Black Panther featuring a heroic CIA agent (Martin Freeman) who helps prevent a coup in a resource-rich foreign power.

While its comic book counterpart largely operated on the fringes of the shared universe, allowing for rare exceptions such as: secret war, super spy Nick Fury (Samuel L. Jackson) and his agency SHIELD became the glue that held the cinematic shared universe forever. “The Avengers Initiative” originated as a project overseen by SHIELD. Even if the movies are intentionally ambiguous about who exactly SHIELD is responding to, it’s still a recognizable military organization.

It is indeed revealing that the central conflict within The Avengers is the push-and-pull between Steve Rogers and Tony Stark about what exactly the team should be. After the death of SHIELD agent Phil Coulson (Clark Gregg), Rogers challenges Stark, “Is this your first time losing a soldier?” Stark replies bluntly, “We’re not soldiers.” The Avengers is very much a film about how superheroes should not be treated as instruments of the military-industrial complex.

This approach is not going to last. The avengers franchise is powered by writers Christopher Markus and Stephen McFeely, along with directors Joe and Anthony Russo. The extent to which they leaned on this militarization of superheroes is reflected in the titles of the first three of their four films in the universe: Captain America: The Winter Soldier† Captain America: Civil Warand Avengers: Infinity War† Despite Stark’s protestations, these superheroes have certainly fought in many wars.

This is why Thor stands out from so many of his contemporaries, especially given the prism through which Hollywood tends to explore these characters. Thor works best as an old-fashioned superhero. Stan Lee claimed he was inspired to build a comic strip around Thor because he wanted to write “the greatest, most powerful superhero of them all.” While superhero costumes became even more militaristic and resembled body armor more and more, Thor kept his vibrant red cape.

Kenneth Branagh’s Thor leaned into the fantastical elements of the character. As a child, Branagh loved the Thor comics because they contrasted with “all American urban comics” of the era. He had a strong emotional connection with Thor, distinguishing the character in comparison to many other American superheroes “such as Batman and Superman.” Branagh enjoyed directing a traditional superhero adventure, even tilting the camera as if he were filming an episode of Batman†

Branagh’s Thor comes closest to producing a classic pre-9/11 superhero movie, with Jaimie Alexander even comparing Asgard’s set design to Richard Donner’s Superman† Thor is, of course, the son of King Odin (Anthony Hopkins) and the plot is built around palace intrigue orchestrated by his brother Loki (Tom Hiddleston), but Thor is much less militaristic than that of Favreau Iron ManLouis Leterrier’s The Incredible Hulkor Joe Johnson’s Captain America: The First Avenger†

This may explain why Thor felt lost in the movies that followed. Despite being a founding member of the team created to fight his brother, Thor is a secondary character during The Avengersperhaps because he has nothing to add to the movie debate about the militarization of superheroes. Thor: The Dark World reformulates Thor as a militaristic peacekeeper in the disorganized Nine Realms, fighting the final battle of his grandfather’s genocide against the Dark Elves. The result is disappointing.

Thor sits outside the events of Civil war, featuring a comedy short film that revealed he was taking “some me-time” by traveling to Australia and moving in with a civilian named Darryl Jacobson (Daley Pearson). Thor doesn’t just shun the militarism of Earth’s superheroes; he also eschews the trappings of Asgardian royalty. Thor is a very privileged child, heir to the throne of Asgard. However, Ragnarok does everything he can to have Thor destroy Asgard after his father’s death.

Rejecting the approach of The dark worldand listening to Branagh’s approach in ThorTaika Waititi’s Ragnarok relies heavily on the idea of ​​Thor as a character who loves being a superhero. Over the course of the film, Thor repeatedly explains his motivations and justifies his actions by saying, “Because that’s what heroes do.” While the film has a sense of humor, it also fits into Thor’s philosophy. Thor does not wage war or lead an army. He becomes a superhero.

Indeed, Ragnarok can be read as a radical postcolonial parable that deconstructs the imperialist fantasies embedded in myths like Asgard. The film reveals that Asgard is literally built on top of fallen soldiers’ graves, so Thor’s decision to let it be consumed in an epic battle between Hela (Cate Blanchett) and Surtur (Clancy Brown) reads as a rejection of the idea of ​​superheroes as a expansion of the military power of the state. They can be so much more.

Of course, Thor inevitably gets caught in the gravity of Infinite War and Endgamebut neither movie knows what to do with him. Infinite War bookends with Thor fighting Thanos (Josh Brolin), but he is largely isolated from Rogers’ efforts to build an army. In EndgameThor serves as an unfunny comic relief, reduced to a series of fat jokes. Thor also abandons Asgard’s fugitives when they need him most, rejecting the humanism of Ragnarok†

To be fair, this is the reality of modern franchise movies where a character is pulled in different directions by the needs of multiple writers and directors working on multiple projects with multiple goals. More than most of his contemporaries, Thor is caught in the gravitational pull of the shared universe, torn between creative teams with very different ideas about how best to use the character in a given movie.

Still, Thor stands out from many of the other superheroes in the shared universe in that he is rarely characterized as either a soldier or a warrior, despite the clear historical precedent for a Norse deity. Instead, the projects that put Thor to good use have treated him as an archetype of a purer approach to superheroism, one that isn’t entangled with the military-industrial complex to the same extent as so many modern superheroes.