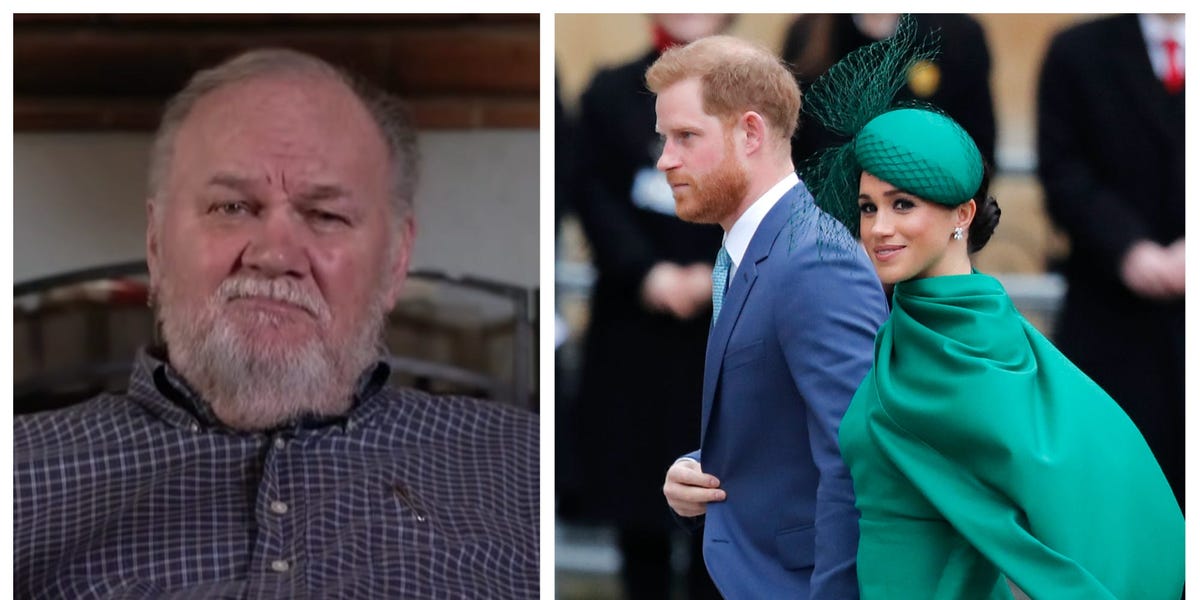 Karl Larsen spoke to Insider about what it was like working with the Duchess of Sussex’s father, Thomas Markle.

The famed photographer is half of Remarkable Friendship, a YouTube channel he co-created with Thomas earlier this year, where they posted videos about pop culture, the royal family and Thomas’ estranged daughter Meghan Markle. The channel has over 18,000 followers at the time of writing.

Thomas, 77, had planned to attend the Queen’s Platinum Jubilee in June, marking the monarch’s 70 years on the British throne. But he was hospitalized after suffering a stroke in May and missed the celebrations while recovering at home. Larsen told Insider that he attended the anniversary with his wife and son, and plans to upload videos about the experience to YouTube.

After Larsen’s interview with Insider, Thomas told Insider that he has broken off his relationship with Larsen since recording their most recent YouTube episode, which went live on May 21. In a telephone conversation with Insider, Thomas’ son, Thomas Markle Jr., said he was unhappy with Larsen because he spoke on behalf of his father.

Larsen said they created the YouTube channel so people can see the real Thomas.

“The Thomas I know is kind of a dry sense of humor, which comes out on our YouTube channel, even though we seem awkward together,” Larsen said.

But unlike other interviews Thomas has given in the past, Larsen says, the YouTube channel has allowed him to edit things he regrets saying.

“When he’s doing interviews on networks, whether it’s with Piers Morgan or Dan Wootton, they always drill him with questions and he always feels like he has to answer them,” Larsen said.

“He doesn’t have a filter… There are things that are said on my channel that I think are inappropriate, that I throw out,” Larsen added.

“But people like Dan Wootton, he won’t say, ‘Oh, Harry is an idiot?’ We have to stick to that,” Larsen said, referring to a UK-based journalist who… interviewed Thomas in the past.

Thomas has openly criticized Meghan and Prince Harry in recent years. In a YouTube video published on April 2, he scolded Harry for not returning to the UK for Prince Philip’s memorial service in March, saying most people would hate the couple if their PR team wasn’t there. .

Larsen told Insider that he is in the process of writing a memoir, “Don’t judge a book by its cover; My Story with Thomas Markle.” The book, co-written by Timothy Reinhardt, tells the story of Larsen’s career as a celebrity photographer and his relationship with Thomas, said Larsen, who says he’s investigating possible publishers.