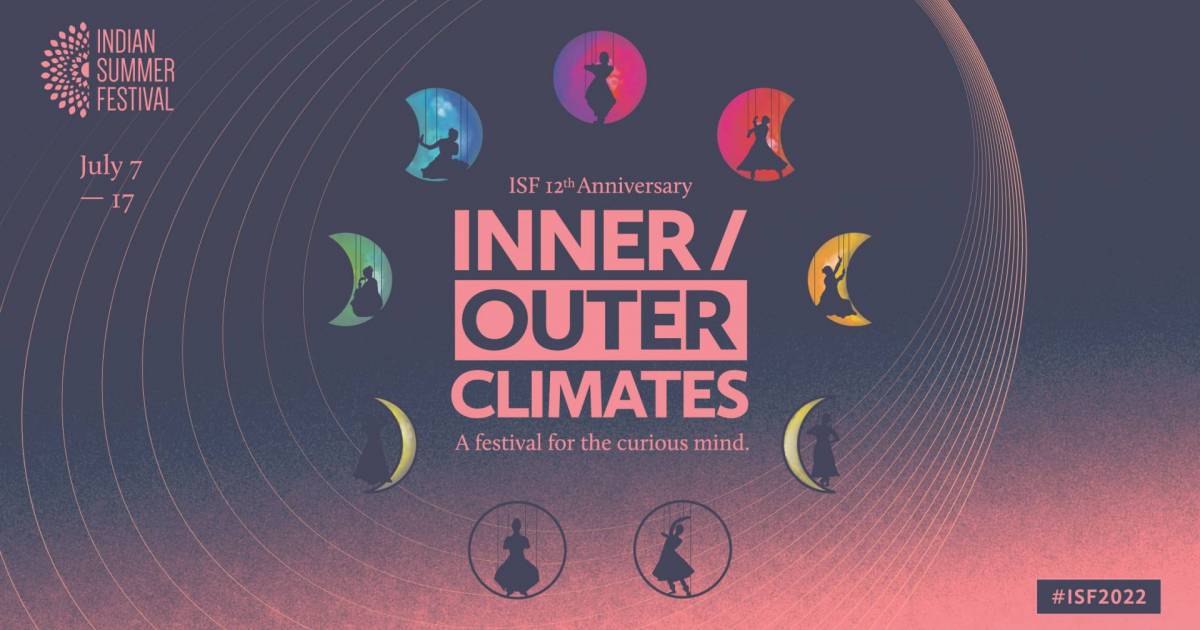 (This story is sponsored by the †

From July 7-17, one of Vancouver’s most anticipated arts and culture festivals will resume in-person events at Performance Works on Granville Island.

After being virtual for two years, the Indian Summer Festival (ISF) will showcase live music, dance performances, film screenings and more. Since the pandemic-related restrictions have been lifted, the festival can resume building a strong South Asian cultural presence within the community.

“The essence of a festival is to create a meeting place,” said Sirish Rao, co-founder and artistic director of the ISF. “We have not been able to meet this basic human need for the past two years, although we have tried to create a digital campfire through our online events.”

The 12th anniversary edition talks about the theme of “Inner/Outer Climates”, examining some of the current concerns that weigh heavily on society. The lineup focuses on climate change, mental health and social justice issues, which will be addressed with the curiosity and enthusiasm that has always characterized the ISF.

“Our theme this year reflects our biggest concerns today: our personal health and planetary health. And to support the theme, we’ve invited an amazing cast of local and international writers, filmmakers, musicians, performers, dancers, performers and healers. I believe they will help us dream of new ways to live our lives, and there is healing in this process,” says Rao.

The lineup casts a spotlight on insightful speakers, award-winning filmmakers and groundbreaking artists such as South Asian and indigenous DJs. After each event, attendees will feel connected to the community and inspired to heal their indoor and outdoor climates.

On Saturday 9th July at 7pm, people can witness a captivating discussion between a panel of notable writers and thinkers. will be hosted by Rao and Chan Center for the Performing Arts curator in residence Jarrett Martineau, and will feature renowned authors Naomi Klein, Amitav Ghosh, Robyn Maynard, and Leanne Betasamosake Simpson, as well as Tsleil-Waututh community organizer Rueben George.

Together they touch the personal and political forces that shape our society, such as colonialism and the global supply chain. Those attending the event can also attend a live musical performance by Juno Award-winning jazz guitarist Gordon Grdina and sitar maestro Mohamed Assani.

On Sunday 10th July Tarun Nayar, former band founder of Delhi 2 Dublin, will share his latest adventures in music. Nayar has researched the bioelectricity of plants and the sounds they produce when connected to a synthesizer.

Another event, , will take place at Performance Works on Granville Island, featuring veteran musician Tarun Nayar and including wireless headsets. Those in attendance will be impressed by his ability to create mushroom music alongside sitar player Sharanjeet Singh Mand. The rare collaboration of the natural and human worlds begins on Sunday, July 10 at 4 p.m.

Pakistani singer Arooj Aftab, along with the Chan Center of the Performing Arts, will perform for the first time in Vancouver on Wednesday, July 13. At 8 p.m., the Grammy-winning singer, songwriter and composer will perform at the University of British Columbia’s Chan Center for the Performing Arts. her latest album, Vulture Prince, has already been named to several “Best Albums of 2020” lists. Tickets for the show can be purchased.

For festival highlights and the full event lineup, visit