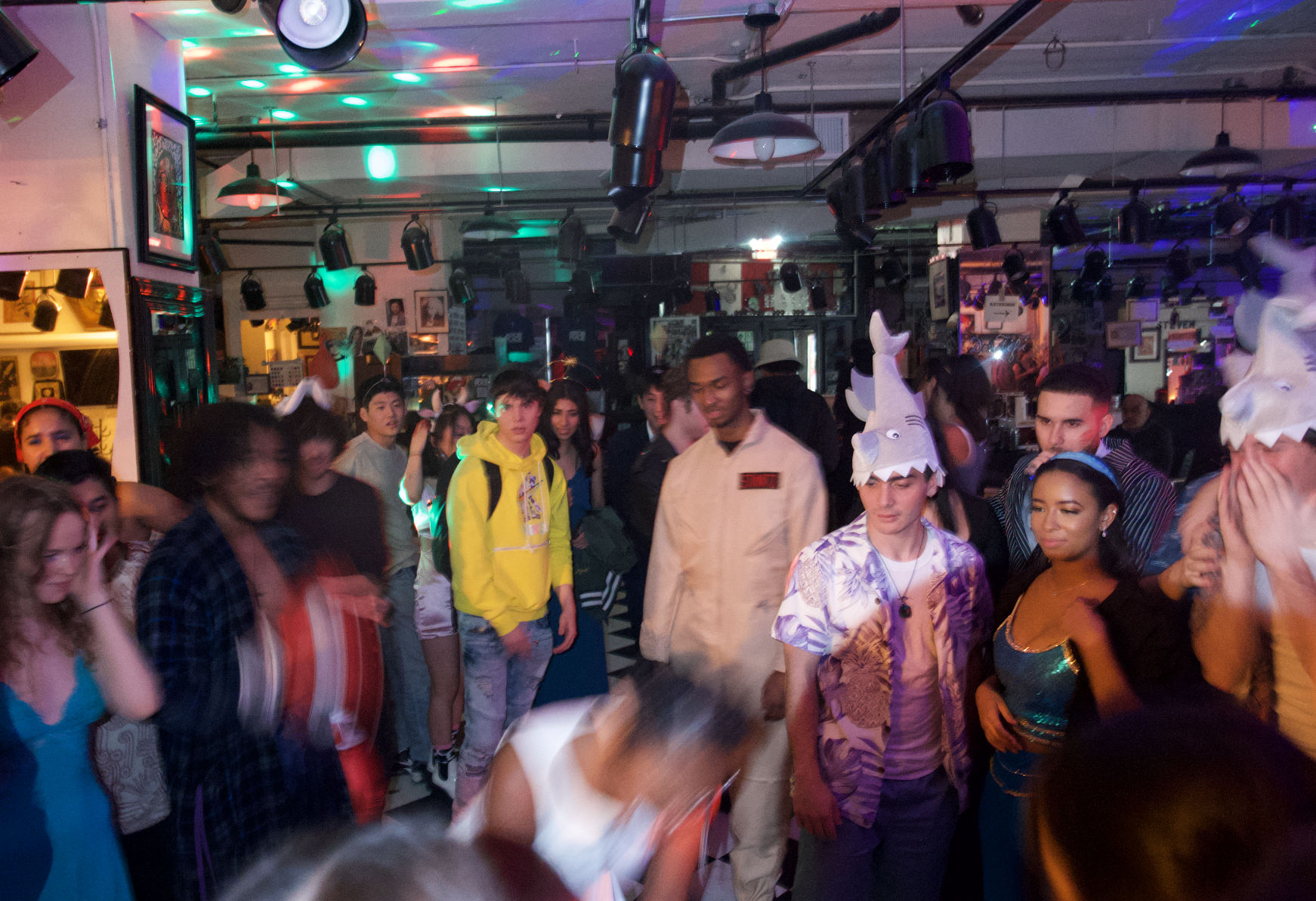 What were you until while in college? Partying, of course, but maybe not while also kicking off a pretty awesome business plan that capitalizes on both the city we call home and college students’ penchant for blowing off steam while dancing.

The current New York University (NYU) sophomore who takes up music, Major Quincy Davis, who is 19 years old, spent last year partying for his friends in his dorm room. “The parties kept getting bigger because people wanted to stay local,” Davis explains, noting that he also DJed at the events. “We got to the point where we had pretty consistent parties of 50 people and I decided to take it to a real venue. Finally, I ended up in the Astor Place Hairstylists barber shop in Greenwich Village.”

Whether by accident or not, Davis stumbled upon an iconic downtown location filled with the kind of historical energy most NYU students apply to the school to actually experience: Astor Place hairstylists in midtown Manhattan, near the university campus.

“We’ve lent our space to host art shows and comedy nights in the past, but these NYU parties are especially interesting to me because Astor Place has this history of helping to spread and permeate downtown culture to the rest of the world.” Manhattan and the world,” says owner and financier Jonathan Trichter. “But during the pandemic, the neighborhood didn’t get a chance to freshen up. It became sedentary. So I was really looking for young, talented creators to have some fun with the space and I thought it would help us reconnect with young people get in touch with culture in New York.”

The bet was a success: Nearly 300 students paid to attend Davis’s latest barbershop party and he has many more planned at other locations. Although mostly attended by his fellow students, Davis’s parties are open to the public.

For his part, Trichter acknowledges that the post-pandemic events have revived his business, while introducing younger people to the kind of culture that has characterized downtown New York for decades.

“We always had a regular clientele of everyday, working-class New Yorkers looking for a great haircut at a reasonable price in a place that was authentically New York — which is what the store has largely become,” he explains. “But we get a lot of people homesick for a piece of what New York was after the pandemic. We’ve also been embraced by the LGBTQ culture because we would accommodate them without looking twice – we were a gay-friendly company before other people knew what that meant.

Speaking of hair culture, what styles have rocked our streets in the past year? “We’ve seen a lot of crazy colors this past spring and summer,” says the guru. “People went out for the first time again and wanted to be expressive, show more skin and style.”