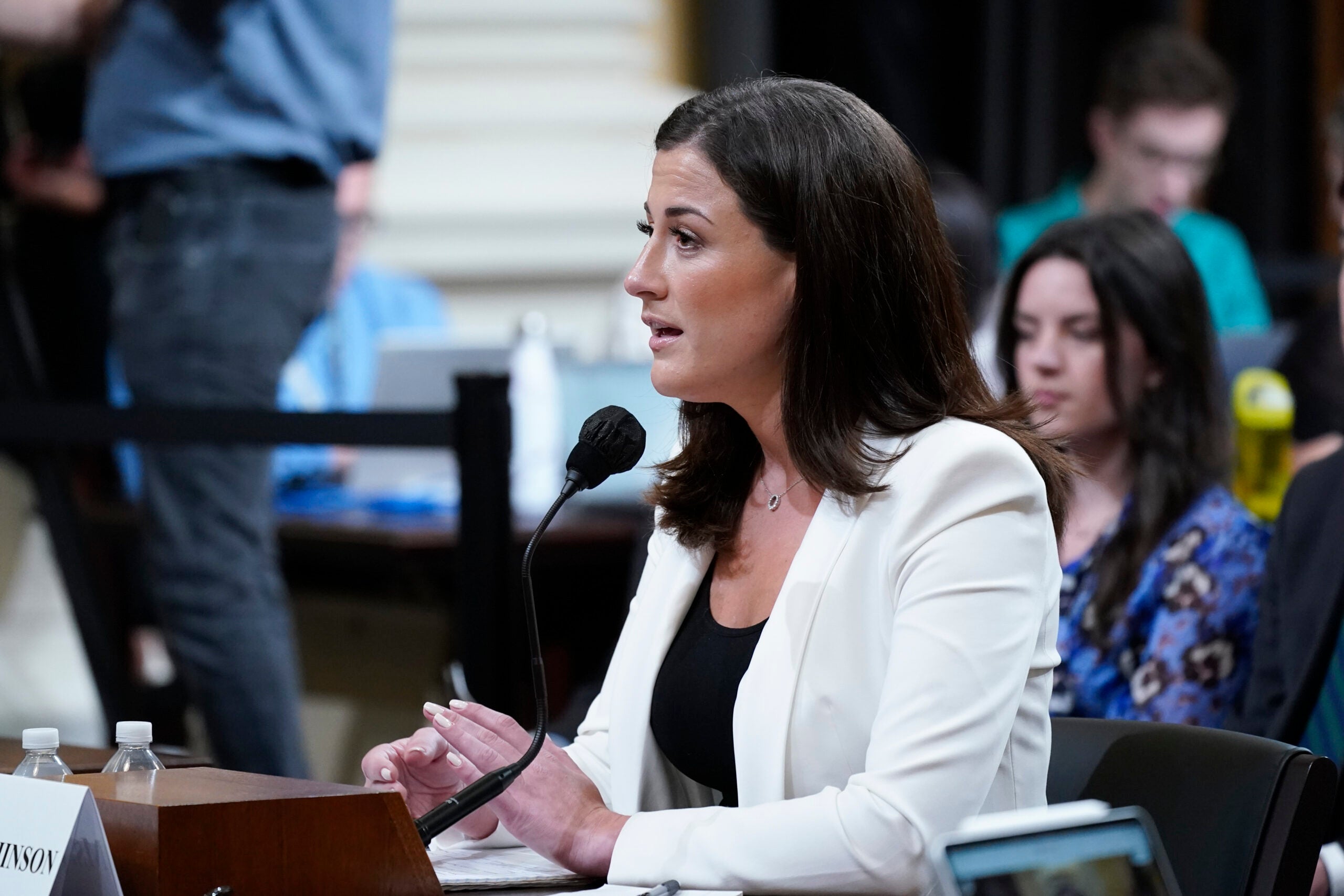 The scoop, which was published on December 1, 2020, quoted Barr as saying the US Department of Justice had found no evidence of widespread voter fraud that could alter the outcome of the 2020 election. It was a bomb that contradicted the concerted effort of Trump, his boss, to undermine the results of the election.

In a statement to the committee dated Jan. 6 on Tuesday, former White House aide Cassidy Hutchinson recalled hearing “noise from the hallway” around the time the AP interview was published.

She saw a door open in a west wing dining room where Trump had eaten, and a clerk changing a tablecloth.

“He motioned for me to come in and then pointed to the front of the room by the mantelpiece and TV when I first noticed ketchup dripping down the wall and a shattered china plate on the floor,” Hutchinson said. .

The clerk told her Trump was upset about Barr’s interview with the AP and had his lunch thrown against the wall, she said.

“I grabbed a towel to get ketchup off the wall,” she said.

The story was written by AP reporter Michael Balsamo, who had been told the day before that Barr wanted him in for lunch. In a video testimonial before the committee, Barr said he “thought it was time to speak up” about the voter fraud allegations.

Balsamo acknowledged the significance of the statement when Barr said the department had discovered no evidence of voter fraud, and asked him to repeat it, and he did. After lunch, he quickly learned his story from a Department of Justice office.

Neither Balsamo nor AP editors commented on Hutchinson’s testimony on Tuesday.

Shortly after the interview that day, Barr went to the White House for a previously scheduled meeting with Trump’s chief of staff Mark Meadows, to whom Hutchinson was a special assistant.

“I told my secretary I thought I was probably going to be fired and not to come back to my office so you might have to pack your things,” Barr said in his videotaped testimony, released at an earlier hearing.

He was asked to see Trump, who was “as crazy as I’ve ever seen him,” and suggested the attorney general hated him.

Sign up to get the latest headlines delivered to your inbox every morning.