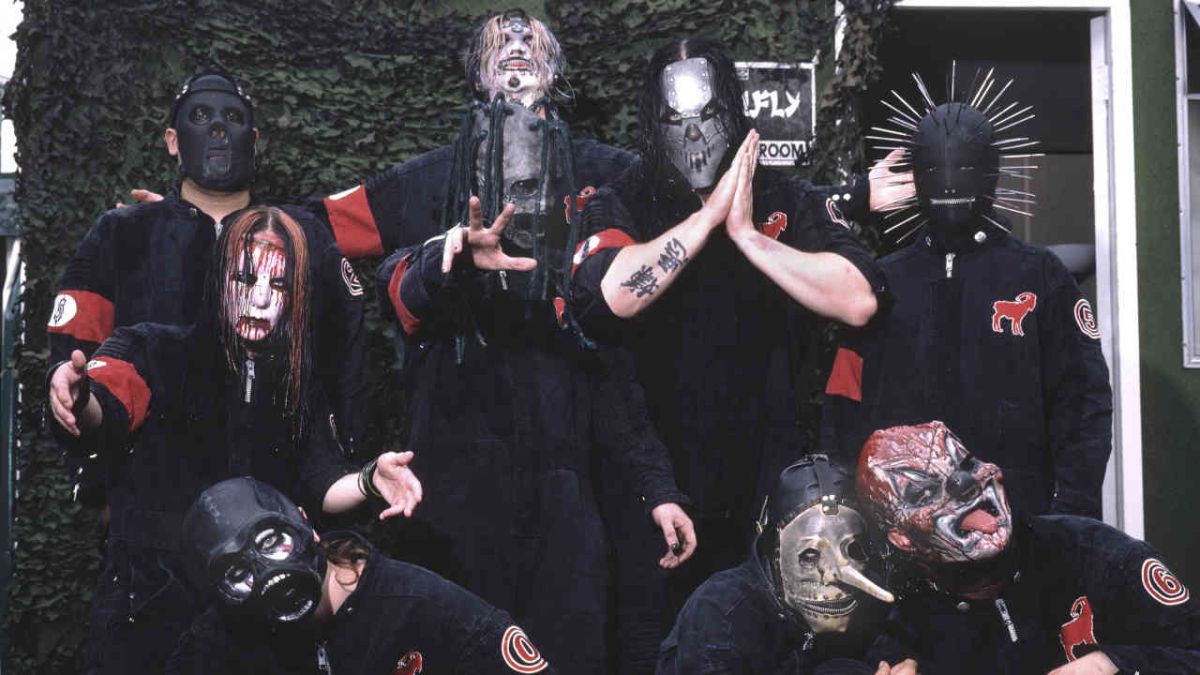 Released on August 28, 2001, Iowa, confirmed everything the world loved and feared for Slipknot. Named after the band’s native state, their second effort unleashed a relentless siege of brutality, rooted in a blinding new level of technicality and crushing waves of heaviness, both sonically and thematically.

Looting numbers like: The heretic national anthem† People = Shit† my tease and disaster piece would eventually take Iowa to platinum certification, a few Grammy nominations (for my tease and Abandoned) and straight into the hearts of thousands of new fans around the world.

The recording of Iowa famed for capturing Slipknot at their darkest, as the band turned to drugs and countless other forms of hedonism and self-abuse to cope with the dawning of a superstar, the struggles in their personal lives and the ever tenuous relationships between the members.

The supporting world tour was postponed for a week due to the September 11, 2001 terrorist attacks in New York City, and then a November 20-date US tour was canceled so that percussionist Shawn “Clown” Crahan could be with his wife after she was admitted to the Mayo Clinic for Crohn’s Disease Treatment.

Their European tour, scheduled to begin on January 20, 2002 in Helsinki, was to be their first show in nearly three months and by the time the guys got to Finland they were spoiling for a bit of chaos.

Here we find the band in the video below, arriving for an album signing at a record store in Helsinki.

“What the hell are you looking at?” roars Corey Taylor at 1:33 as the band, in full masks and overalls, sign albums at a table. In support of his rhetorical question, he throws a middle finger at the camera and returns to his drawing. As for the threat, this screen pales in comparison to what happens next.

An interviewer stands against a wall in the store talking to the camera as Clown leans forward, his face barely a foot from hers. In a playful way, she introduces the clip in Finnish to the camera and then asks, “Shawn, how are you?”

“Hello,” he replies, without stepping back an inch.

“How are you?” she repeats.

There is official message that this interview will not be easy. For music journalists or any television host for that matter, this is the stuff of nightmares.

She pushes through even as the band tries their best to intervene. At two o’clock Mick Thomson walks up to him and punches Clown in the face.

“Ouch!” the interviewer exclaims with compassion.

“That’s how it works,” says Clown.

The guys are on one. As the interviewer continues to ask her questions, Clown’s persistent commitment to upset her grows with each passing minute. There will be no penetrating insights or moments of unguarded honesty here – just sheer threat.

“This is your new CD called Iowa‘, she says, ‘which is actually your hometown. Why did you name this CD after it?”

“That’s where I come from,” he replies.

“Is that the only reason?”

“This is where I come from.”

It is worth noting here that Finns are notoriously lonely people and they view the idea of ​​personal space with intense reverence. Whatever the weather, pass any Finnish bus stop and you’ll see everyone standing within 2-3 meters of each other.

But even when Clown sets up shop in her personal space, she carries on bravely. Finally, at 3:33 am, he points out, “You’re standing behind me.”

You get the feeling that the interviewer has entered the final stage of a video game and that she is now facing the Final Boss. After an awkward pause, she replies, “You’re scaring me. I don’t know what to say…”

Triumphantly, however, she perseveres as she goes through the rest of her questions with undaunted professionalism, even as Jim Root leans his face next to Clown’s, even as Clown grows more and more gruff and even when Clown invites her to punch him. In the end, she ends the interview and triumphs over the Final Boss.

“Thank you so much,” she says at the end of the interview, with palpable relief. “Thank you,” Clown replies, perhaps impressed by her resilience.

Honestly, it’s the stuff journalists’ nightmares are made of.