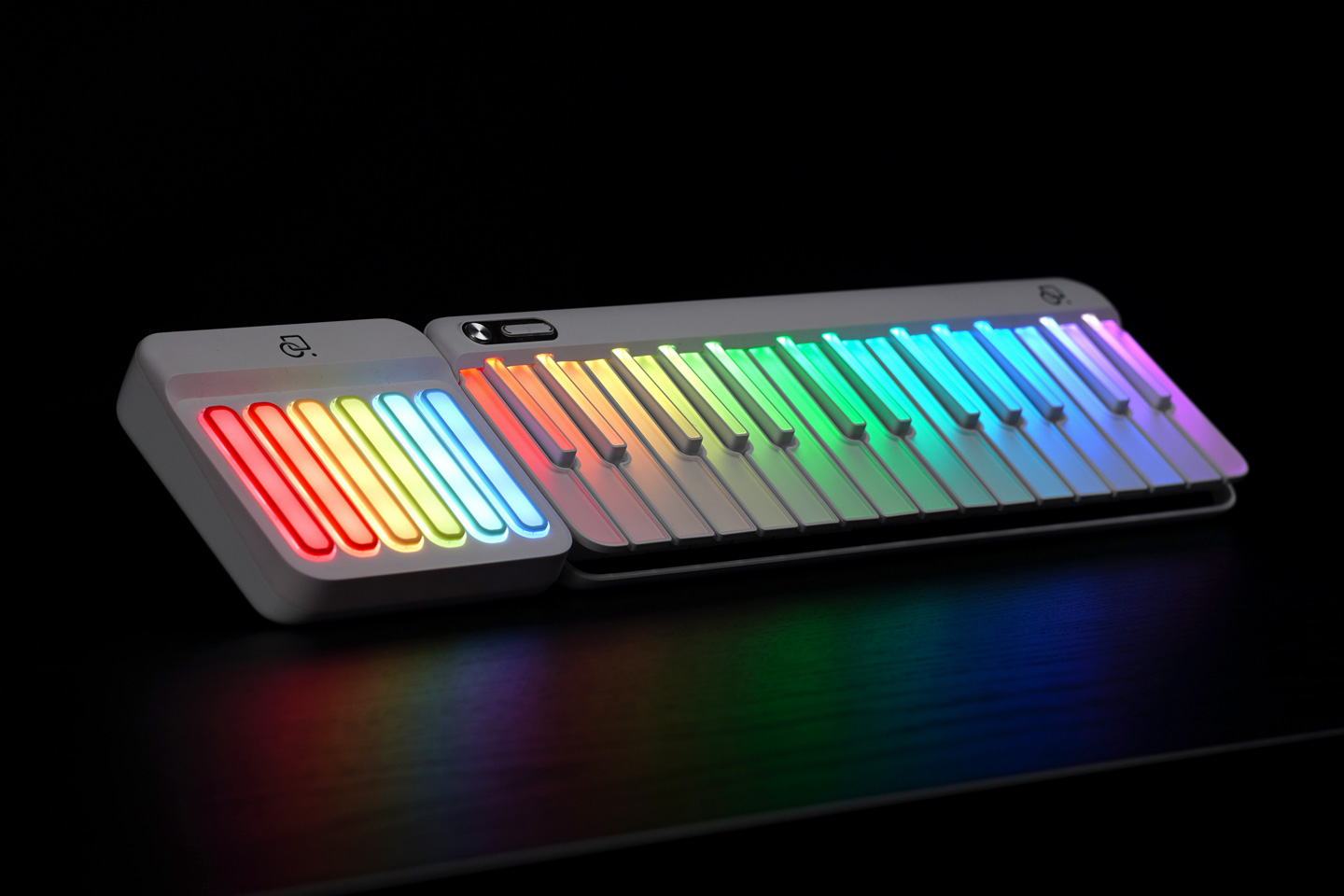 With the simplicity and appeal of something from a video game, combined with a color-coded set of keys and a modular design like the LUMI keyboard, the PopuPiano hopes to make learning music both fun and intuitive.

In addition to being a learning device and a powerful production platform, PopuPiano is a smart little gadget that’s easy to carry, easy to learn, and easy to impress. The piano has illuminated keys that not only add a splash of color to your music, but even guide you if you are a beginner. Like a DDR mat showing you how to dance, the PopuPiano’s keys light up when you press them, teaching you melodies, chords, and even genres. To make things interesting, the piano comes with a magnetic Chord Pad that lets you play melodies with your right hand and simple one-key chords with your left for more great performances. Finally, PopuPiano’s app ties the experience together, with tutorials, libraries, and the ability to connect your PopuPiano directly to other music apps and DAWs, as you would with a regular MIDI keyboard.

While you might argue that Guitar Hero doesn’t teach you guitar playing so much as hand-eye coordination, PopuPiano builds on that principle with an actual piano as an interface rather than just buttons. The piano connects to an app, which in turn uses a series of fun exercises and games to teach you all aspects of music theory and piano playing. The app works equally well for seasoned players too, allowing you to record, edit, access different instrument banks, produce tracks, and even transfer your tunes and tracks to other software to sample, remix, and just experiment in new ones. ways. 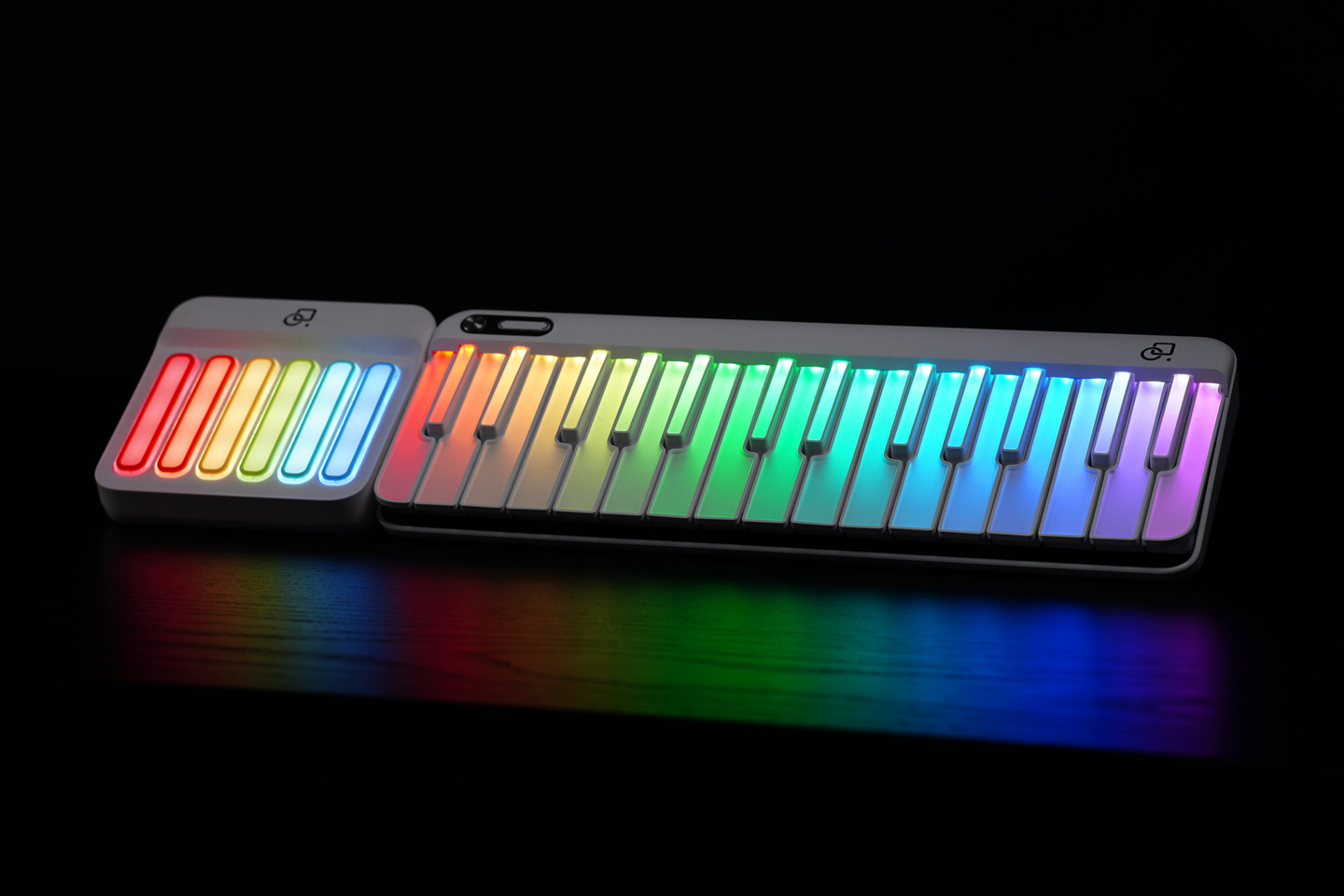 The Piano and the Chord Pad

The PopuPiano is a compact little 29-key gadget that’s perfect for one-handed practice, although you can also play a few pieces with both hands, and an octave switch on the top lets you go from C0 to C7. It has a modular design so you can click on additional piano units to effectively double your playing surface, allowing you to learn the instrument on a naturally larger playing surface…although the modularity is more suited to the accompanying Chord Pad, a 5-key module that lets you play chords, drums, or trigger loops on command. Since the PopuPiano’s 29-key surface can offer some limitations, the Chord Pad then becomes the perfect companion, allowing you to play hundreds of chords with the simple touch of a button. 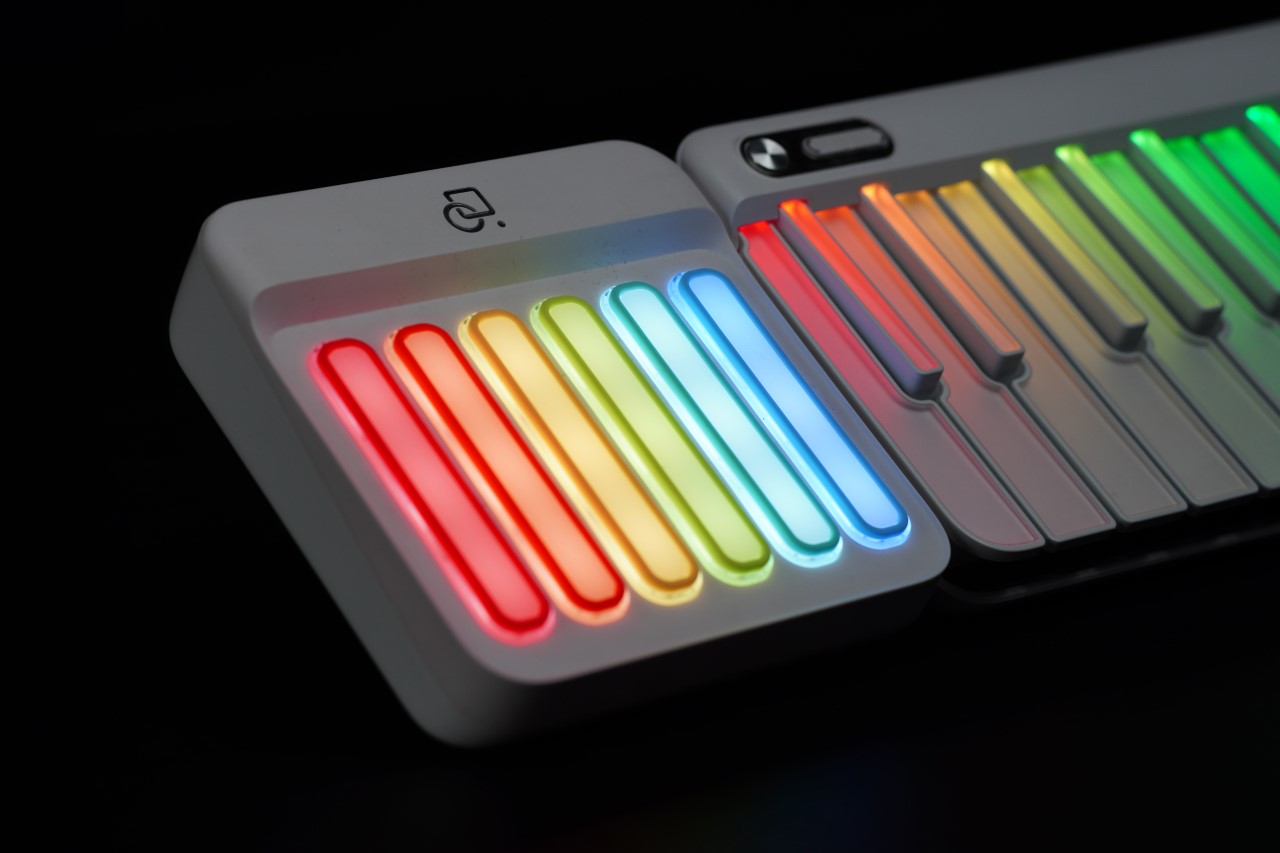 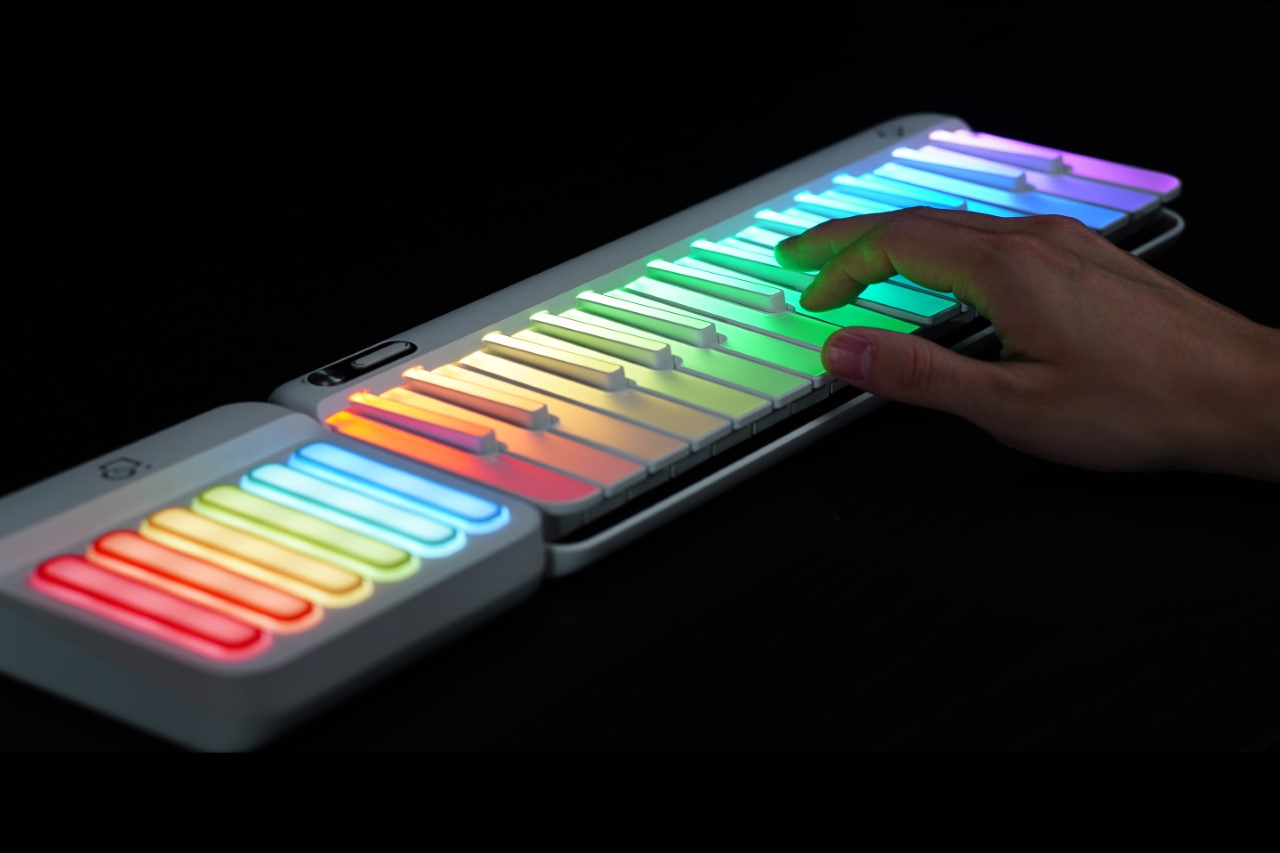 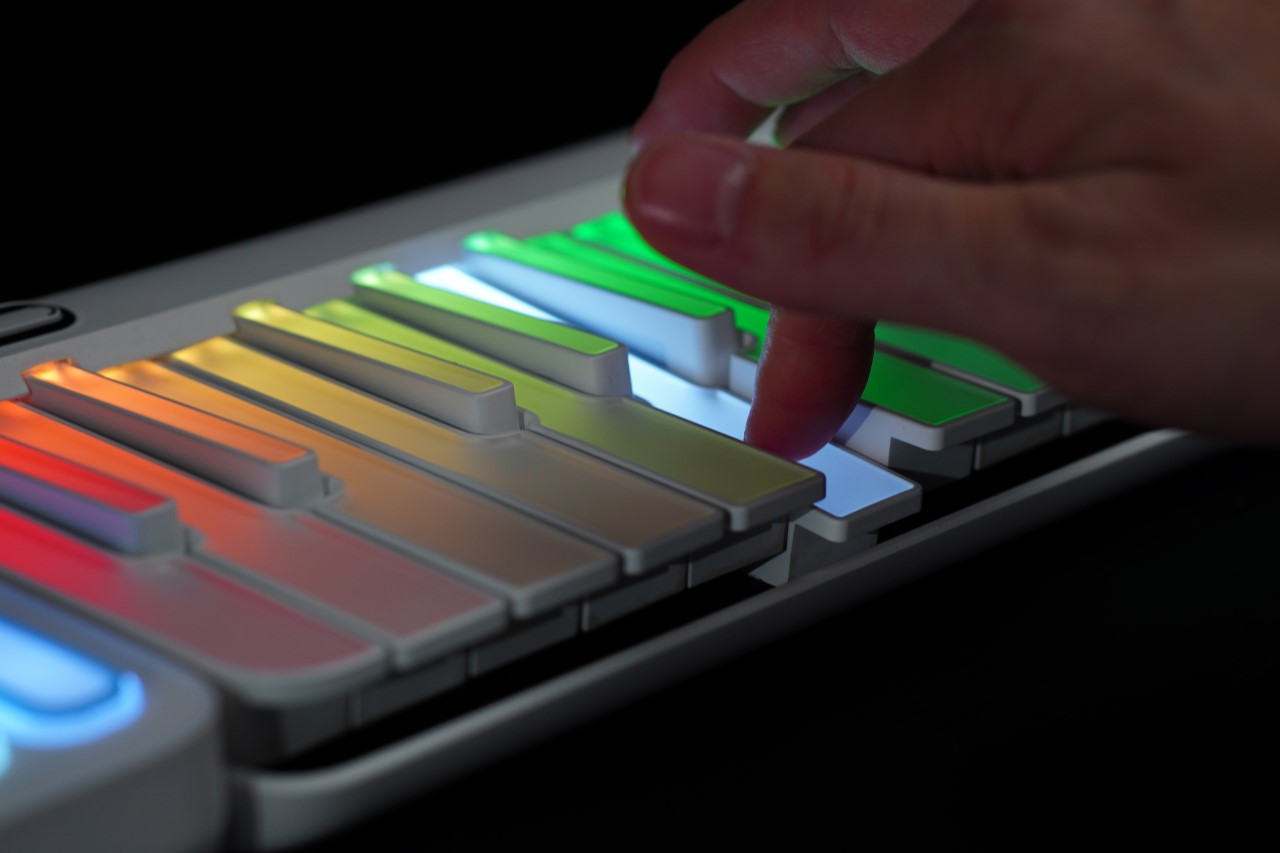 Comprehensive app with features for beginners and experts

The same PopuPiano and app provide two radically different experiences for learners and for seasoned professionals. For students, the app gives you access to free lessons, games, practice sessions, and even an ever-growing library of song tutorials featuring some of the most famous hits. For experts, however, the app gives you access to an instrument bank, the ability to select key lighting modes, advanced settings for the Chord Pad, and finally compatibility with apps and DAWs such as Garage Band, Cubase, Logic Pro X, FL Studio, Ableton, Cakewalk , Adobe Audition and many more. You can add the PopuPiano to your studio, or build a new studio around it, and create tracks that sound like magic with much less equipment. 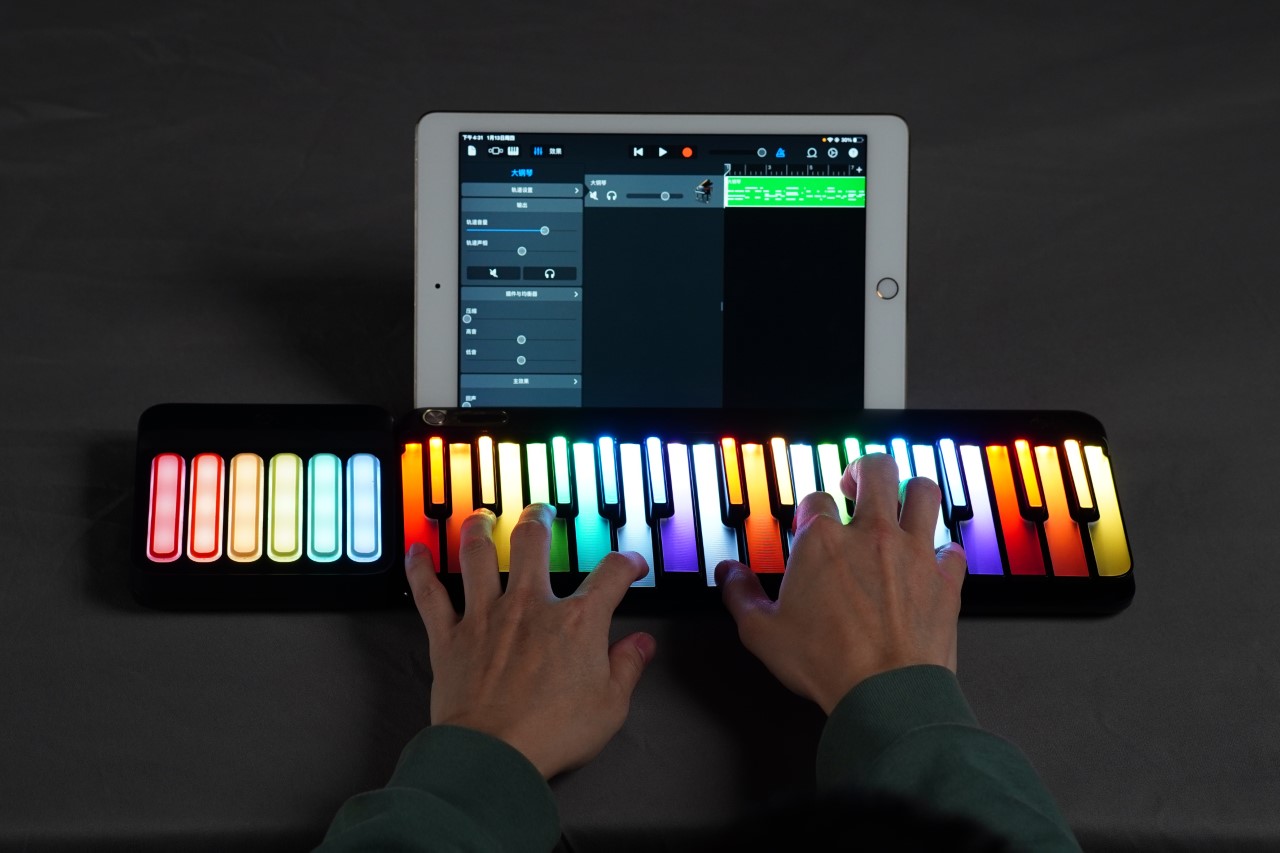 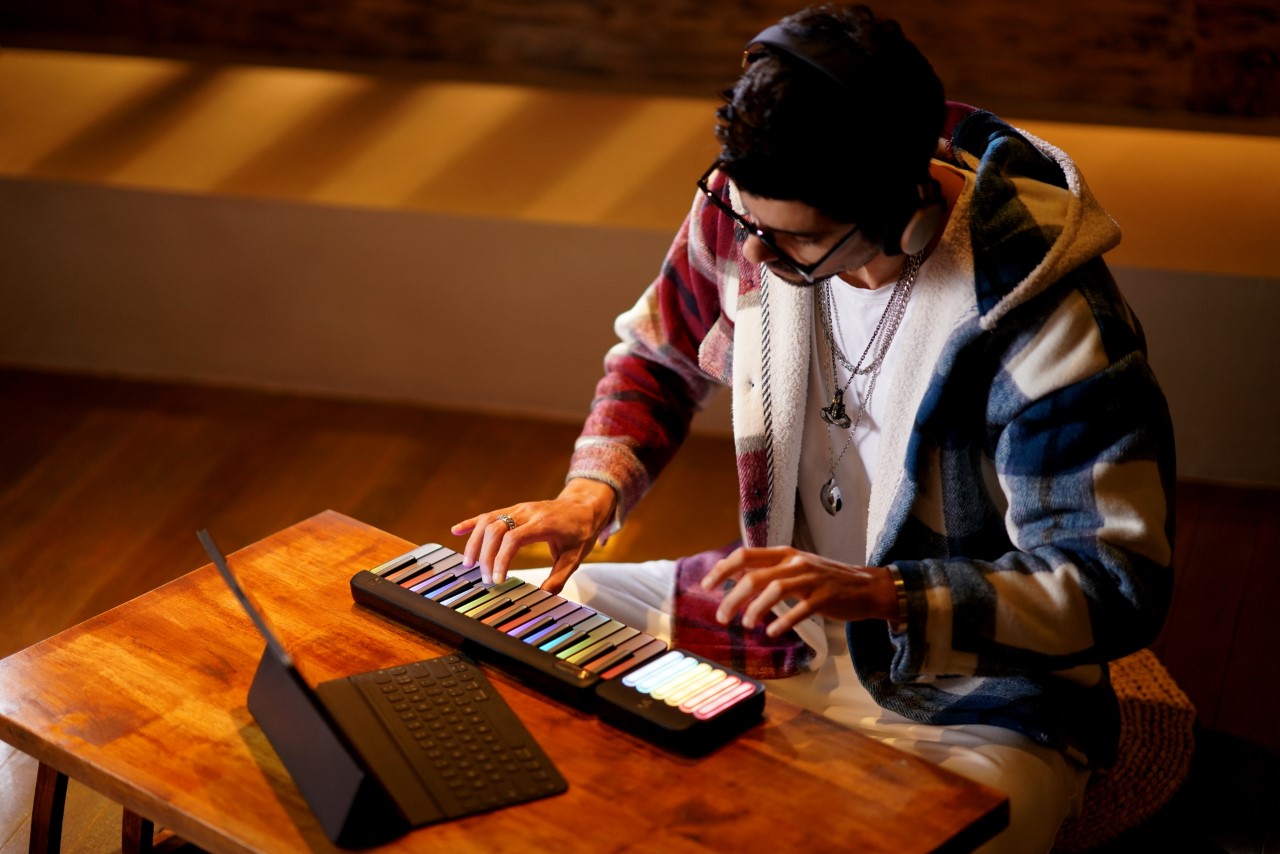 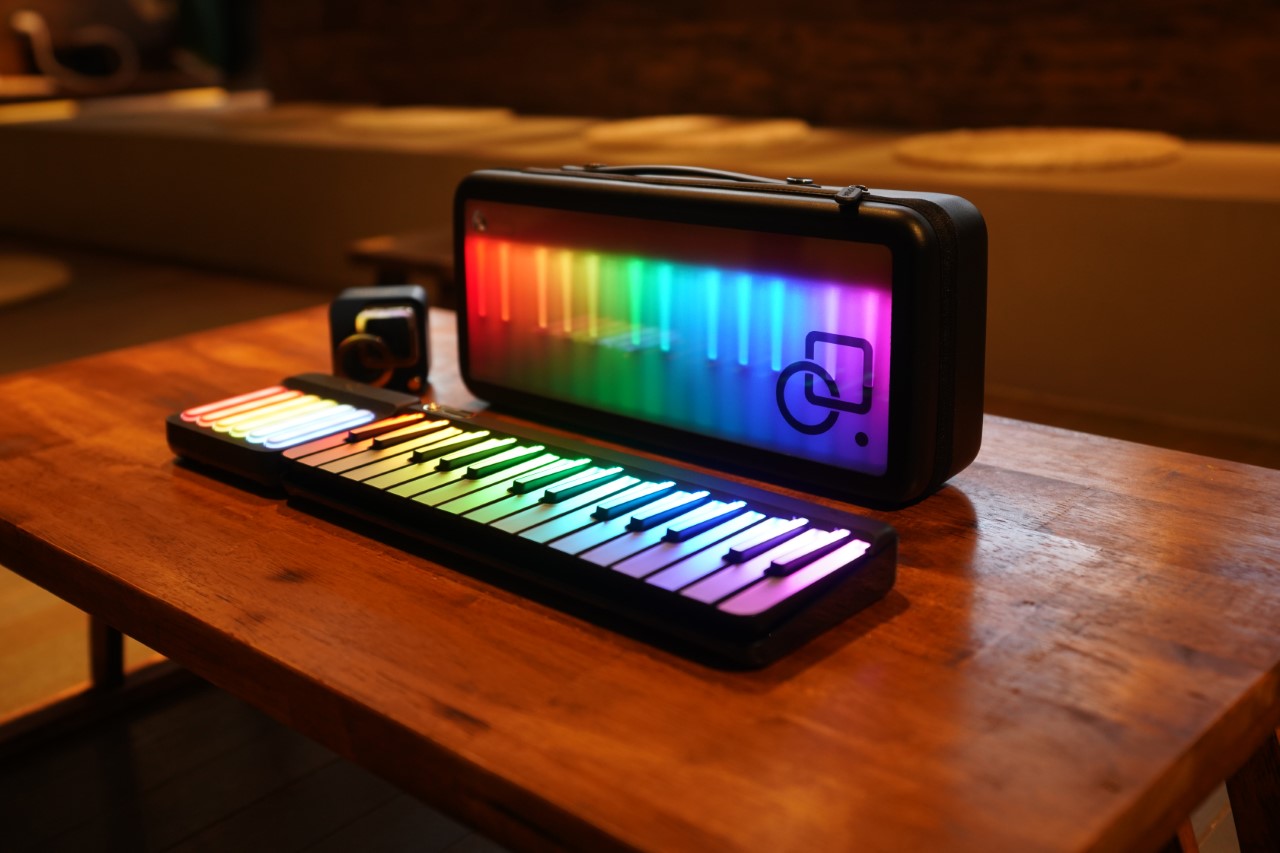 What makes the PopuPiano such an attractive device is its compact size combined with versatile capabilities. The piano is almost toy-sized, making it perfect for kids who don’t want to learn right away on an upright piano, and for professionals with cluttered studios or artists who need a small instrument while touring and composing in hotel rooms. The ABS construction makes the PopuPiano incredibly resilient, while the glowing Plexiglass keys glow perfectly even during the day to help you play, visualize and learn. A whopping 2200 mAh battery inside the PopuPiano gives you days of playing time before you need to plug it in to charge, and the piano connects directly to the app via Bluetooth 5.0 for minimal latency. The PopuPiano app is available on both Android and iOS (and iPadOS) platforms and is free to subscribe. You can buy the PopuPiano and Chord Pad for a special discounted price of $199, or for $238 you can even get a special translucent protective carrying case for your magical musical instrument! 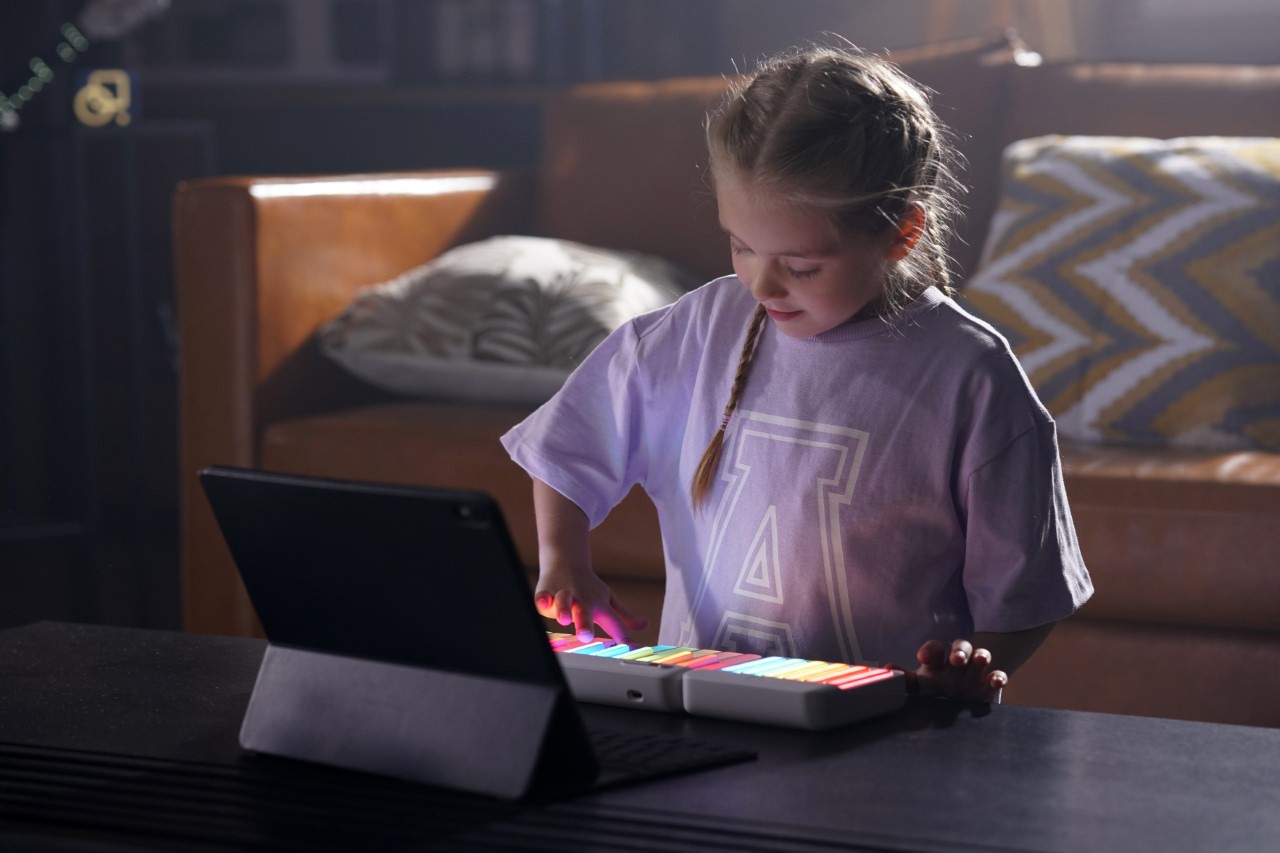 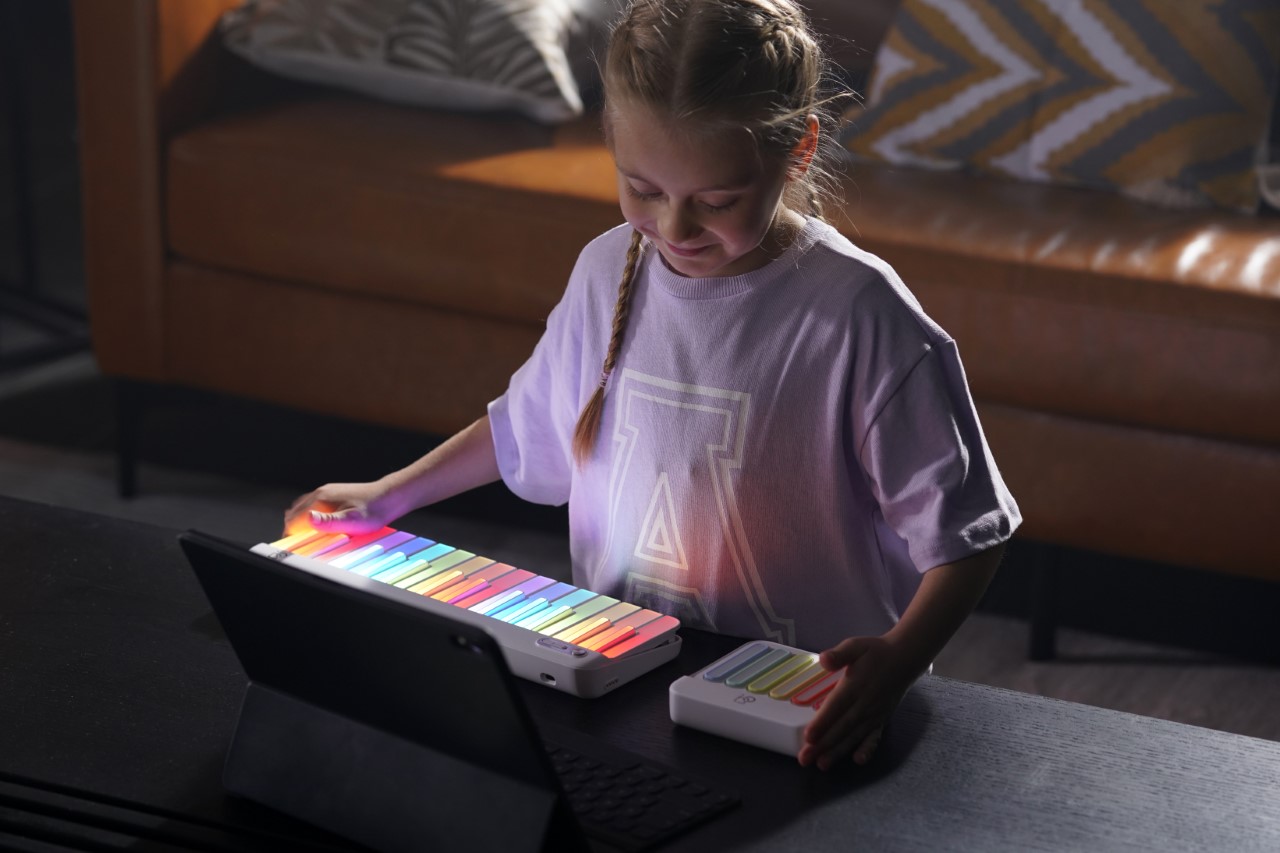 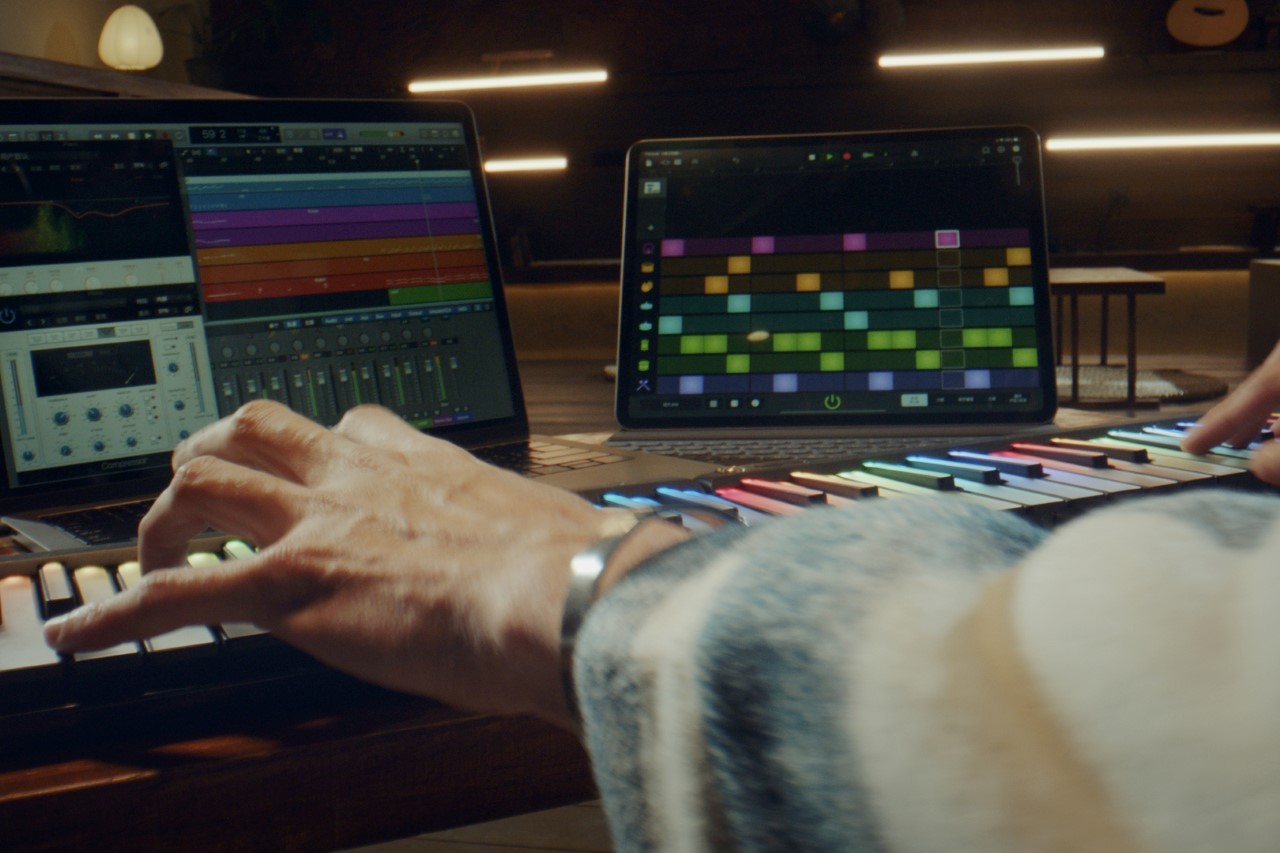 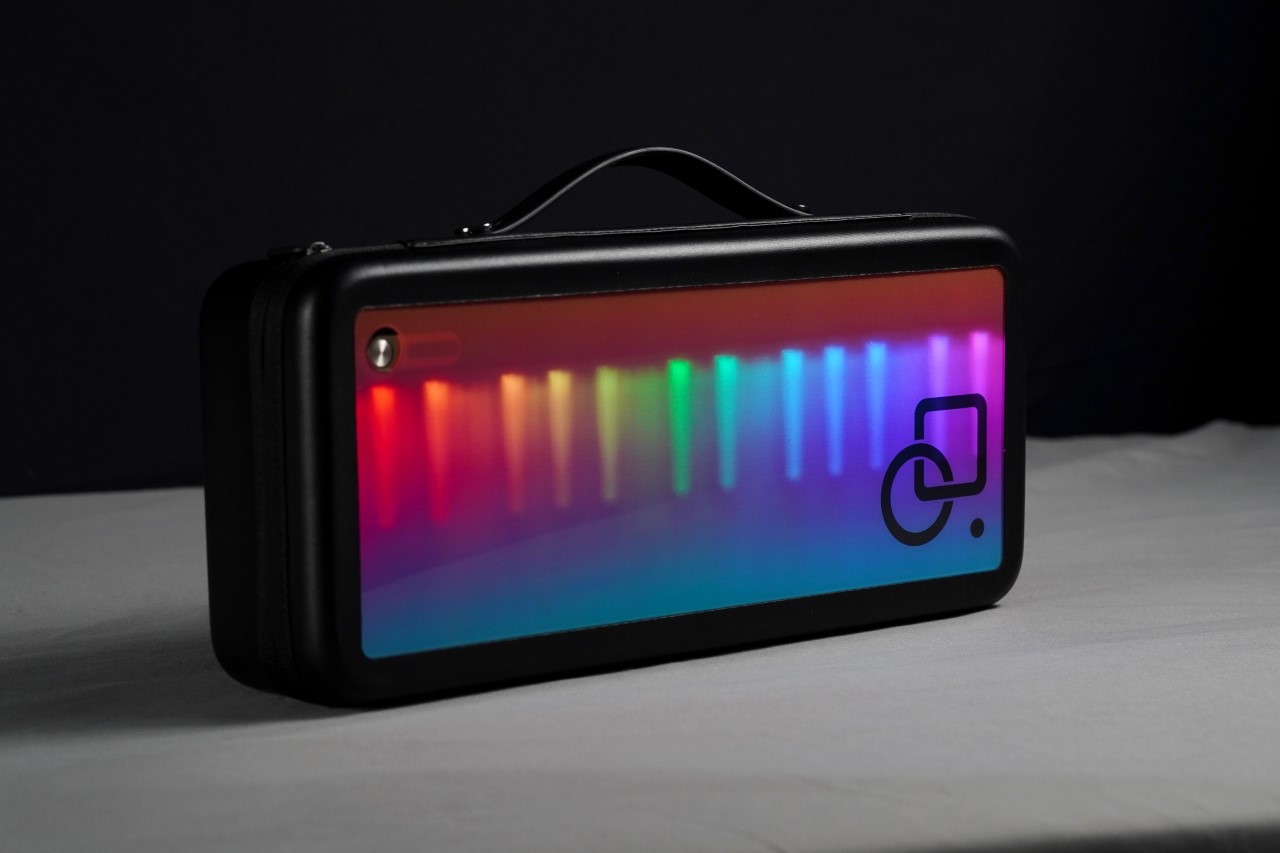