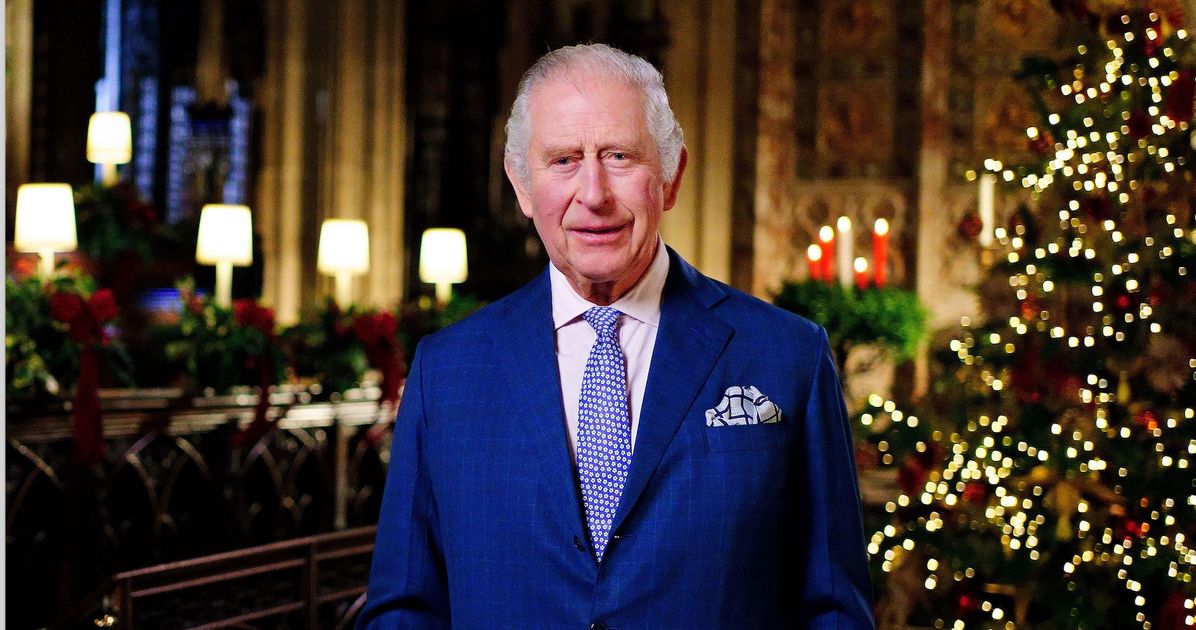 King Charles will address the audience for his first Christmas broadcast. A photo of Charles, taken during the recording of his inaugural celebratory speech, has been released ahead of the Christmas Day broadcast.

The King is expected to pay tribute to the late Queen Elizabeth on his first Christmas message to the nation. Ahead of the broadcast, the palace released a sneak peek photo.

But there is one important difference that you can see in an instant: the monarch is depicted giving his speech. In recent years, the Queen has recorded her Christmas broadcast sitting at a desk, but she has also stood for decades.

The celebratory message was recorded on Dec. 13 at St George’s Chapel, Windsor Castle, a religious building that has a strong connection to the late Queen.

The monarch’s wedding service was held at the place of worship and she was buried in the George VI Memorial Chapel, in St George’s, with her husband, the Duke of Edinburgh.

Charles spoke touchingly of his “beloved mother,” who reigned for 70 years, in his first broadcast as King showed the day after her death on September 8.

In that speech he said, “We owe her the most sincere debt a family owes to their mother; for her love, affection, guidance, understanding and example.”

In the background you can see a large Christmas tree decorated with ornaments, which are apparently made of sustainable materials, including paper and glass, but also natural products such as pine cones.

As Prince of Wales, the King regularly expressed concern about environmental threats and made efforts to bring governments and the private and public sectors together to find solutions to the climate change crisis.

The photo also shows leaf decorations placed between the stalls in the quire, featuring holly, berry ivy and red skimmia.

Following the recording of the King’s celebratory speech, the Christmas tree was reused by St George’s Chapel at the Dean’s Cloister for visitors to enjoy.

The broadcast was produced by BBC Studios Events ahead of ITV whose turn it was to record the King’s first celebratory speech under a rotating producer system between the BBC, ITV and Sky News.

A spokesman for Buckingham Palace said the decision was made because the BBC had “experience shooting at St George’s Chapel this year”.