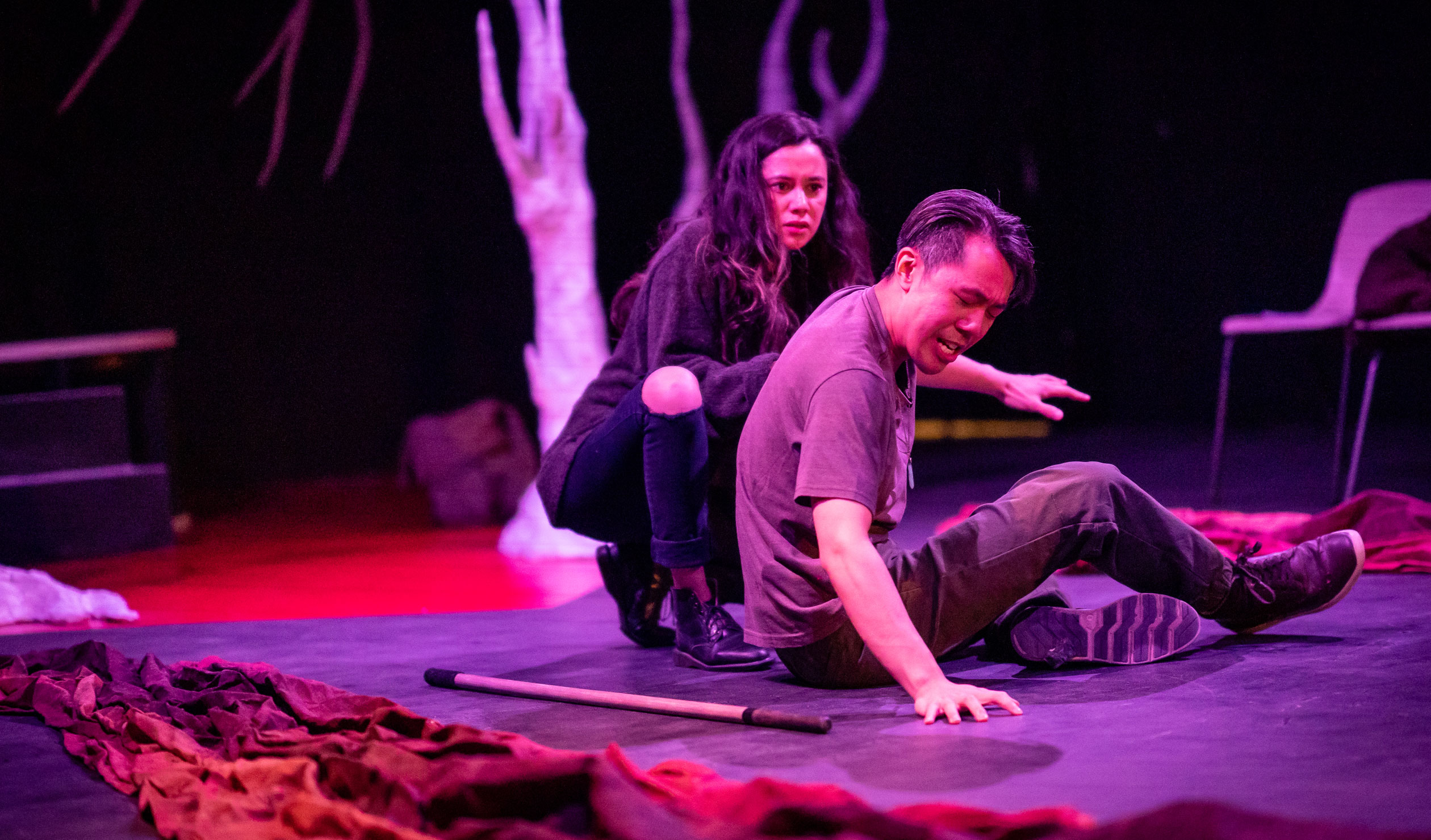 Cold hands opens with a look at the creation story set in an imagined future and is in fact a recount of destruction. A mother (Bonet Leate) tells the audience how demons have stolen all of the world’s gold – the stuff that once balanced life on Earth.

Written by Dora Abraham, winner of the 2020 Flinders University Young Playwright’s Award and with its world premiere in Rumpus, the play opens on an annual hunt near a post-mining town, where this mother character teaches a sick girl (Danielle Lim) to read . They soon encounter a Hunter (Sam Lau), who has a strong bond with the land.

The three characters embark on a shared journey to survive. Meanwhile, they hide a secret: the girl can turn things into gold.

cold hands’ characters are built on tropes of well-known narrative figures: a mother, a girl and a hunter. Led by Zola Allen, captivating performances and good chemistry between the three give life and depth to these tropes. It is the relationships portrayed on stage that bring a sense of humanity to the play, allowing the audience to navigate this mythical post-apocalyptic world.

Leate has captivated the audience with her opening line, and the protective, loving instincts of a mother figure immediately emerge as she interacts with the girl. Lau, who sometimes speaks in Cantonese, portrays the hardened fighter with a hidden sensibility that moves the audience and complicates his character. Lim reflects childlike innocence and hope and gives a beautiful performance in the role of Girl, later known as Coldhands. She even draws the audience’s laughter, in the midst of a generally grim story.

Ellanna Murphy’s set is a striking visualization of a mythical climate change story. The audience sits along the walls of the performance space, while the set extends across the room. Red sheets delineate the boundaries between the audience and the performers and give the feeling that the characters live in a burning world.

Above the stage is a stunning collection of bare, white trees, matching the play’s post-apocalyptic themes. They encircle a small raised dais, which later serves as an offering platform.

The lighting, designed by Kobe Donaldson, blends seamlessly with the set and is imaginative, especially in showing light and gold in a dark and desolate world. Antoine Jelk’s sound design brings to life the threat of the demons, while the music, composed by Alex Mader, creates a powerful atmosphere of tension and urgency that moves with the story. 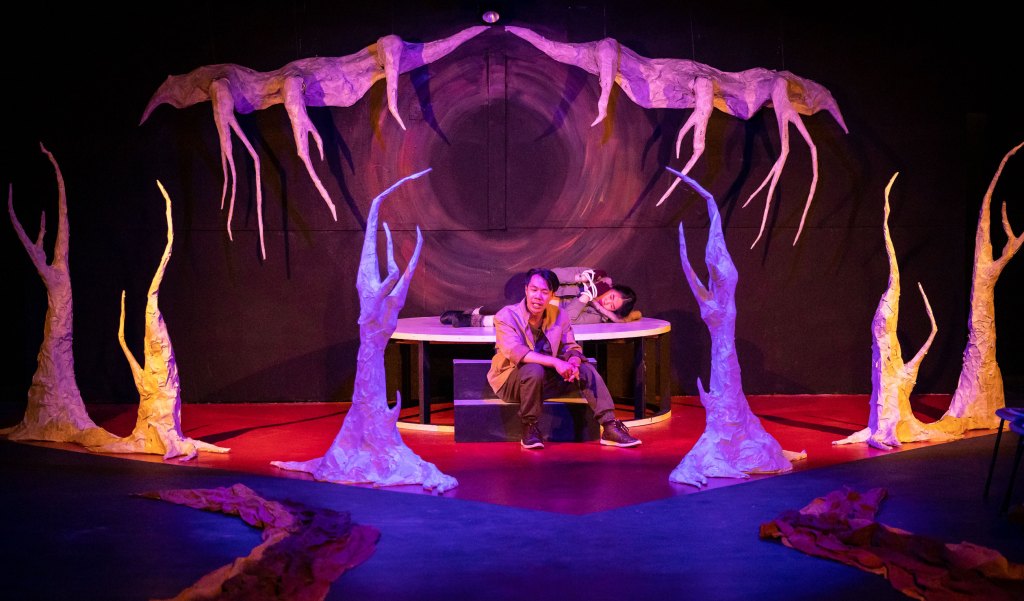 Abraham’s writing is poetic, but sometimes specific messages and symbolism can be vague. It appears to be a broad narrative about the impacts of climate change and loss of connection to land, but audiences may be looking for a more sophisticated narrative progression.

While providing insight into the potential for a bleak future, Cold hands also gives hope in the form of relationships, connection and the ambition of future generations.

Cold hands is at Rumpus until December 4.

Your support will help us continue InReview’s important work in publishing free professional journalism that celebrates, interrogates and empowers arts and culture in South Australia.