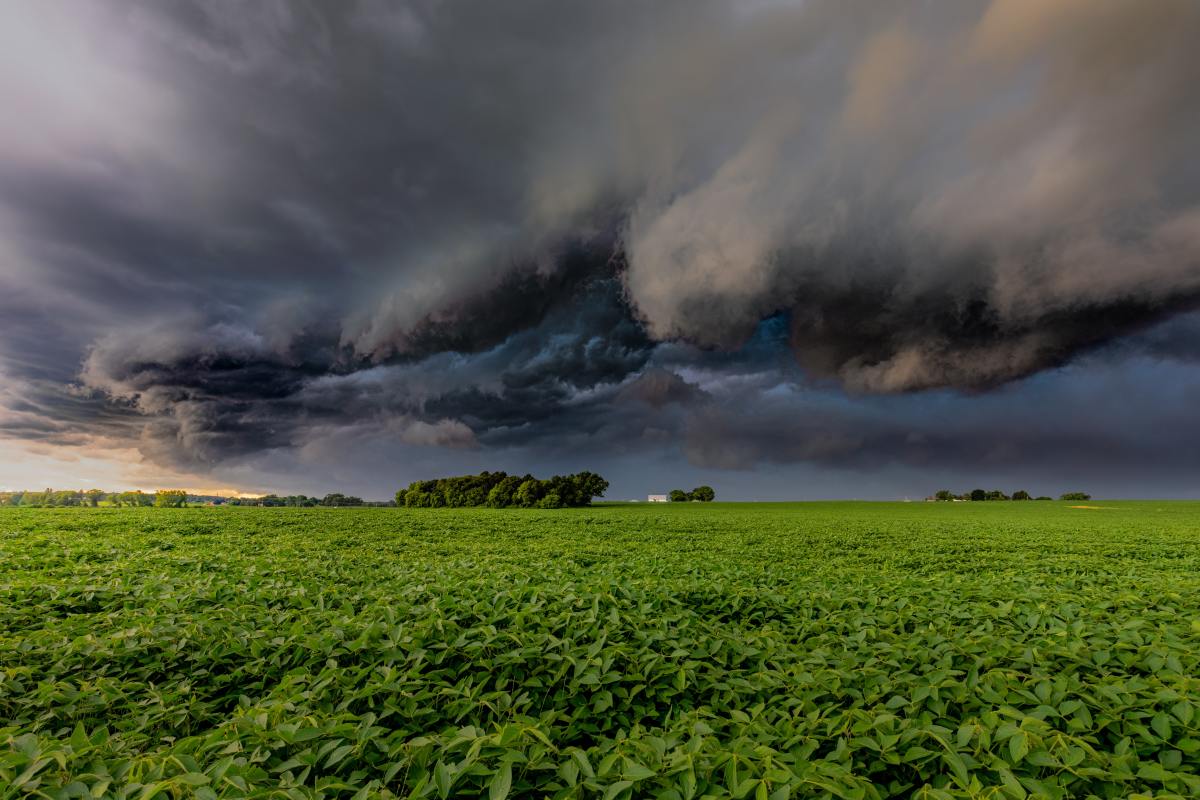 At 5:59 p.m. CST, Environment Canada meteorologists are monitoring a severe thunderstorm that may trigger a tornado. Harmful winds, large hail and locally intense rainfall are also possible. This storm is currently south of Raymore, Saskatchewan, and is moving southeast.

At 5:53 p.m. CST, Environment Canada meteorologists are monitoring another severe thunderstorm that may trigger a tornado. Harmful winds, large hail and locally intense rainfall are also possible. Doppler radar indicates a potential tornado near Good Spirit Lake to the east.

Tornadoes are dangerous and can create life-threatening situations. If impending weather approaches, take cover immediately, especially if you hear a roaring sound, see a funnel cloud, swirling debris near the ground, or flying debris.

Find shelter indoors, ideally in a lowest-floor room away from exterior walls and windows, such as a basement, bathroom, stairwell, or closet. Leave mobile homes, vehicles, tents, trailers, and other temporary or detached shelters and move to a strong building if possible. As a last resort, lie down on a low spot and protect your head from flying debris.

See below for more details on the forecast for the Prairies. 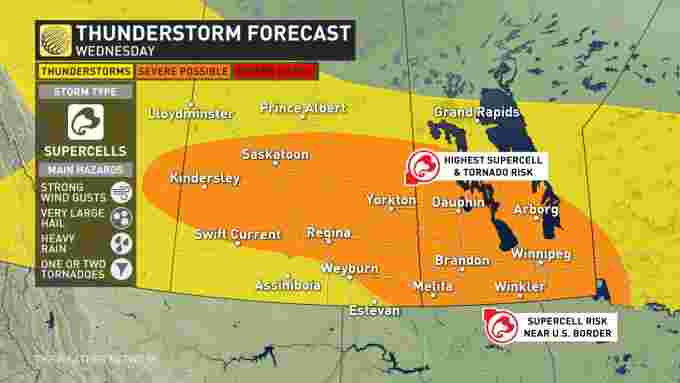 The strongest thunderstorms that form can produce very large hail — the size of golf balls or larger — along with a risk of strong gusts of wind and heavy rainfall. Tornadoes are also possible.

Tornado watches have been issued for Kamsack – Canora – Preeceville and Yorkton – Melville – Esterhazy in Saskatchewan. 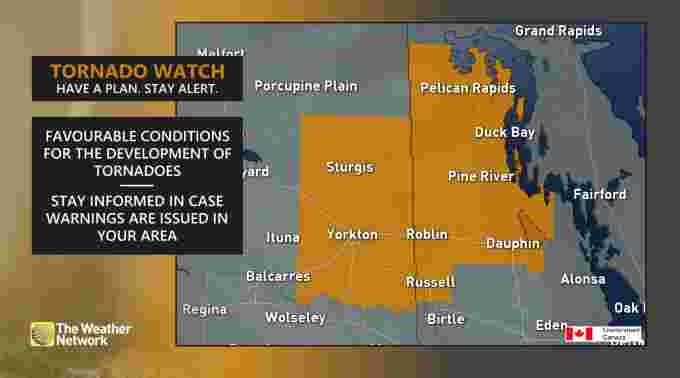 Things are looking much calmer as we look ahead to the long weekend.

Cooler conditions behind this latest storm system will bring under-season temperatures to the region on Canada Day. People in southern Manitoba are sure to feel the relative cold, with temperatures hovering around 20°C all weekend – a few degrees below season. 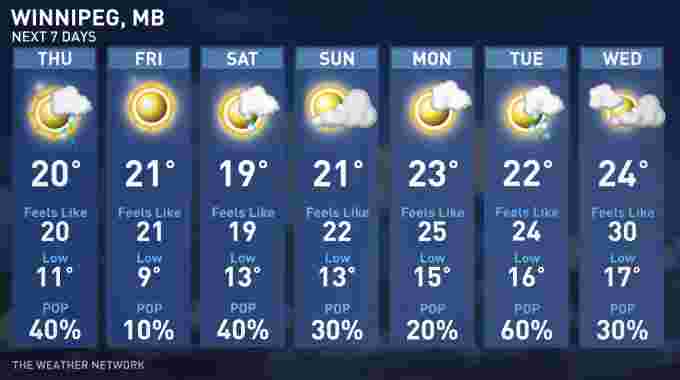 We’ll see a warm-up heading into the first full week of July. Daytime peaks across the region will reach mid to 20s for most of the next week, which is warm but certainly not excessive for this point in summer.

Scattered showers and thunderstorms are possible across the Prairies from this weekend through next week, with the highest chance of some pop-up precipitation falling over Alberta on Sunday and Monday.

Check back for the latest on conditions in the Prairies.