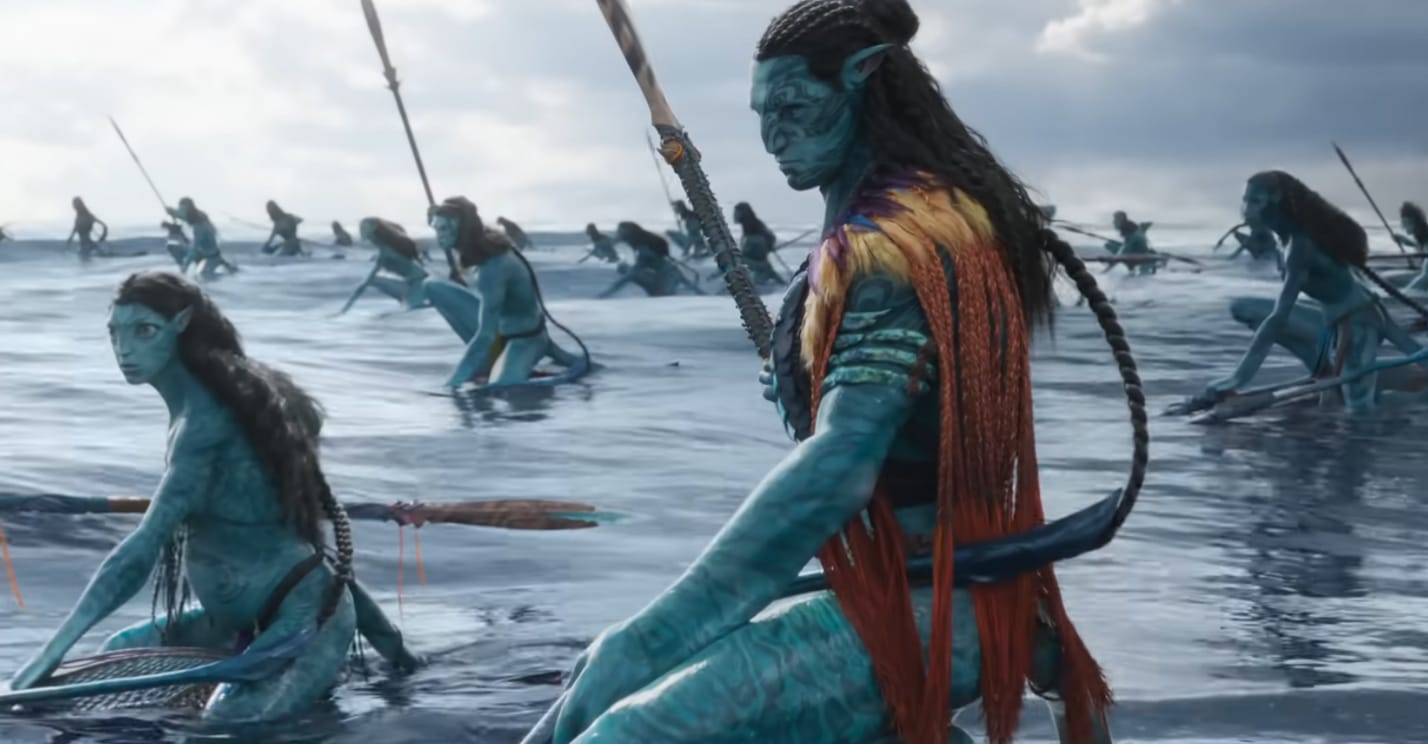 The debut trailer for Avatar: The way of the water drew nearly 150 million views in one day. This is not surprising, but it is also no reason to celebrate. On the one hand, Avatar is the current highest-grossing film of all time, so a sequel should attract so much attention. On the other hand, the original Avatar is infamous for having little cultural impact, with many wondering if 13 years later it’s now too late for a sequel – let alone the four sequels creator James Cameron has planned. Indeed, Avatar: The way of the water takes place in a different setting than the original movie did, and it’s probably not a good sign for Cameron’s passion project that the main thing people seem to be talking about is why this movie even exists.

Reaching 150 million views is certainly impressive, but it goes without saying that trailer hits don’t equate to ticket sales. Fifty shades darker had a similar headline-worthy 24-hour trailer count, clocking in at roughly 114 million views in 2016, but I can guarantee 114 million people haven’t seen it Fifty shades darker. Trailers are meant to sell customers about a movie, and view counts only show how many people could potentially see the movie.

If the purpose of the trailer was to tell people why they should watch it Avatar: The way of the water, then the film has done a mixed job. If you look at the comments on the main account page, you will notice that many people are praising the technical performance of the trailer. Cameron has delayed production on the film several times, in part because all he wanted to perfect with this film was shooting it underwater. He wanted to make underwater motion capture seem seamless as he has a deep passion for the sea, filming several documentaries on the ocean and in 2012 undergoing a solo deep-sea excursion of the Mariana Trench.

If that was the case, Cameron should have put these details at the heart of the Way of Water trailer. During that one minute and thirty-seven seconds, there were a total of four shots showing this new technology. That was probably enough to entice a lot of James Cameron fans, but to a general audience unfamiliar with the production of the film and why it took us so long to actually see the damn thing, it just looks like nice water physics. That’s not as big a selling point as the claims of the original movie.

When Avatar released in 2009, marketing focused on Cameron’s latest tech passion project: 3D. 3D has been a gimmick in the movie industry since the 1950s, but Avatar was one of the first movies to give it a fundamental feel to the viewing experience. That is indeed undeniable Avatar was intended to be seen in 3D and it took years to develop the technology to fully immerse the audience. This almost certainly led to high ticket sales; if you wanted to see Avatar in 3D, as it was recorded to be in it, you had to pay a little extra.

The evolution of 3D technology was easy to communicate with the viewers. What makes capturing water movements an advanced technology that everyone should see?

Even then, advanced technology does not guarantee that the end product will be revolutionary. The Hobbit: An Unexpected Journey was the first major movie to be released theatrically, shot at 48 frames per second, but that didn’t really boost the box office. In fact, that was one of the elements most moviegoers criticized, because it’s easier to see the fakeness of what’s on screen. Tech doesn’t sell movies; good movies sell movies. If the experience is something you must see, word of mouth will keep crowds flocking to the theaters, as was the case with the original avatar.

Cameron and his crew at 20th Century Studios aren’t marketing Avatar: The way of the water on its technical performance. They are marketing it as a sequel to Avatar, which may or may not bear fruit. The original movie has a devoted fan base, and it’s probably safe to say there’s a contingency of people nostalgic for the world it created. But if the studio expects this to be enough to generate revenue to justify further sequels and come close to the amount its predecessor made, that could be a mistake. Just because something is associated with a popular franchise doesn’t mean it will automatically make money, something Warner Bros. currently discovered with his Fantastic Beasts franchisee.

The film landscape today is different from ten years ago. Back then, cinemas were king and Avatar was something the public was starving to see. It had been years since there was a multi-million dollar sci-fi epic with special effects that could only be dreamed of. Cameron himself pioneered such films with the terminator and Aliens†

But now, Avatar: The way of the water doesn’t feel special. Marvel is the biggest game in town, and all of its movies are multimillion-dollar sci-fi epics with special effects that constantly impress audiences. Avatar used to be one of the most expensive movies ever made, but now more than a dozen movies have passed by.

Then there is only the environment itself. Like it or not, streaming is now the way to go, as theatrical circulation continues to shrink to quickly send movies to streaming services. Ticket sales have fallen since then, partly due to the arrival of streaming services, but also due to the COVID-19 pandemic that is crippling the theater industry. Your tent pole blockbusters are still garnering huge numbers, but those have generated a FOMO cult that basically demands you see the release day or else you risk spoilers or the stigma of not being a true fan. Avatar isn’t a franchise that can command such a presence, especially after a decade of people making it clear whether you’re talking about the Airbenders series or the blue people one when you bring it up.

On the other hand, history may be ready to repeat itself. People underestimated Avatar in 2009, unsure it would even become a box office hit, only to end up being completely proved wrong. That could very well happen here. Maybe all the trailer hits will be turned into ticket sales, or audiences will be moved by the aquatic cinematography and flock to theaters again to see it. But it all seems a bit too idealistic to me. The reality is that James Cameron can have an uphill battle if he really wants all those extra sequels made.