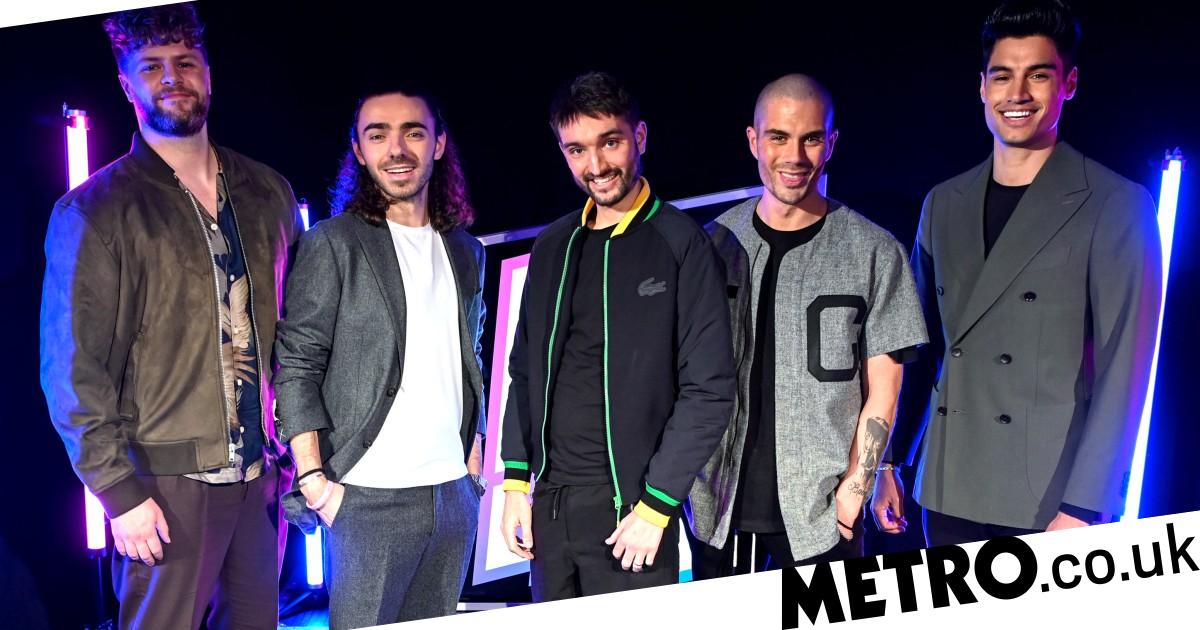 Parker, 33, died on Wednesday (March 30) after battling a stage four glioblastoma brain tumor for almost two years, leaving behind his wife Kelsey, 32, and their two children Aurelia, two, and Bodhi, one.

Since his death, fans have begun campaigning for the band’s hit song Gold Forever to re-enter the charts, and for it to hit the number one spot.

The song soared in the iTunes UK Top Tunes list, reaching number two and beating the highest spot it reached when it was released in 2011, which was three in the charts.

Originally released in aid of Red Nose Day in 2011, Gold Forever now appears to be headed for the number one spot.

Many of the band’s fans are campaigning for people to buy the song in order to pay tribute to Parker.

Parker was a member of the band alongside other members Nathan Sykes, Max George, Siva Kaneswaran and Jay McGuiness.

The group achieved two number one hits, with songs All Time Low and Glad You Came. They were certified for 600,000 albums, and sold 2 million singles in the UK.

Taking to Twitter, many of Parker’s fans have been campaigning for the song to reach number one.

One fan tweeted: ‘Gold Forever being number 1 in the UK is making me so happy, this is for you Tom.’

Another added: ‘Gold Forever is still Number 1, even though Harry Styles has released new music, and honestly I couldn’t be happier.’

Others were blown away that the song entered the charts despite the fact Harry Styles had just released his music video As It Was.

Many shared the much-loved lyric ‘Some days stay gold forever’.

Some shared updates on how they’d purchased the song in a bid to get it to number one, with one adding: ‘I’ve just bought Gold Forever off iTunes to get thewanted to no1 in memory of Tom Parker xx big fan of the wanted’

Following Parker’s death, the band took to their Instagram account to pay tribute to their beloved bandmate.

In the post, they said: ‘Max, Jay, Siva, Nathan and the whole Wanted family are devastated by the tragic and premature loss of our bandmate Tom Parker, who passed away peacefully at lunchtime today surrounded by his family and his band mates.

‘Tom was an amazing husband to Kelsey, and father to Aurelia and Bodhi. He was our brother, words can’t express the loss and sadness we feel. Always and forever in our hearts.

Parker’s fellow bandmates also shared photographs of themselves all together on their individual instagram pages.

They all simultaneously captioned them ‘dream team’, showing the five-piece on stage with the late singer.

on wednesday, Parker’s wife Kelsey shared the heartbreaking news that her husband had died.

Taking to Instagram, she wrote: ‘It is with the heaviest of hearts that we confirm Tom passed away peacefully earlier today with all of his family by his side.

‘Our hearts are broken, Tom was the center of our world and we can’t imagine life without his infectious smile and energetic presence.

‘We are truly thankful for the outpouring of love and support and ask that we all unite to ensure Tom’s light continues to shine for his beautiful children.

‘Thank you to everyone who has supported in his care throughout, he fought until the very end. I’m forever proud of you.’

MORE : Tom Parker’s episode of Pointless to air weeks earlier than planned in tribute to The Wanted star