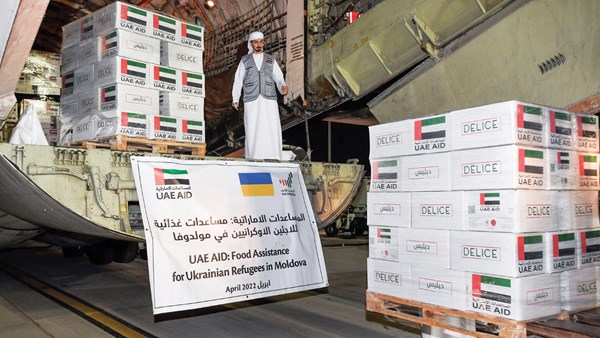 His Excellency Dr. Anwar bin Mohammed Gargash, Diplomatic Adviser to His Highness the President of the State, affirmed that UAE positions are governed by principles and values, and are not dragged into outbursts, emotions and ax policies, emphasizing that this applies to the state’s position on the war in Ukraine, which is based on international law and is rejected. The use of force, respect for the sovereignty of states and the resolution of disputes through the political and diplomatic track.
He explained that the state believes in the need to resort to laws and to prioritize wisdom and dialogue, in order to find political solutions to international conflicts and disputes.
His Excellency wrote in a tweet on his official account on Twitter: “The positions of the UAE are defined by principles and values, and are not swept up in outbursts, emotions and the politics of axes through the political and diplomatic track.
He added: “The UAE is not in the business of changing its principled views and belief in the need to resort to law and prioritize wisdom and dialogue to find political solutions to international conflicts and disputes. We live in a region that has long suffered from violence, and we are aware of its meanings, effects and negative impacts on all aspects of life.”
The UAE had called two days ago in a UN Security Council session on Ukraine to prioritize de-escalation, resolve the crisis and find ways to find a diplomatic solution that alleviates human suffering, and warned of the enormous human costs of victims, displaced persons and tens of millions around the world facing a lack of food security as the crisis enters its fifth month.
In the statement, she said, inciting violence was one of the concerns raised by the conflict in Ukraine.
According to the statement, the UAE condemned hate speech and incitement, and emphasized the need to address the harmful use of technology in promoting hate speech and to be accountable by impartially establishing facts.
“It is clear that the humanitarian needs are enormous and require a long-term response,” she said.
Last week, the UAE sent 27 tons of food and medical supplies to help those fleeing the conflict.
The UAE indicated that “with the escalation of the crisis in eastern Ukraine, there are increasing reports of civilian casualties and a decrease in the ability to access basic necessities such as food, clean water, electricity and others”.
She pointed out the need to voluntarily allow safe passage for people seeking safety, and that this should be at the forefront of Security Council deliberations. She stressed that all parties must abide by their obligations under international humanitarian law.
In the statement, the UAE called for constructive dialogue to promote tolerance.
In particular, she denounced the threats to aid workers, in light of the ripple effect on civilians trying to help.
Meanwhile, the UAE welcomed the efforts of UN Secretary-General Antonio Guterres and others to try to bring the two sides of the Ukraine crisis together, as well as their efforts in addressing the wider implications of the conflict, especially Ukraine to help reduce food insecurity.
At the end of the statement, she said: “The establishment of peace must be our primary goal, and the Security Council may make every effort to achieve this goal.”