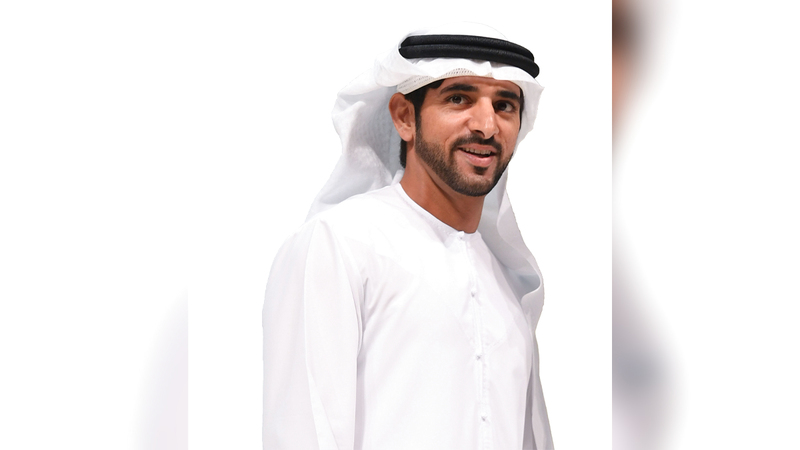 His Highness Sheikh Hamdan bin Mohammed bin Rashid Al Maktoum, Crown Prince of Dubai and Chairman of the Executive Council, yesterday blessed the leadership and people of the UAE on the success of the mission “Sirius 21”, the first Emirati mission to space to simulate.

His Highness said in a post on Twitter: “We congratulate the leadership and people of the UAE on the success of the mission (Sirius 21), the first Emirati mission to simulate space. The mission was launched on November 4, 2021 and lasted 240 days in Moscow, with the participation of Saleh Al-Amiri and simulation pioneers from Russia and America.A new achievement has been made for the sons of the Emirates and the team of the Mohammed bin Rashid Space Center.”

Yesterday, the center announced the completion of “mission number one” of the Emirates Space Simulation Project, and the achievement of its goals with great success, as part of the international scientific research program at the unique “Sirius 21” ground station, which was launched on November 4, 2021 and took eight months with the aim of studying biomedical problems and psychology in humans, caused by isolation in space and movement limitation, and participated in the mission astronaut simulators from Russia, United Arab Emirates and United States of America.

The United Arab Emirates’ participation in the mission is intended to support scientific communities and research centers locally and globally, as the results of the mission will be positively reflected in the efforts of scientific research, especially that Al-Amiri conducted 70 experiments during the duration of the mission, including five participations from four Emirati universities in the fields of physiology and science, psychology and biology.

The Mohammed bin Rashid Space Center had announced the opening of registration to participate in the Emirates Space Simulation Project “mission number one” in February 2020, where it received 172 applications to join, while the applicants underwent strict evaluation processes in accordance with with the best international standards, leading to the selection of a valid Al Ameri and Abdullah Al Hammadi, to start the first Emirati mission to simulate space.

Hamad Obaid Al Mansouri, Chairman of the Board of Directors of the Mohammed bin Rashid Space Center, said: “The strong support of the UAE leadership for the development of the space sector is the foundation for the UAE’s vision of achieving successive results. in the field of space studies, to put the country in the ranks of advanced countries in the field of space.Which with its results contributes a lot to improving the future of mankind.”

He explained that “the people of the Emirates are once again proving the magnitude of their ability and capabilities, which the world is witnessing in the space sector”, adding that “we will work to support the continued successes of the various UAE projects.” achieve through our upcoming projects.”

He added: “The pioneer of the Emirati space simulation, Saleh Al-Amiri, adds new experiences to the Emirati project in the space sector, thanks to his efforts and perseverance that led us to the success of this mission.”

He pointed out that “The UAE’s participation in this mission, with four space simulators from the Institute of Medical and Biological Research in Moscow and the US Space Agency, confirms the great confidence the world places in the capabilities of our national frameworks, and reflects the magnitude of the contributions that national projects make to the space sector, to serve humanity and the well-being of the global scientific community.

For his part, the director-general of the Mohammed bin Rashid Space Center, Salem Al-Marri, confirmed that the pioneer of space simulators, Saleh Al-Amiri, has succeeded in achieving the goals of the first Emirati mission to simulate space, with achieve his efforts. and perseverance during the eight-month mission period within the (Sirius 21) program. He pointed out that “the positive results achieved by the scientific experiments that have taken place will contribute significantly to studying the effects of isolation on human psychological aspects and physiology, in addition to helping prepare for future space exploration missions.”

In turn, the director of the “Mars 2117” program at the Mohammed bin Rashid Space Center, Adnan Al Rayes, said that the “Sirius 21” mission has had many successes, but the greatest achievement is proving an important fact namely that space studies are achieved through concerted efforts and the participation of individuals from many countries around the world.

Al-Rais explains: “The Sirius project has become a platform that helps us gain a better understanding of spaceflight and study the effects of spaceflight factors on physiological and psychological aspects. The project has proved feasible through international collaboration aimed at conducting space-related studies. Moreover, it achieved the desired success as the mission personnel worked together to achieve the common interest for the benefit of the whole world.”

Saleh Al-Amri’s experiments spanned the fields of physiology, psychology and biology, and research from the Emirati universities selected for the mission included research from Mohammed bin Rashid University of Medicine and Health Sciences, which focused on the effects of long-term exposure to simulated environments of life in space on changing the state of the heart and blood vessels and postural cardiac interactions, while the research topic presented by the University of Sharjah highlighted the study of determining the effects of stress caused by isolation, on circulatory and skeletal muscle function, in crew members during the mission, measuring clinical, genomic, transcriptional and proteomic parameters.

The list of research topics submitted for the mission included a study presented by the American University of Sharjah on alleviating psychological stress in periods of isolation and closed environments, while the United Arab Emirates University proposed research on the psychological challenges of isolation during Human flights into space: the role of motivational dynamics Intense interval training as a measure to prevent bone density loss and insulin resistance in the space environment.

Al-Amri’s experiments, which he conducted successfully and with great success with the mission team, include simulating the operation of a space robot, reducing stress in isolation, and virtual reality experiments, including launching a vehicle. and securing the link with the International Space Station, and flying over the Moon and Mars. He also conducted an electroencephalogram experiment, with the aim of getting a clear picture of isolated brain functions, which helps scientists identify the brain’s interaction and changes in cognitive functions, when they are in isolated environments for a long time, in addition to an examination of the samples he collected with his colleagues, while having a simulation experience of landing on the moon’s surface, collecting samples and transferring them to the lunar base, experimenting with using the robotic arm to lift cargo vehicles pick and transport equipment “Kandarm 2”, and many other experiments.

Abdullah Al-Hammadi, the pioneer of space simulation, who sits in the control room, played an important and major role in the success of the mission of his colleague Saleh Al-Amiri and crew members. The operations center and the data analysis during the period of scientific experiments, to accurately make a clear future plan for different scenarios, in addition to communicating and providing psychological support to all crew members.

Al-Amiri succeeded in achieving the mission’s objectives and studying the effects of isolation on humans.

“The sons of the Emirates prove their ability and abilities, which the world is witnessing.”