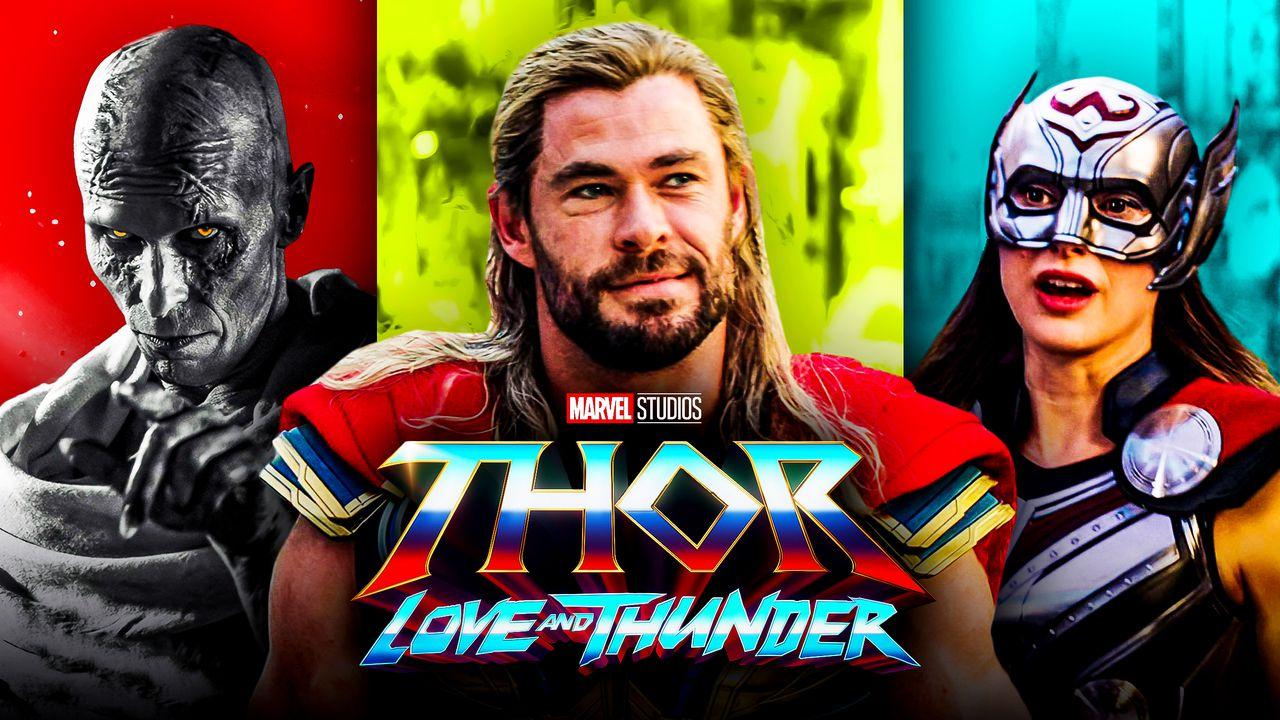 In Phase 4, MCU fans have become more interested than ever in the running time of the latest releases as they keep asking for longer episodes and big screen adventures. Almost all Disney+ series have been criticized for the length of their episodes, but Doctor Strange in the Multiverse of Madness was the last to fall victim to this, as it came in at just 2 hours and 6 minutes.

Thor: Love and Thunder is getting closer to its July release and fans are beginning to speculate how long it will be. Between spending time with the Guardians of the Galaxy, re-introducing Jane Foster as the Mighty Thor, and diving into Christian Bale’s Gorr the God Butcher, director Taika Waititi has a lot to accomplish with Love and thunder.

Rumor has it that the final adventure of the God of Thunder is between 1 hour, 55 minutes and 2 hours, 20 minutes – a range that can be the difference between disappointment and excitement.

With less than a day to go before tickets finally go on sale, the world’s largest theaters have announced the official playing time.

How long is Thor: Love and Thunder?

What is the Thor Love and Thunder runtime? The two largest theater chains in the world, AMC and Cineworld, have the maturity for Thor: Love and Thunder at 1 hour 59 minutes. Previous conflicting reported run times ranged from 1 hour 55 minutes to 2 hours 20 minutes, placing the last entry at the bottom.

With tickets going on sale Monday, June 13, the latest report will likely reflect the official length of the film.

Thor 4Its 119-minute runtime makes it the shortest MCU theatrical release since 2018 Ant-Man and the Wasp (1 hour, 58 minutes) and the 7th shortest Marvel Studios movie to date.

Here’s the full list of MCU movie runtimes for comparison:

Is Thor 4’s runtime that bad?

In the modern era, many are quick to criticize a big screen outing or Disney+ episode before it’s even released. Pacing on film and television is key; too short and things can feel rushed, too long and things start to drag at a snail’s pace.

Just four months before the 2017 release Thor: Ragnarok, director Taika Waititi spoke to Collider and revealed that his current cut of the film would be just 1 hour 40 minutes, which grew to 2 hours 10 minutes upon release. Waititi also shared his belief that: “stories are better if you leave them wanting more,” and maybe he applies that same logic to: love and thunder†

“The cut right now, I think it’s about 100 minutes. It won’t be a very long movie. I think stories are better if you make them crave for more, and this movie moves with a clip, things happen all the time. I think people will still be exhausted at the end, they’ve made this big trip and stuff, so I don’t think we need the three-hour film.”

From the four movies of the God of Thunder, only Thor: Ragnarok ran for over two hours, and even that just landed just past the target, which means love and thunder‘s runtime is characteristic of the franchise. Only time will tell if the sequel will suffer from tempo issues, but Waititi has shown to be an exceptional director and earn the trust of fans.

The Guardians of the Galaxy will likely disappear from the action within the first 30 minutes, leaving the focus on the existing cast and Christian Bale’s Gorr the God Butcher for the remainder of time. So love and thunder may not have as much to accomplish in its two-hour span as many think.

Thor: Love and Thunder opens in cinemas from July 8.