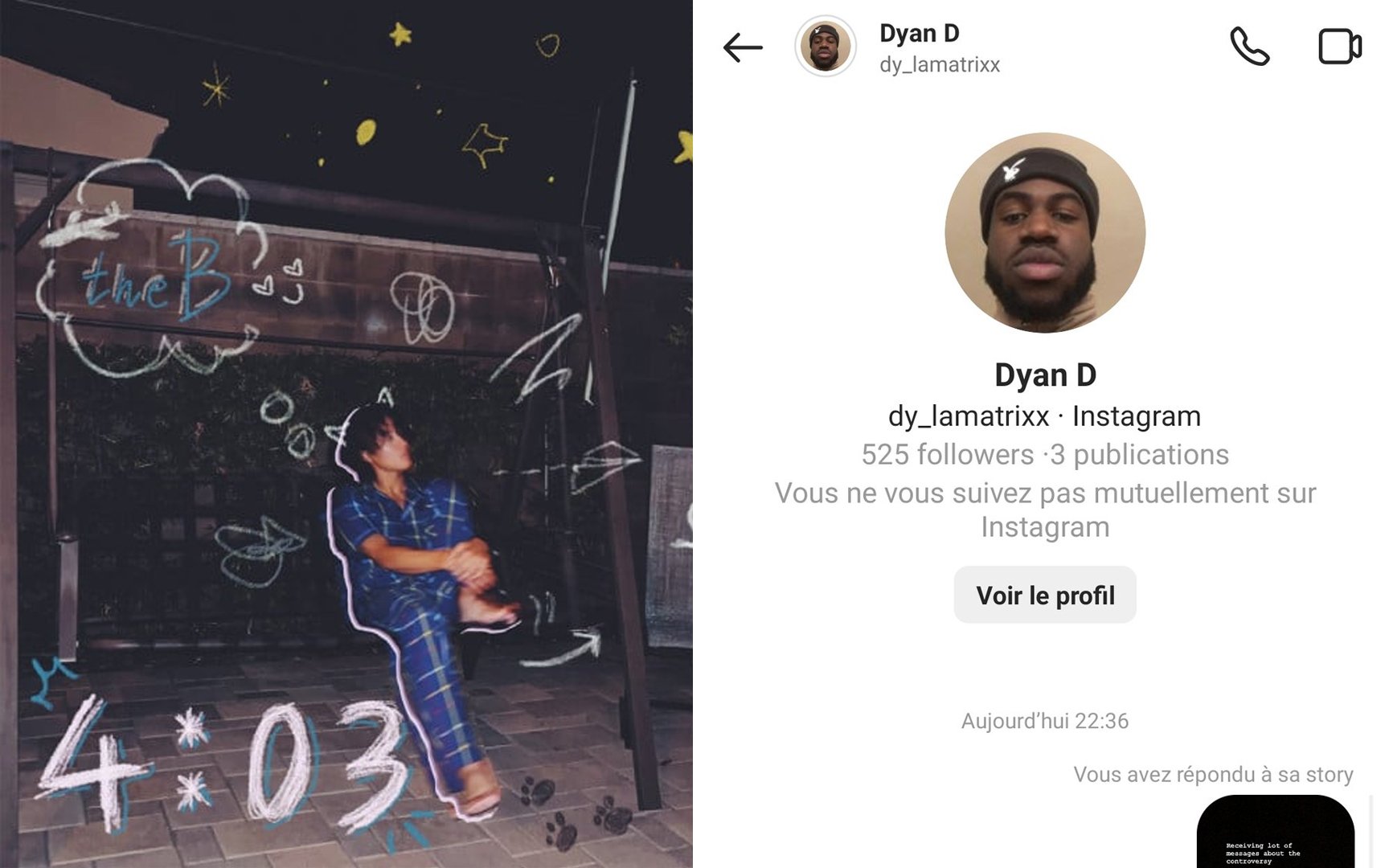 The Boyz will be a member on December 22 Eric released a song titled “4:03Dedicated to his fans and also to celebrate his birthday. The song was supposed to be composed and written by Eric, but he faced a plagiarism controversy as soon as the song was released.

Many accused Eric of plagiarism BAP‘s”Coffee shopand claimed the melody was too similar to be coincidental.

With allegations against The Boyz member, fans decided to reach out Therelisted as producer under the credits.

The producer is said to live in France, and a fan has contacted an account in French that allegedly belongs to the producer, inquiring about Eric’s number. The response the fan got was disappointing as the producer blatantly claimed he didn’t care since he received his money.

As more upset fans spoke out on the matter, Dyan’s alleged Instagram account posted a story claiming he sampled a song and it wasn’t plagiarized.

The producer added a screenshot of the song he sampled “4:03” and explained that it was a free sample he was using.

However, the song the producer claimed to use as a sample is actually a piano cover of BAP’s song. Fans became even more agitated after learning this fact.

Many angry fans claimed that Eric may have been scammed by the producer.

This song got a lot of attention from K-pop fans and even BAP members Daehyun who took to his social media to share that “4:03” does indeed sound close to “Coffee Shop.” Daehyun posted an Instagram reel of his shoes with no words, but with BAP’s “Coffee Shop” in the background.

Meanwhile, The Boyz’s agency has yet to release a statement on the matter.